SOPHIST – Betrothal To The Stone: Conception Of Mephisto 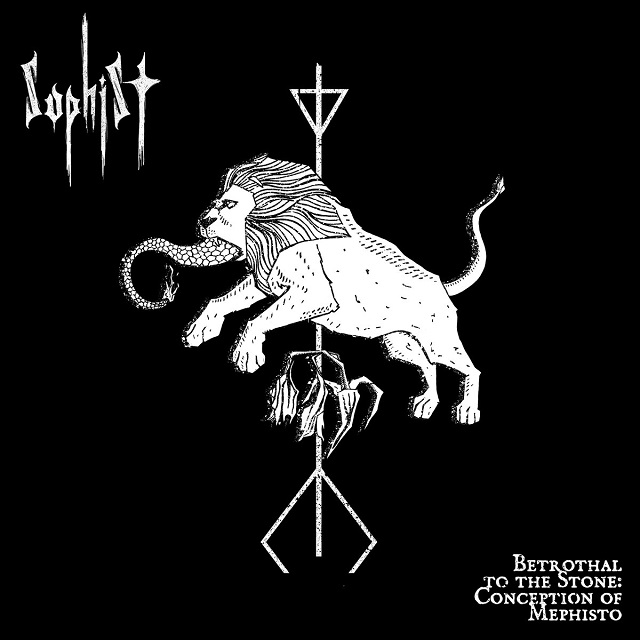 Edmonton duo Sophist didn’t waste any time getting this EP out, the band forming “mere months ago,” according to the press material accompanying this excellently titled release. Sounds like the two gents are inspired enough, the sounds on Betrothal immediately antagonizing the listener with noisy, grinding black metal, but of a variety that’s more clattering urban than whimsical rural. All of which, yes, adds up to the bad trip of Anaal Nathrakh, although Sophist play things a bit straighter than that dynamic duo does (note: a bit, but not much).

Still, “Choke On Your Own Bile” almost threatens to bring the grumpiness to the nightclub before things go sour a few seconds in and it’s back to the basement with you, young man. The three songs proper here do a great job of putting vibe first (seriously, try to remember anything more than “harsh atmosphere” after this EP ends), and I like the band’s blinders-on approach to creating extremely ugly, grinding, raw BM. I thought that the inclusion of instrumental versions of the same three songs at the end was pushing it, but in some ways, the instrumental versions work better because good god that’s a lot of vocal racket, even for someone who eats the extreme stuff up; it’s an interesting experiment that actually paid off. Curious to see if the band can hold listeners’ interest for a full-length; for now, this EP serves as a great dose of afternoon pick-me-up (and accompanying bring-me-down) just fine.