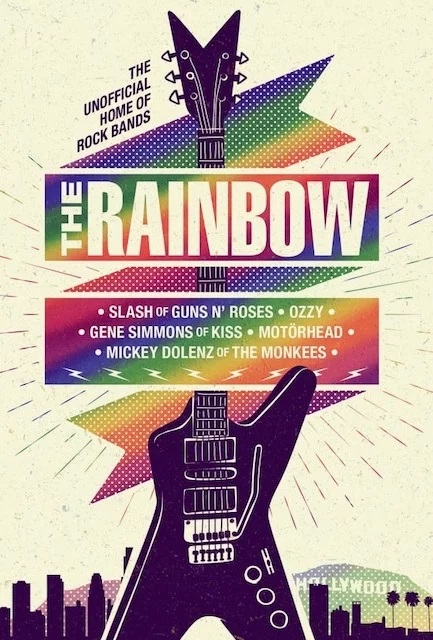 Directed by Zak Knutson, The Rainbow is a 69-minute documentary showcasing the history and significance of The Rainbow Bar & Grill, located at 9015 Sunset Boulevard in West Hollywood, California. The insightful film begins with the restaurant’s most recent global recognition - that being the 2016 unveiling of the statue of Lemmy Kilmister - as The Rainbow was the Motorhead frontman’s second home.

Now a multi-generational family business, The Rainbow was founded by Mario Maglieri – an entrepreneur who genuinely cared about his clientele. Former Guns N’ Roses drummer Matt Sorum says, “Mario was like a father-figure to us all.” Part of what makes the place so special is that it has not changed over the last 43 years; everything’s exactly the way it always was. Furthermore, it was immortalized in the GN’R video “Estranged”. Quite surprising is the intrinsic connection between The Rainbow – an eatery known for pizza, burgers and soup - and The Whisky A Go Go – a legendary concert venue just down the road.

Put simply, The Rainbow was – and still is – the bar to be at; and now you can see inside it. Alice Cooper held court at The Vampire’s Lair - a private club situated upstairs; not open to the public. Testimonies from Lemmy, Slash, Gene Simmons, Ozzy Osbourne, Steve Riley, Lita Ford, and Ron Jeremy, amongst others legitimize the nostalgic, heart-warming attributes of what has become an unintended tourist attraction for rock fans. Long live The Rainbow!