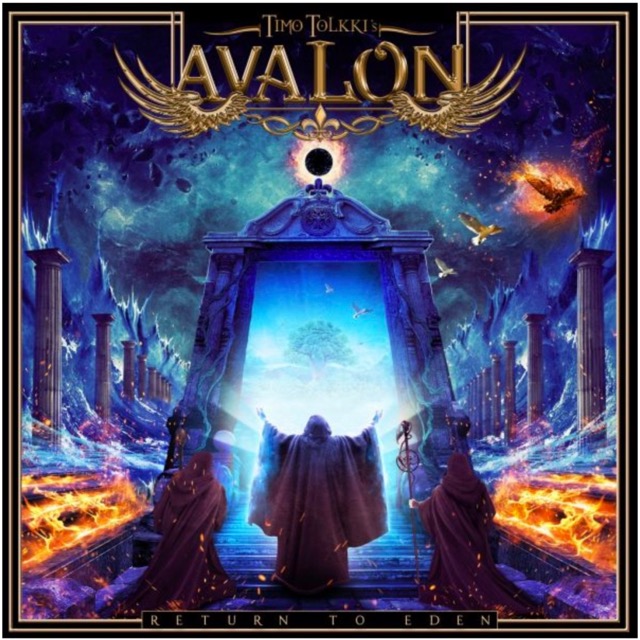 Hall is up first on the double bass driven “Promises”, a speedy, fist pumper that's none too far afield of his Riot V material. Lots of keyboard- guitar interplay, plus neo-classical noodling from Tolkki. The aforementioned, mid-tempo titular cut begins with the stringbender's handiwork, then alternates between the trio of voices, each offering a verse, beginning with Zak. They don't really have a chance to interact with one another. Piano begun “Hear My Call” becomes a plodding, trilling van Giersbergen vocal. Her other choice, “We Are The Ones” is similarly staccato, yet poppy. Honestly I could listen to her sing the Beijing phone book and fall in love, but neither of these are the best use of her talent.

“Now And Forever” returns to an upbeat pace, reminiscent of the catalog from Tolkki's best known, former employer, or current Kamelot (for those unclear of the reference). “Miles Away” seems written specifically for Stevens, not his Tage days, but certainly his own entity, as well as TSO, especially come the guitar flourish and sing-along chorus. Not too surprising the modern take on power metal is reserved for the higher register of Hovinga, even if many are unfamiliar with his past contributions. Symphonic strings and piano (sort of music box intro) begins “Godsend”, the first real ballad of the batch: mournful guitar interlude from Timo. More lilting pomp on “Give Me Hope”, with the ex-Elegy dude. Stevens adds grit to the keyboard hard rocker “Wasted Dreams”, while “Guiding Star” finale is the most up tempo track with female vocals, again Kamelot a decent measuring stick. Sure the stars were glad to get the extra cash, but certainly not an effort that's going to make people forget their day jobs, nor Tolkki's best work.