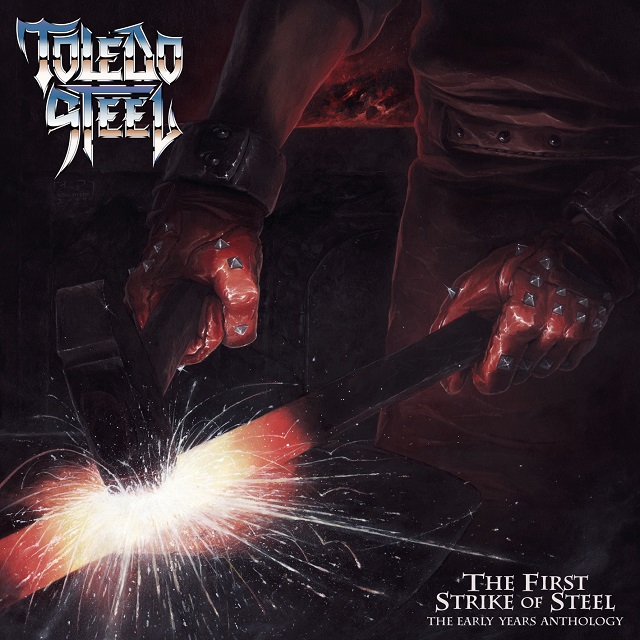 Brand new repackaging of the British traditional metallers' initial pair of long out-of-print EPs: the initial, three song self-titled effort ('13) and Zero Hour follow-up (half dozen, released in 2015). Might not be as well known, nor had as illustrious a career as fellow countrymen/labelmates Tokyo Blade, but these youngsters are starting to get noticed, hence the interest in their origins.

Heavy dose of early Iron Maiden sound and construct in the opening "Alcatraz" (with real "air raid siren!”). A speedy (albeit simple and repetitive) tale of escape from the infamous island prison, there's a subdued guitar break, before returning to a finishing fury. "Black Widow" (trading places with "Flames Arise" from the original running order) is a full on headbanger: nice drum fill midway through, a bit of falsetto, plenty of old school guitar runs and no let-up in pacing. My favorite! From their second disc, "Speed Killer" is a like-minded entry. Both could be outtakes from the Enforcer songbook. In contrast to the ready-to-eat, instantaneous nature of the aforementioned, "Zero Hour" is a 1:18 atmospheric synth & quiet drum intro to "Fallen Empire", with its rafter rattling high vocals and Maiden-ish guitar break. The band's signature tune closes things out, with prerecorded clanks of their trademark swords, in battle. It rides into the sunset on a gallop. Although some of the enthusiasm (and singer's high notes) were curtailed on the No Quarter proper debut (2018), on here, listen to where it all began.