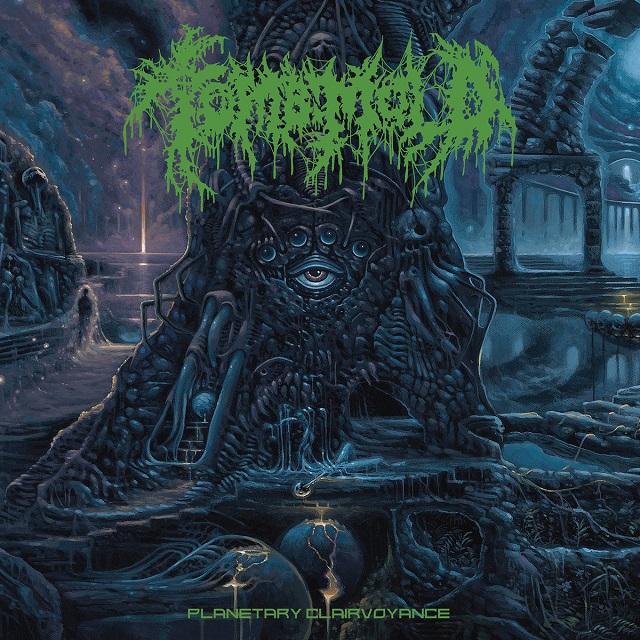 I’ve got these guys filed next to Necrot in the dusty, cobweb-filled corners of my mind, both bands being part of the new(ish) breed playing grimy old-school death metal the way it should be done, both coming atcha from labels to trust, in this case, the hard hitters over at 20 Buck Spin (Tankcrimes handles Necrot).

And, man, this Toronto-based band does it right here on their third full-length, opener “Beg for Life” alone tackling ignorant Autopsy sludge/death and spacey, near-prog atmospherics. But don’t let that fool you: it’s mainly ignorant death, the band absolutely plowing through all the horrible, sewage-drenched sludge and grinding old-school DM, the production helping to capture the vibe perfectly, as proved on songs like the massive, steamrolling, old-school destroyer “Accelerative Phenomenae” and the title track, which blasts with a sort of unhinged perfection while also having a complete control of the mid-paced DM groove and stomp. “Phosphorene Ultimate”, meanwhile, is nothing but atmosphere, the third track here offering three minutes of creepy respite that actually manages to be creepy; well played, Tomb Mold. Also well played is the slow-moving glacier of a song called “Heat Death” that closes off this album with sludgey style. Last year’s Manor Of Infinite Forms was excellent, and with this album Tomb Mold have stepped it up a notch, their knowledge of what makes death metal great huge, and their execution of it done to perfection.