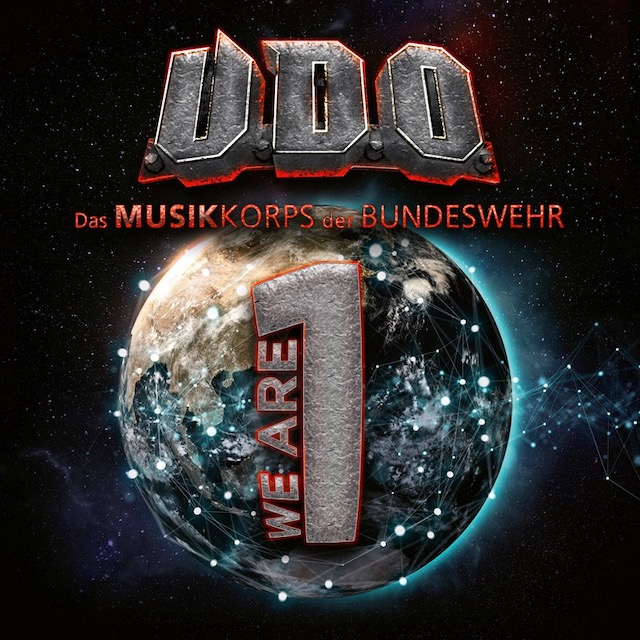 Camouflage meets tuxedos, 15 all new U.D.O. tunes, played by a metal band and classical orchestra: the concert ensemble of the German Armed Forces. It also marks Peter Baltes' first step in reunion with singer Dirkschneider, writing the material (alongside former Accept bandmate/drummer-turned-producer/guitarist Stefan Kaufmann), but not yet performing it. As he gets older, Udo appears to put forth more of a social consciousness, at least for this project, as there are tunes about climate change, refugee crisis, pollution and celebrating this homeland's (although he lives in Spain these days) three decades of reunification. While he's worn combat fatigues since the ‘80s, lest anyone misinterpret his aligning with a military outfit, the opening stomp (apart from the brass fanfares and glockenspiel) of "Pandemonium" denounces right-wing philosophies. Anyone who has been to Wacken, Summer Breeze or Bang Your Head, and possibly other German summer festivals, will be familiar with the rag-tag marching band that strolls the grounds (even backstage) playing metal covers. That's a sonic reference point, although this is more numerous (in terms of participants) and professional.

The upbeat, happy clap-along title track, with backing group vocal, feels like an ABBA song. Gritty staccato guitar "Love And Sin" with a recorder (woodwind) and seems like it might be a legitimate rocker, albeit with bombastic Nightwish arrangements, until the backing female vocal accompaniment. "Future Is The Reason Why" adopts a marching beat, comfortable to both musical forces. Anti-war "Children Of The World' begins as if to be a ballad, but quickly shifts to a slower, bass heavy plod (with typical Dirkschneider growl) until the chorus of children voices. Around midway point of the album, Udo, takes a break. "Blindfold (The Last Defender)" is the requisite ballad, unaccredited female vocals replacing the band's namesake singer. Brass flourish and machine gun replicated rat-a-tat introduce the instrumental "Blackout". Probably best not to have another lyrical song, by that name, from a Teutonic outfit!

"Mother Earth" has a fist thrusting pace that could survive any transition to the concert stage, without symphonic participation, should U.D.O., the band, ever be so inclined. An audible undercurrent of riffing guitar is the bedrock on which "Rebel Town" (the united Deutschland anthem) is built. Saxophone comes in early, on the more sedate "Neon Diamond" (a pun on the "Sweet Caroline singer?), which again sees female voice dominate, albeit in duet, with Udo. Bagpipes commence bouncy "Beyond Gravity", another lyric-less composition, although it does have female (and then gang male) vocals, saying nothing more than "la la la". Jazzy, uptown horns on "Here We Go Again" has Udo in concert with a multi-voiced choir. The one for guitarists is "We Strike Back", minimal highbrow instrumentation getting in the way of the heavy metal. Shame it comes next-to-last in the running order. A chorus of operatic, female voices, on the otherwise instrumental "Good And Evil" closes the album.

Five years ago, with the release of the band's like-minded Navy Metal Night (where known U.D.O. songs were given the orchestral treatment, instead of an all-new batch of previously unheard material), I wrote "Not sure how many times one will listen to these arrangements, but interesting to hear, once." Truth be told, haven't heard it since penning those words and fear We Are One will befall a similar fate, especially given Dirkschneider's near clockwork, annual recorded output.