San Francisco Bay Area based metal band, Kill Ritual, have released a new single, “Thy Will Be Done”, via Blood Blast distribution. The track is off the EP of the same title, that will be released later in the year as a five-song effort.

The band will release the first four songs over a span of four months with a lyric video and artwork exclusive to each single release. An exclusive five-song EP will follow containing the bonus track, “The Opaque Is Divine”. 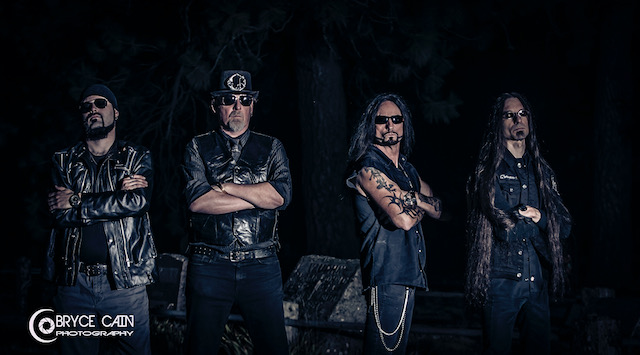 Guitarist Steven Rice comments, “Well goddam I guess we can finally bust the news that we as a band haven’t been holding our collective dicks during the whole global shit show after the release of our album The Opaque And The Divine. With the absolute totalitarian no go on supporting it with touring because of the for mentioned shit show we decided hey what the hell let’s record some more whip ass tunes! Since we had some material from the last release and a couple new tunes worked up we got together in beautiful Coeur d’Alene Idaho to rock out our new endeavour. One week later the tunes were tracked and the stuff was off to awesome Varberg Sweden to be mixed and mastered by the one and only Mr. Andy f#$kin’ La Rocque. After all was said and done we now have a few more ball busters to throw into the live set when we finally get to tour this bad boy. If you dig stuff our material this is right up your turnpike. Fast, heavy, progressive, melodic and real. Enjoy!”

Kill Ritual released their last CD, The Opaque And The Divine, in March 2020. The band has toured with Raven, Iced Earth, Sanctuary and Hirax in both North America and Europe.