Medevil is a highly energetic, fast-paced metal band known for its tight songwriting, intense stage presence, and roaring vocals. Back in 2016, they released their debut album “Conductor of Storms” and this year they are following it up with Mirror In The Darkness, which is dedicated to their late drummer Chris Malcolmson whose drums are recorded on the album. Their first single is “Among Thieves”, a straight-shooting thrashy metal song - with some interesting twists - that bridges the gap sonically between the two albums. Fans of the first album should appreciate this song. A triplet feels with unrelenting riffs, and catchy bass lines, that are brought to life through Liam Collingwood’s vocals and lyrical themes relating to greed, and stealing time (whether your own or someone else’s).

“We are extremely excited to put this one out as the first taste of the new album. This song is definitely the thrashiest, which should connect a lot with people who enjoyed Conductor Of Storms. It has probably the toughest riffs on the album, with all the riffs and layout here written by Gary, and keeps the energy high throughout. We feel like it’ll be a fan favourite live since there are some sections that are easy to chant, and the time changeup keeps it feeling interesting near the end. The lyrics talk about the greed living around us all, from any era, whether is financial greed or stealing someone’s time away from them.”

Mirror In The Darkness definitely has its singles that can be pulled out and enjoyed individually, but Medevil suggests that the best way to get the intended listening experience is to play it front to back in a sitting. They spent a lot of time considering the flow of the album, from fast and energetic to dark and brooding, so there is a lot of variety that will come from a fully engaged listen.

Progressive and powerful, Medevil is recommended for fans of Mastodon, Metal Church, and Accept.

Listen to “Among Thieves” via its premiere on BraveWords; watch below!

Mirror In The Darkness comes out on April 7, 2023. Preorder on Bandcamp. 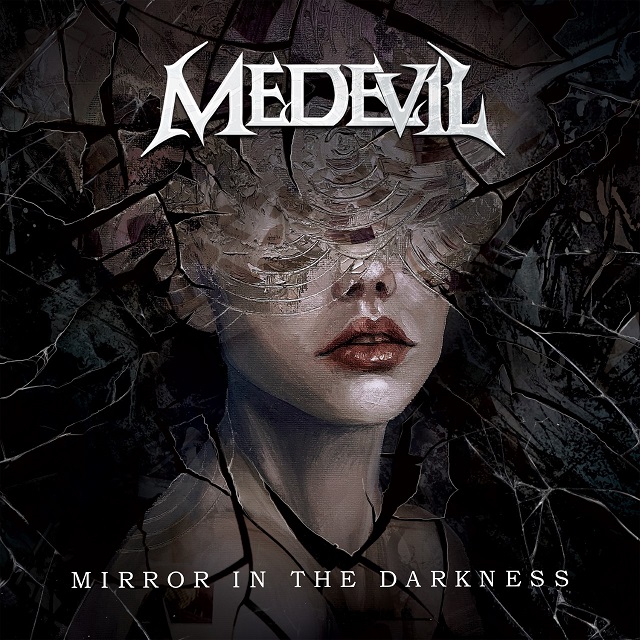