ANTHRAX Studio Update: New Album Expected “Towards The End Of The Year”

The upcoming, as yet untitled Anthrax album will be the band’s 11th studio full-length of original material. Drummer Charlie Benante reveals, “We’re about 60% there, as far as recording goes.”

Work on the new music is being done in New York, Los Angeles, and Chicago. “There’s a few reasons for that,” explains Charlie. “This time, I went to LA to record the drums. I really liked the studio that was out there, I liked the vibe of it. So we did the drums there. Then Scott (Ian) did his guitars in LA, and Joey (Belladonna) did vocals out there too. But the bass and lead guitars are being done in New York. Then I do little things here in Chicago at my own place, and just send it to (producer) Jay Ruston (who was at the helm for Worship Music).”

This forthcoming Anthrax album will be the first with new guitarist Jonathan Donais (Shadows Fall), who replaced Rob Caggiano in 2013. “I’d have to say… Jon is a great player; and a great guy as well. I think at first, his style that he brought in was definitely unique. I’ve worked with him really closely on the leads for this record, and it’s sounding really good. There’s a lot of aggression in his playing. I think he’s the new guitar hero.” How are the guitar parts being divided up between Jon and Scott? “Jon just handles the leads, basically. That’s the way it goes. That’s his role, is to be the lead guitarist, and he’s really good at it.” So, with the exception of the guitar solos, Jon didn’t contribute to the writing of the new songs. “No, a lot of this was written before Jon. We’re enjoying Jon, but, you know… I definitely liked his input on the leads.”

Currently, one new Anthrax song has surfaced, that being “Soror Irrumator” - their contribution to Catch The Throne, The Mix Tape Volume II. When asked what the Latin title translates to in English, Charlie chuckles. “Well, it actually has a lot to do with the whole… in the first season of Game Of Thrones you found out that someone was doing something inappropriate with his sister. Basically, that’s what it translates to.” Incestuous tendencies aside, “Soror Irrumator” is exclusive to the Game Of Thrones compilation, and will not be appearing on the new album.

Earlier reports indicated some of the music Anthrax was working on for the new album was pretty fresh, but other parts have been floating around for as long as four years, however Charlie dismisses that as inaccurate. “No. Everything that’s on this record is brand new. There were some things, but I kind of scrapped it because I felt that the new stuff was superseding the leftovers. It definitely has a feel, a vibe.”

It’s been said there’s as many as 20 songs in contention to appear on the new album, Charlie sets the record straight. “We recorded about 22, maybe 24 songs. I don’t think we’re going to put all those on the record. That wouldn’t be right, to just bombard everybody with a ton of that. I think we’re going to really narrow it down to some of the better songs, and keep the other ones somewhere; either make them better or put them out as a B-side later on.” That plethora of music lends itself to multiple formats, each with a unique extra tacked on, such as: an iTunes only track, a Best Buy version, a Japanese exclusive, digipak, and vinyl, in addition to the basic CD and digital download. “Well, in this age you’ve got to put extra content on it so that whoever’s stealing it is getting the basic. We have to put some extra stuff on it in order to make it… buyable!” The bonus track scenario almost becomes a game of cat and mouse for the true collector who wants it all. “Oh, I agree with you dude. But these are the games we are forced to play.” 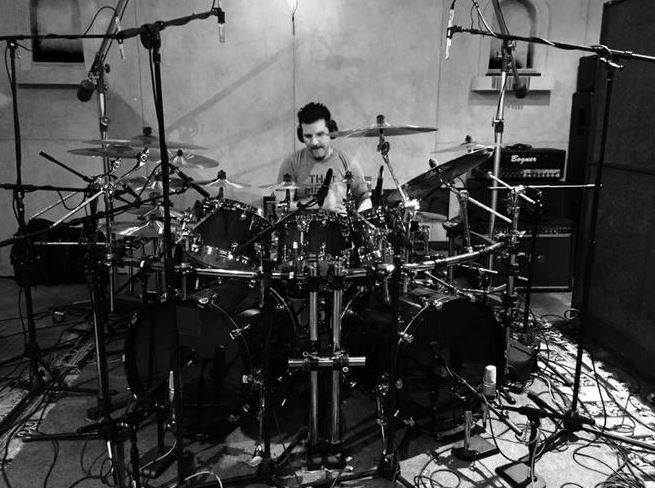 When it comes to the lyrics, “Scott writes a lot of the lyrics, that’s his department. There’s two songs that for me were kind of like bookends… the one song, which turned out to be called ‘You Gotta Believe’, and the song that was the opposite end of it, I always called it ‘Evil Twin’, because it sounded like they’re both in the same league. It’s like the sister song to ‘You Gotta Believe’. ‘Evil Twin was just a working title that I had, and it ended up sticking. Those two songs are probably my favourite songs on the record.” Another song title that’s leaked is “The Battle Chose Us”. “That’s correct, yeah.” And Charlie shares a couple more. “Let me see, we have a song called ‘White Lightning’, there’s one with a working title of ‘Epic’ because it’s about seven minutes long. ‘Monster At The End’, that’s another good one.”

Ideas for the album title and cover art are still works in progress. “The album title may turn out to be a song title as well; we haven’t really narrowed that down yet. But the album has a theme to it – not any sort of concept or anything like that.” A thrashy, aggressive set of songs? “A good chunk of it is kind of thrashy.” As far as the artwork goes, “I’ve been trying to come up with… I have this idea and this concept in my head, but I haven’t found the artist I want to execute it, but I’m looking.”

Both Worship Music and the Anthems EP were released on Megaforce Records, and they will issue the new Anthrax album as well. “Yep, if it ain’t broke, don’t fix it. That’s the way I feel. We have a great relationship with the label; it’s probably the best relationship we’ve ever had with any label. So why screw it up? We’re going to stay there. They really believe in the band, and they did a great job with the last record!”

One of The Big 4 brethren, namely Megadeth, is also currently working on a new studio album, and they’ve opted to utilize PledgeMusic, meaning those who pre-order the album get access to exclusive behind the scenes content including photos and videos from the writing and recording sessions; the ability to experience the process in real time. Charlie offers his thoughts, “We live in this age now, where everything is immediate; nobody wants to wait for anything. I think some things are meant to be kept mysterious. I don’t know if I agree with doing it that way… we’re all trying to cater to these new ways that really don’t have to be. Just give it some time, let it breathe a little bit. You’ll get it, why does it have to be so immediate?”

The million dollar question is what’s the release date for the new Anthrax album? “Yeah, I don’t have that. It’s going to come out when it’s done. We’re looking towards the end of the year. We’re not just making a record to make a record. We’re making a record because we have a really good amount of material that’s really good. We have twenty-something songs, we’re definitely going to put the best of the best on the record. I think the fans are going to be really happy with the content.” 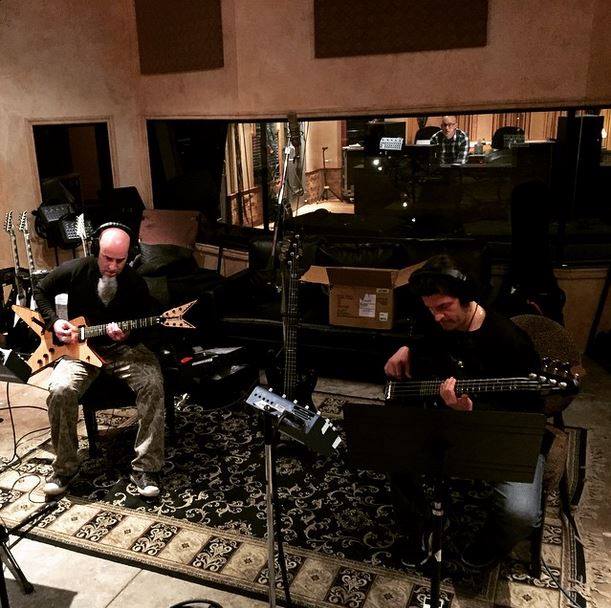 While the prospect of a tour is always exciting, Anthrax has chosen to leave the studio and suspend work on their new album to open for Volbeat across North America. Why risk disrupting the magic that’s currently happening to go on the road for six weeks? “That’s a good question. There’s a part of me that says ‘yeah, why would we do that?’ Then there’s the other part of me that says it’s a good thing to do because it takes you away from it, and it actually gives the songs a chance to breathe. Then we can come back to them and see if they’re right.”

After this interview was conducted, a press release was issued stating that Charlie Benante will sit out the first few weeks of the band's upcoming North American tour that starts April 24th in Denver, CO.  Benante has been dealing with ongoing issues with the Carpal Tunnel Syndrome he had surgery for nearly two years ago and is still undergoing physical therapy.

"This was a difficult decision to make," said Benante, "especially as I had to miss dates on the last cycle because of my hand surgery. But the fact is, playing a show five or more times a week just isn’t realistic right now, I found that out when we were making our new album, and I don’t want to let the fans down by not being able to give it everything I have at every show.  I was driving the other day and my hand went numb, so unfortunately, it's just not 100% yet. I figure I can play for maybe three weeks at a time but then I have to let it rest. The guys in the band have been incredibly understanding and supportive, and I hope the fans will be as well. The positive side is that I plan to use the time off the road constructively and focus on our upcoming album, continue to work on the package artwork and develop a number of other ideas I've got for the campaign."

Drummer Jon Dette (Slayer, Testament, Iced Earth), who has filled in for Benante in the past, will sit behind the Anthrax kit on these upcoming dates.  Benante plans to join the tour for the May 17th Rock On The Range date in Columbus, OH.