Between A Rock And A Prog Place: HAKEN’s ROSS JENNINGS – “I’m Not Listening To An Awful Lot Of Modern Prog Bands These Days To Be Honest” 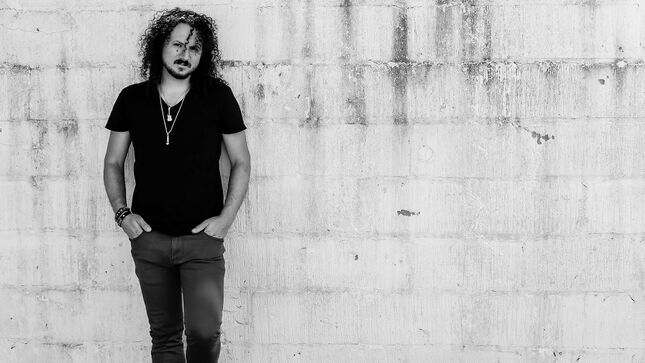 In this month’s column, Haken’s Ross Jennings discusses his solo debut (A Shadow of My Future Self), plus his favorite Haken recording and the current UK prog metal scene.

How does your solo debut differ from Haken?

“Fans of my voice are really going to appreciate this record for that reason, but they will also hear the songwriter and guitarist side of me that isn’t specifically on display on the Haken catalogue. I have many tastes and things to say musically and had a host of very personal lyrics that I felt didn’t belong on a Haken release. Had I been writing prog-metal, I would have saved it for the follow up to Virus, but this music has its own style and character, belonging more in the pop/rock world.”

What were some of your influences for this new album?

“A Shadow of My Future Self is a very eclectic and musically diverse record where my influences are very much on my sleeve. You might hear similarities to bands as varied as Journey, Elbow, Prince, Yes, Coldplay and Porcupine Tree and yet the songs are unique to me that you won’t quite be able to put your finger on it!”

Which songs were the most challenging to perfect?

“Oddly enough it was a challenge to convey the mood of ‘Third Degree,’ even though it’s a relatively simple song, the accents on the 3/4 to the swing of the 6/8 time signatures threw my contributors a little initially. Sometimes it is the simple things that come up to challenge you. That’s just the way it is. But that track was too special to me to settle for ‘good enough’!”

Did you approach the songwriting any differently than you would have on a Haken album?

“Absolutely, the songwriting approaches of the 2 projects are night and day. With Haken, riffs and complicated instrumental ideas are at the forefront. Usually these are morphed into satisfying structures while we often arrive at the melodic hooks later, with the details of lyrics and vocal melodies typically the last element of the song writing process. What was most important about writing this solo record for me, was that the heart of the songs and vocal melodies were first and foremost. I wasn’t getting too bogged down or obsessed with how complicated the accompaniment was. These had to be songs I could either embellish with a full band or play stripped back with an acoustic guitar and both be equally as beautiful as each other. I should add, both approaches are perfectly valid and can yield amazing results in their own rights.”

Which Haken album are you most proud of and why?

“I think Affinity ticked all the boxes for me, in terms of having the complete package of strong music, deep and poetic lyrical themes, a great visual concept and branding, plus exceptional memories of the subsequent live shows we did in support of it. Whenever the unacquainted ask me for a go-to Haken album, I would typically recommend Affinity…or whatever the latest album is at the time.”

Who are some modern day prog bands that you enjoy?

“I’m not listening to an awful lot of modern prog bands these days to be honest. I wouldn’t call them ‘PROG’ but Sleep Token and Spiritbox have just released new albums I’m really enjoying at the moment. In terms of prog metal, I highly recommend listening to Others By No One’s new album, Book 2: Where Stories Come From. They’re heavily influenced by Devin Townsend in my opinion, but they’ve taken that influence to the next extreme (if that was even possible?) and the songs blew me away. Check them out!”

How would you describe the modern day UK prog scene?

“I think it’s a really difficult time for any young band (in any genre) to make a start and be heard in a significant way, certainly where old business models are concerned. But I have witnessed through my Novena bandmates how strong communities exist on Discord and other modern online social platforms and services such as Patreon, where it is becoming the norm to connect with your fans and find your people. Speaking as someone from a slightly older generation, it’s often difficult to keep up with where the people are congregating and how to build that fanbase. I think it will eventually go back to the grass roots of building local scenes again…I don’t know? The dichotomy of this is that musicians’ skill levels in general are increasing exponentially. So, there are some amazing artists out there who are not getting the exposure they truly deserve, and it’s usually because it costs a lot of money to promote and requires certain business acumen or marketing skills not all artists are naturally equipped with. They might eventually make it, but it’s a tough road. This all sounds a bit negative I must admit. The message here though is that we are certainly not deprived of content, and the majority of that content, especially in PROG, is phenomenal. You just might have to dig hard to find it, that’s all.”

Current Rainbow vocalist Ronnie Romero returns with Lords Of Black, who recently have issued their latest album, Alchemy Of Souls, Pt. II – which can be ordered through the band’s official site. German folk metallists Feuerschwanz will be issuing their next album, Memento Mori, on New Year’s Eve…but in the meantime check out the band’s outstanding attire in the video for the track “Untot Im Drachenboot” – which you can view below.

Veteran prog rocker Alan Parsons issues a new live album and video this month, The Neverending Show – Live in the Netherlands, and has issued a music video for the album’s title track. The release can be ordered here. King’s X singer/bassist Dug Pinnick issued his fifth solo album overall, Joy Bomb, which can be purchased in several different configurations, while the video for the track “Key Changer” is ready for viewing.

Epic symphonic metallists Operus have issued a new video for the single “Lost,” off their 2020 album, Score Of Nightmares. You can give the video a look here. SabatoN will be unleashing their next album, The War To End All Wars, next year (March 4, to be precise), but anxious fans are now encouraged to pre-order it.

Finnish prog/death metallists Solar Cross will be issuing their debut album, Echoes of the Eternal Word, on November 19th, and a ‘visualizer’ for the tune “Blookstreams” can already be visualized. Immortal Guardian will be hitting the road this month for a handful of dates on the US west coast, dubbed Brovember Quarantour.

Symphony X has announced their 25th Anniversary North American Tour which will get underway in May 2022. Click here for a complete listing of dates and to purchase tickets. And another veteran prog metal band set to hit the road next May is Nightwish. Check out this tour trailer for a complete list of dates and build your excitement.

Styx has announced an exclusive Las Vegas engagement with Nancy Wilson of Heart, which will run from January 28-February 5 at the Venetian Resort. Tickets can be ordered via the band’s site. The Moody Blues’ John Lodge will be issuing a new live album, The Royal Affair and After on December 3, and will be playing shows in the US next March. Check out an album trailer for the release below and the album can be pre-ordered.

Last month saw the release of the self-titled debut album by the UK by way of Brazil prog metal duo Athemon, which can be streamed here. Belgian progressive/post-metal outfit Hippotraktor recently released their debut full-length, Meridian, and can be ordered/heard here.

Symphonic metallists Rhapsody Of Fire are back this month with Glory For Salvation, for which an official lyric video for the track “I’ll Be Your Hero” can be sampled. Are you longing for a ‘heavy metal opera’? Then you’re in luck this month! Signum Draconis will be unleashing The Divine Comedy: Inferno, and you can get a taste of what to expect from this lyric video for the tune ‘Whirlwind Of Lovers’.

French symphonic melodic death metal act Aephanemer will be issuing their third album overall this month, A Dream Of Wilderness, which can be pre-ordered and a video can be viewed. And lastly, Ad Infintum has issued a new video for the single “Animals” (from their recently released album, Chapter II: Legacy) which can be observed below.

November 5, 2021
Alan Parsons: The Neverending Show – Live in the Netherlands
The Three Tremors: Guardians of the Void

Are you a prog guitarist in danger of penning riffs full of cliches? Perhaps a viewing of this video from a few years back of the ‘Most Used Progressive Metal Stereotypes’ will help steer you back in the right direction!