BLAZE BAYLEY - Iron Will: Made In Birmingham 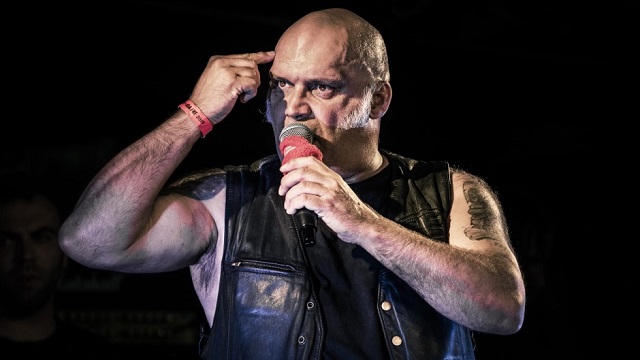 Since getting the boot from Iron Maiden in 1999, vocalist Blaze Bayley has released a whopping ten studio albums under various versions of his own name, including his newest offering War Within Me. This level of output can be attributed in part to the "tour or die" mantra embraced by many musicians given how record sales have dwindled over the last two decades, but for Bayley - who has been a fully independent artist for years - it comes down to love for his art. The ongoing pandemic quite naturally put a wrench in his touring plans for 2020, but it allowed Bayley time to work on a novel for his Infinite Entanglement album trilogy, address the possibility of a Wolfsbane reunion record, and bring one of the strongest works of his solo career to life. That comes down to a matter of taste, of course, but for anyone who has been a fair weather Blaze Bayley fan, War Within Me will come as an unexpected and pleasant surprise.

"War Within Me was a lot of work," says Bayley, who found the lockdown measures in effect worked to his benefit. "There are a lot of details, and it's the first album I've ever recorded like this. I've always avoided doing things remotely even though the possibility to work that way has been available for quite a few years because I need the connection of being with my writing partners. Being in the room with the band and feeling how things fit together with the drums, taking the arrangements apart and putting them back together, I need that. This is the first album in my life where I didn't rehearse with a drummer (Martin McNee), I wasn't in the room with the drummer for pre-production. That was weird. But we sent him the tracks and he sent us back the human version, and it worked really well."

"Chris Appleton (guitars) and I, the way we did it - and this was Chris' idea - is we scheduled our writing sessions to be 15 days at a time because that was the quarantine requirement. We were together for 15 days, then we'd go to our homes and live with the demo, then come back 15 days later. We did the album in chunks like that. And that was possible because all the festival dates we had planned got cancelled; every time a festival got cancelled we had an extra three days added to our writing and recording schedule (laughs). I think we got the results we did because we had the time to live with the material, which we wouldn't have been able to do with a touring schedule."

"We do the impossible regularly; difficult is breakfast, impossible is for lunch," he adds. "We did the Infinite Entanglement trilogy and that was three albums in three years between tours, so we had the feeling that we could do War Within Me under these circumstances." 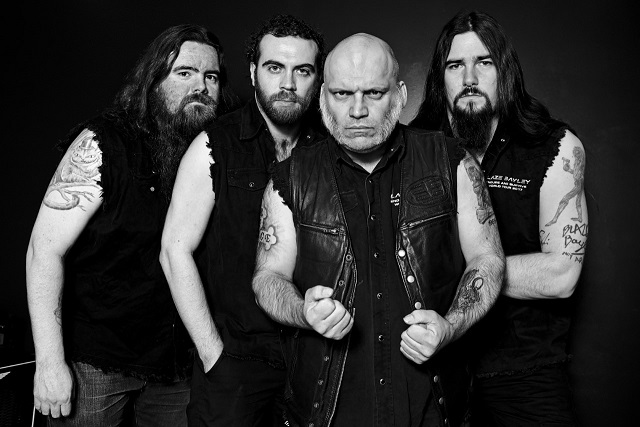 Bayley's goal for War Within Me was simple and pure: to create a positive and uplifting album for the fans.

"I already had a couple song ideas before we started writing, but with the pandemic and the lockdowns I felt this had to be a positive record," he explains. "My fans tell me they like my positive lyrics, they get through different situations listening to my music, so I figured I would do something like that here. I'm in this privileged situation where I'm in people's heads. They're going to invite me into their heads, so what am I going to say when I get there? It has to be something which says, 'If things seem hopeless you can get through it, if you are broken you can heal.' That's the message that I wanted to bring across, that by the time you get to the end of these ten songs you feel uplifted, and it worked. Some bits just came to us and we worked to make sure they were uplifting, and other bits we wrestled with. In some cases it took hours of working in circles, leaving a song and coming back to it later, and it eventually turned into a song we were happy with."

Historically, Bayley's solo records have always been cerebral in nature, going all the way back to his first official release, Silicon Messiah, in 2000. He is a storyteller and has always been about serving up mindfood, with the Infinite Entanglement trilogy (2016 - 2018) being the best example of this. War Within Me continues this tradition, getting straight to the point and immersing the listener from the first riff.

"That's so good to hear because this was so much work," Bayley smiles. "No one outside the creative team had anything to do with it, and this is the kind of reaction we were going for. Will people understand it? Hopefully. Will they think it's cheesy? Maybe. But this is a metal record, so we used these big chords and these riffs and whatever clichés were necessary to create the journey. It's great you said that. Thanks very much. It's a relief." 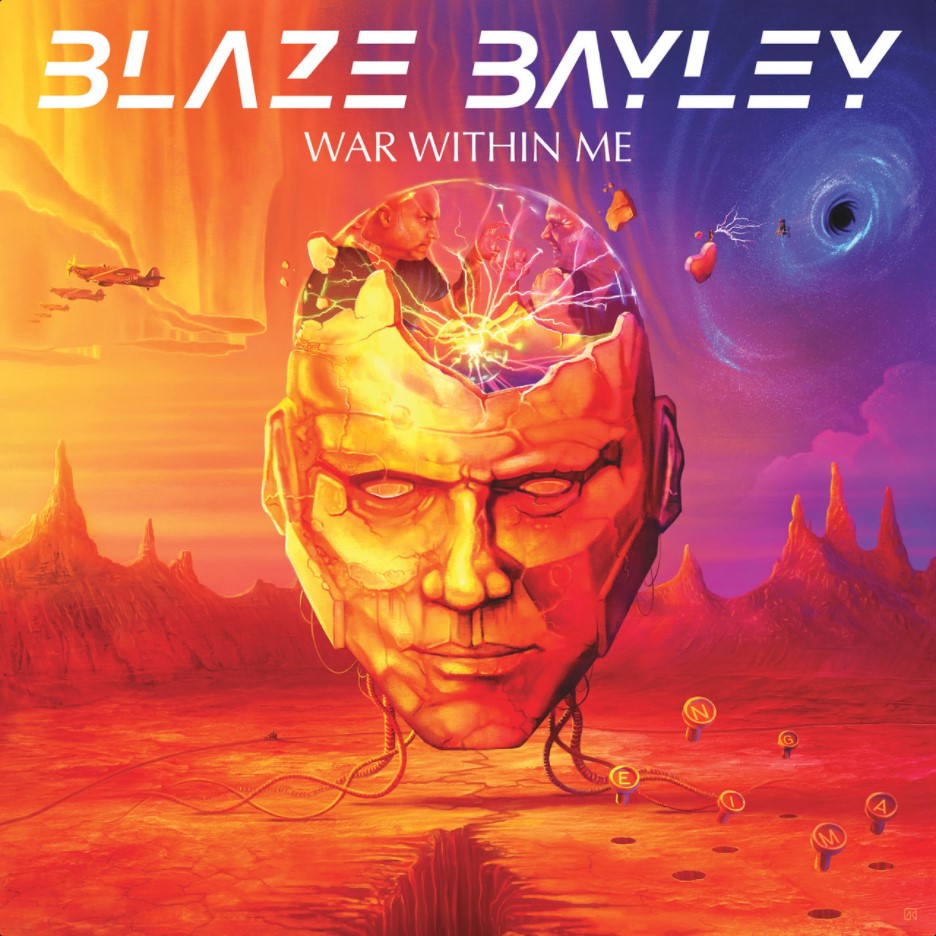 It's quite natural to decide that a positive message in a song = fluff, and Bayley himself has no problem using the word "cheesy" to define how some people may interpret the new album's theme, but he makes it work. There is depth to the songs, lyrically in particular, even if they sport titles like "Warrior", "The Unstoppable Stephen Hawking" and "Pull Yourself Up".

"There are stories about heroes on the album, but everything else is personal and means something to me. I wanted to share that internal dialogue of 'Okay, I've got this choice...' One of the things I've learned over the years is how important it is to make sure that you don't allow words to form in your mind that are negative. You can choose the words that you use. You can choose 'loser' or 'warrior'; it's a choice. This album puts across my philosophy that you have a choice. Things may appear hopeless, but you can choose the words to describe yourself and you should take responsibility for that. And when you do that, perhaps you can determine your own life. Your future is in your own hands, you have to find a path. There is one there and you have to find it. If there isn't one, you can make one to follow. It's a theme that I often talk to my fans about and I'm so lucky they share their stories with me. It's very, very humbling."

"As I sat here working in my home studio, I thought so much about my fans," he continues. "They've supported me for so many years through thick and thin, bought every album, they've come to the shows, and I haven't always been the best over the years. There's been the drinking, I had some mental problems, but people have stuck by me and they were in my mind when I was writing for the new album."

"Heavy metal is full of cheesy clichés and you pick your way through them, then use some parts in the wrong way on the journey you can create something magnificent. That's the curse of heavy metal. We have the worst and the best, and it's such a narrow path (laughs)."

Bayley's enthusiasm for his work and his fans is infectious. He has been through a lot over the course of his career, with his dismissal from Iron Maiden some 22 years ago being the big, fat albatross around his neck - slight pun intended - but he isn't the least bit tired or broken. Bayley is still very much invested in his music.

Thirty years ago I saw Ronnie James Dio singing 'Children Of The Sea' at the Birmingham Odeon and something happened to me. I knew I wanted to be a singer and tour the world with a rock band, and years later here I am talking to you. I'm an independent artist fully supported by my fans and living my dream. I'm incredibly lucky." 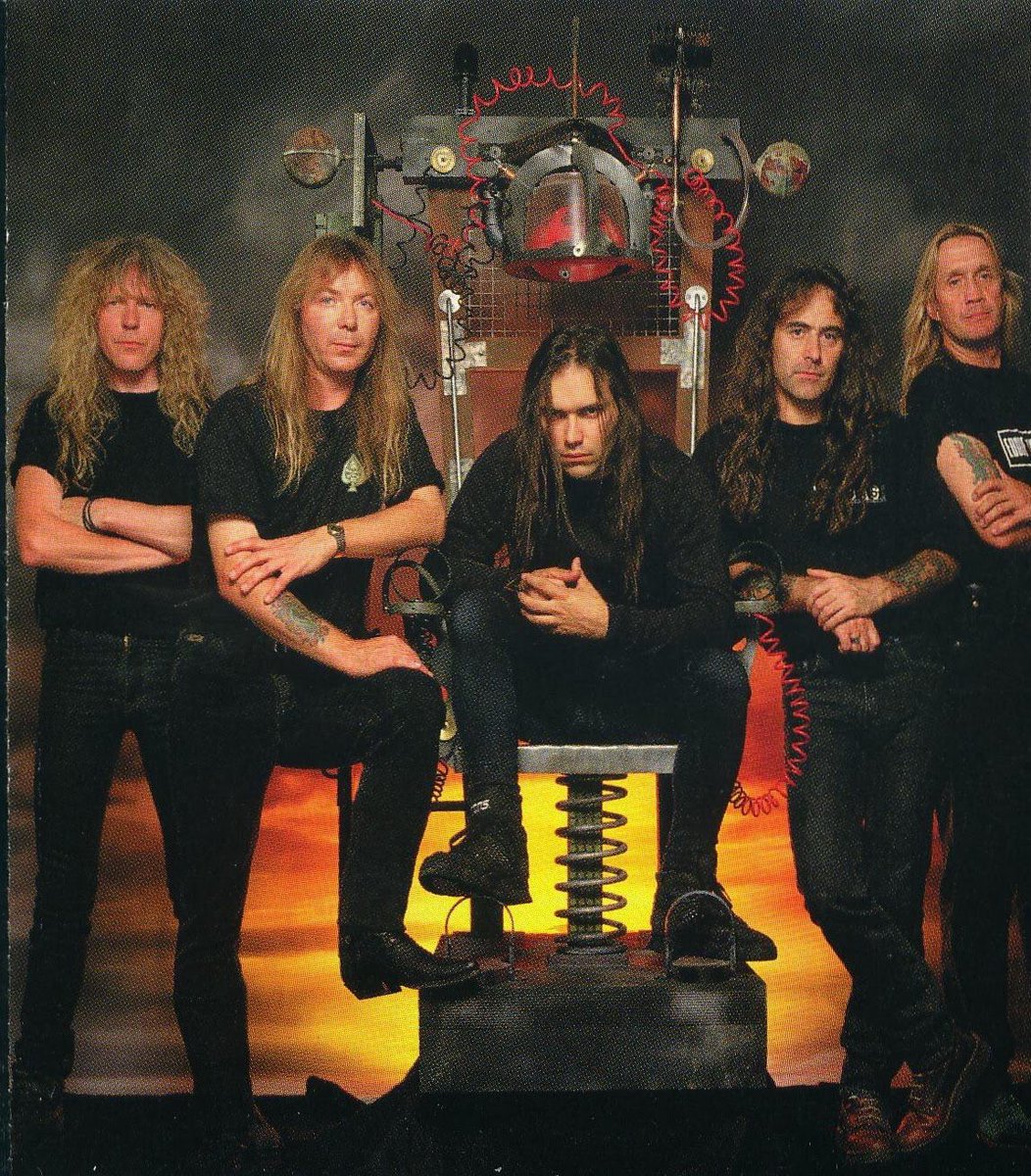 Speaking of his link to Iron Maiden, which he remains fiercely proud of in spite of the amount of spite he has endured over the years, it seems that time has made Bayley an accepted and even respected part of the band's legacy. Some fans will gladly argue this point, but what used to be triggered rage every time Bayley's name surfaced in Maiden conversation has been reduced to grumblings from the old fart at the back of the room.

"I had good support from a lot of people who wanted me as the new singer of Iron Maiden - they wanted me to do well - but there was a large element of fans that were so disappointed because their favourite singer had left their favourite band," says Bayley. "Unfortunately, some people put that together as it was my fault that Bruce (Dickinson) had left Iron Maiden, and obviously that's ridiculous, but it was an emotional thing for them. For a lot of people it was like losing their partner - as traumatic as that - because when you're a Maiden fan you're living for it. It is a part of their lives. It was very difficult for a lot of people so they chose to hate me, and there are plenty of hard core Maiden fans that still hate me, but I think what's happened is that newer fans have come along without any prejudice whatsoever. They listen to the catalogue and they go 'Bruce sounds really different on this album... (laughs)' and then they find out it's me. It's a story I hear a lot."

"That's one side of it. Other people go 'I only listened to The X-Factor once when I got it and I hated it, but I've listened to everything else so much that I went back and listened to it again. It was all that was left, and it was good.' So, that negativity has changed overall. There is still that element of people that hate me, but I'm happy about that because it means that I did something different. My era of Iron Maiden and working with Steve Harris (bass) is the beginning of the progressive era of Iron Maiden. I'm very proud of that."

And he took the lessons he learned in Iron Maiden with him, right down to the making of his newest solo album.

"Steve is such a generous person. He mentored me in a lot of things. I would come up with some song ideas that he found really good, something that we could use, and other ideas he would tell me the idea was good but it had to be rearranged in a certain order so it made sense. After Maiden, even though it was a horrible thing and I didn't want to leave, I had this confidence that my songs were good enough. That's something that never left me. If I put my mind to it my ideas are worth listening to, and if you listen to War Within Me you can hear a lot of the Iron Maiden influence. I certainly feel it. The twin guitars, the big melodies, the dynamic vocals... a lot of the things I became very comfortable with and enjoyed when I was in Maiden. That has carried on for me with War Within Me."