BraveWords has teamed up with Iron Maiden’s Trooper Beer for an official tasting event during the upcoming OBITUARY show at the Brass Mug in Tampa, Florida this Saturday, June 13th. Also on the bill are BROKEN HOPE, ULCER, GENERICHRIST and GRAVEROT.

Doors open at 7pm. Free samples from 8pm - until they run out! The first 50 people to buy a can of Trooper get a free Trooper coozie. There will also be plenty of free posters, swag WHILE THEY LAST, so get there early! 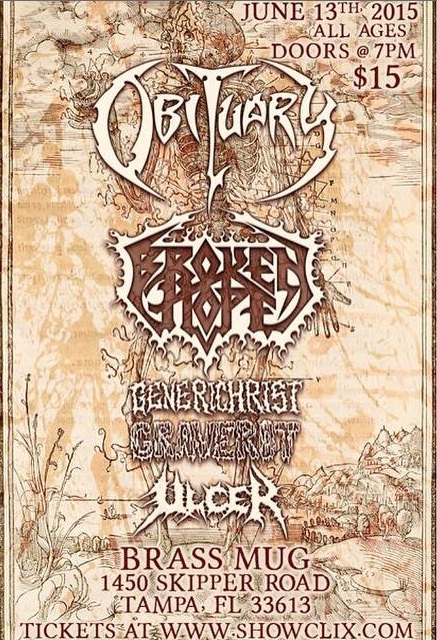 "Metal" Tim Henderson from BraveWords will be present at the event, so watch for plenty of coverage at the site and on our Facebook and Twitter.