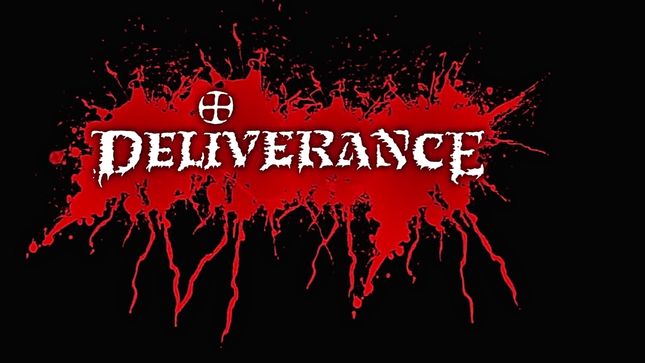 In a perfect world, Deliverance would have joined the likes of Testament, Death Angel, and Annihilator as “the second wave of thrash metal.” But due to rotating band members and a variety of record labels, this was not to be - as the band never seemed to truly break on through to the metal masses. But they are hoping that with the arrival of their latest album, The Subversive Kind (issued via Roxx Records), this will finally change. The band’s guitarist Glenn Rogers (who recently rejoined the band), spoke with BraveWords’ correspondent Greg Prato.

BraveWords: Let’s talk about the new album, The Subversive Kind.

Glenn Rogers: “For this record, I came in late in the process - when Jimmy [P. Brown II] asked me to rejoin the band. He had already recorded the album, so all the tracks were done - other than the guitar solos. So me and Greg Minier from the Crucified were asked to lay down solos. I worked with my friend, John Haddad, who produced the Hirax stuff I did, and went to his studio and tracked the songs there. We sent them to Jimmy, and he mixed them into the record. But really, it’s in the same way that we’ve done all of the recordings with Deliverance when I was in the band in the ‘80s. Jimmy is such a brilliant rhythm guitar player. Time was always an issue making the early records, so we did it the same way - he did the rhythm tracks and I came in and laid the guitar solos on top of it. So really, there is no difference in how I do a Deliverance record, really. Because Jimmy, it’s his main gig and it’s his band, so I’m like the second wheel and do the best lead guitar work I can for him, and throw out some riffs here and there. That’s how it came together and how it’s always worked when I was in the band in the past.”

BraveWords: Why did you first left the band?

Glenn Rogers: “A big reason was the label. Frontline Records was the one that bought Intense Records, so we lost our secular distribution. That was one of the big reasons why that just wasn’t where I really wanted to be. I left and joined a band called Steel Vengeance, which was on Black Dragon Records out of France.” 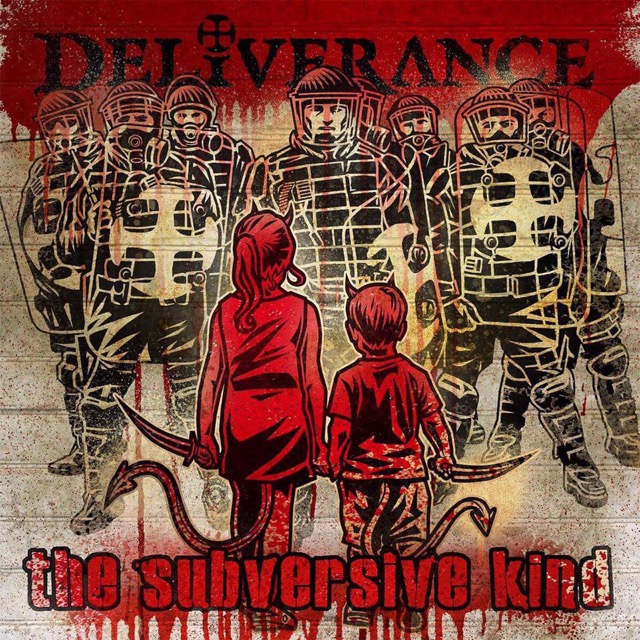 BraveWords: And you also played with Hirax.

Glenn Rogers: “I joined Hirax in 2003, and spent almost ten years in and out of that band - working with Katon [W. De Pena], and wrote The New Age of Terror in 2004, then Assassins of War, and El Rostro de la Muerte was the last record I did with Hirax.”

BraveWords: How is it being back in Deliverance now?

Glenn Rogers: “It’s cool. Jimmy and I remained friends over the years. We’ve always been in contact online. We talked about this off and on. At one point, we were going to try and do it, but things were just not lining up right. So, for me, it was just a matter of the time being right. And when Jimmy was putting this record together, apparently, I was in his forethought, ‘Let’s get Glen.’ I’m happy to be back and enjoying the process. I can’t wait to get on stage and play live, because it’s been a couple of years since I actually performed live.”

BraveWords: Favorite tracks off the album?

Glenn Rogers: “I love the title track. It’s a very intense record - that’s what’s really cool about it. A really long guitar solo on that song. The funny thing about being back in the band is they have long guitar solos. All the work I did in Heretic and Hirax, we had basically eight bars of solo time, and that’s it. Nothing really long. So, I was like, ‘Man, there’s a lot of room for me to do stuff! What am I going to do?’ That one, and ‘The Black Hand’ is one of my favorite tunes. Just real intense. Again, I love the intro solo, and how that came out. I kind of hit one of those miracle harmonics on the first part of the solo. It’s one of those things that you accidentally do in the studio. I don’t think I’ll ever be able to do it again just like that. But it came out really cool. ‘The Fold’ I think is another one - it’s the last track on the record - it’s just a great message. This whole record is heavy, it really is. Some people were trying to knock it because Jimmy is not singing the ‘Geoff Tate stuff.’ But honestly, he sounds really good to me, and he’s singing the way a thrash metal singer should sing. That’s how it should sound. So, I don’t have a problem with it. It’s a heavy record. And I can’t wait to work on the next one.” 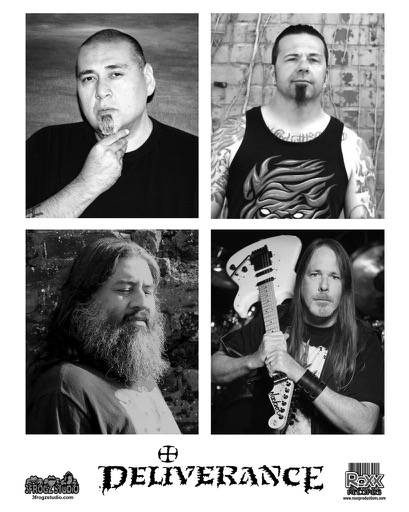 BraveWords: How would you compare the metal scene today to when the band first started out in the '80s?

Glenn Rogers: “In the ‘80s, it was more widespread everywhere. Now, you’ve got pockets of metal scenes. I know from touring with Hirax, there were areas where we would do really well, and areas where we wouldn’t. We toured in Texas, and we would do well in Houston, but Corpus Christi was horrible and had nobody there. We would do OK in Austin, Dallas was cool. It’s hit and miss. LA, of course there’s a big metal scene there. And New York is good. Seattle wasn’t so good - we played there at a festival, and it didn’t draw as well as we would like. But South America has a big scene down there - when I’ve been there, every show has been really full. And Europe, as well. So, it’s hit and miss now. But back in the day, we played to full rooms all the time, every time.”

BraveWords: “Christian thrash metal” has been used to describe Deliverance. What do you think of this term?

Glenn Rogers: “I’ve never really been into the Christian metal scene. I had just wanted to be a metal band…a thrash metal band that you could call an alternative to whatever else was out there. But that’s what they wanted to do - was to line us up under Stryper, in that class. It’s kind of a shame, because we never get any credit. You see all these documentaries, like Get Thrashed and LA Metal. Well, we would fill up the house just as much as any of those bands. And I was friends with the guys in Dark Angel, Viking, and Heretic - personal friends - who would come see me play, and I would go see those guys play. And some of the gigs, we’d play together. But we were just forgotten about, which I think is a shame. The music is just as powerful. I know Chuck Billy personally, and he liked the Deliverance stuff. Our peers - other bands - thought we were a pretty darn good band. It’s just kind of weird how other people forget about us. But hopefully we can change that - that’s my goal. That’s why I got out of doing the Christian band thing, because of the label. I mean, I’m still a Christian - I was the whole time in Hirax and Heretic. But I guess my belief structure is a little different. I don’t get uptight. I think that’s the problem - people get a little too uptight about, ‘You’ve got to act a certain way.’ Well, I’m a human being and I like playing music. That’s my gift, and I try to do the best I can with it.”

Glenn Rogers: “Right now, I know we’re going to go to the Netherlands on April 14th, to play with the Rock Alive Festival. And then I think there is a gig in Honduras in June, and basically, we’re letting this record get out there, and then hopefully some promoters will want to bring us in. As far as a big, extended tour, there really isn’t anything booked yet. So we’re fielding offers and seeing what happens. We do have a booking agent that’s helping out, so I’m sure that’s going to be all lined up.”