Frankie Banali:  "It all really starts with technique and tuning. But he also had the advantage of listening to a lot of the funk drummers that had come before him and some of the jazz drummers, and that is a very organic kind of sound. And I think he picked up on that straight away, because that’s something that I also learned early on, because that was all I was listening to – funk drummers and jazz drummers. But he was also very fortunate to have somebody like Jimmy Page – who is an amazing producer – to be able to know micing techniques and room micing and everything that goes along with it. I think the true testament is I’m fairly certain that on the Led Zeppelin I record, the drum set that John Bonham was using was a much smaller drum set. It was a 22-inch bass drum, versus the later 26- inch drum that he used on Led Zeppelin II. But when you listen to Led Zeppelin I, it just sounds huge. So, it’s really not the drums. It was the man, the technique, the tuning, and then the advantages that he had – having Jimmy Page as his producer."

How much of an influence was Bonham on your drumming?

Charlie Benante:  "I’d say back in those days when I was a kid growing up, he was probably at the forefront of influencing me – because I loved Led Zeppelin, I loved the Beatles, and of course, I loved KISS. But the drumming style that Bonham came up with, you just identified with it, because who put a drum solo on their second record? All of a sudden, there’s a drum solo on the record...and it’s good! It’s entertaining. It’s musical. And for all the drummers listening to it, that was the song that you kind of went to – ‘Put on ‘Moby Dick’!’ Back in the day, I would collect bootlegs – especially Led Zeppelin bootlegs, because their shows were so different. ‘Moby Dick’ from ’75 in Atlanta, and then you listen to ‘Moby Dick’ ’73 in California, it’s totally different. It could be 10 minutes long...or 20 minutes long. That’s the thing I loved about Led Zeppelin – when you went to go see them, you didn’t know what you were going to get in certain songs." 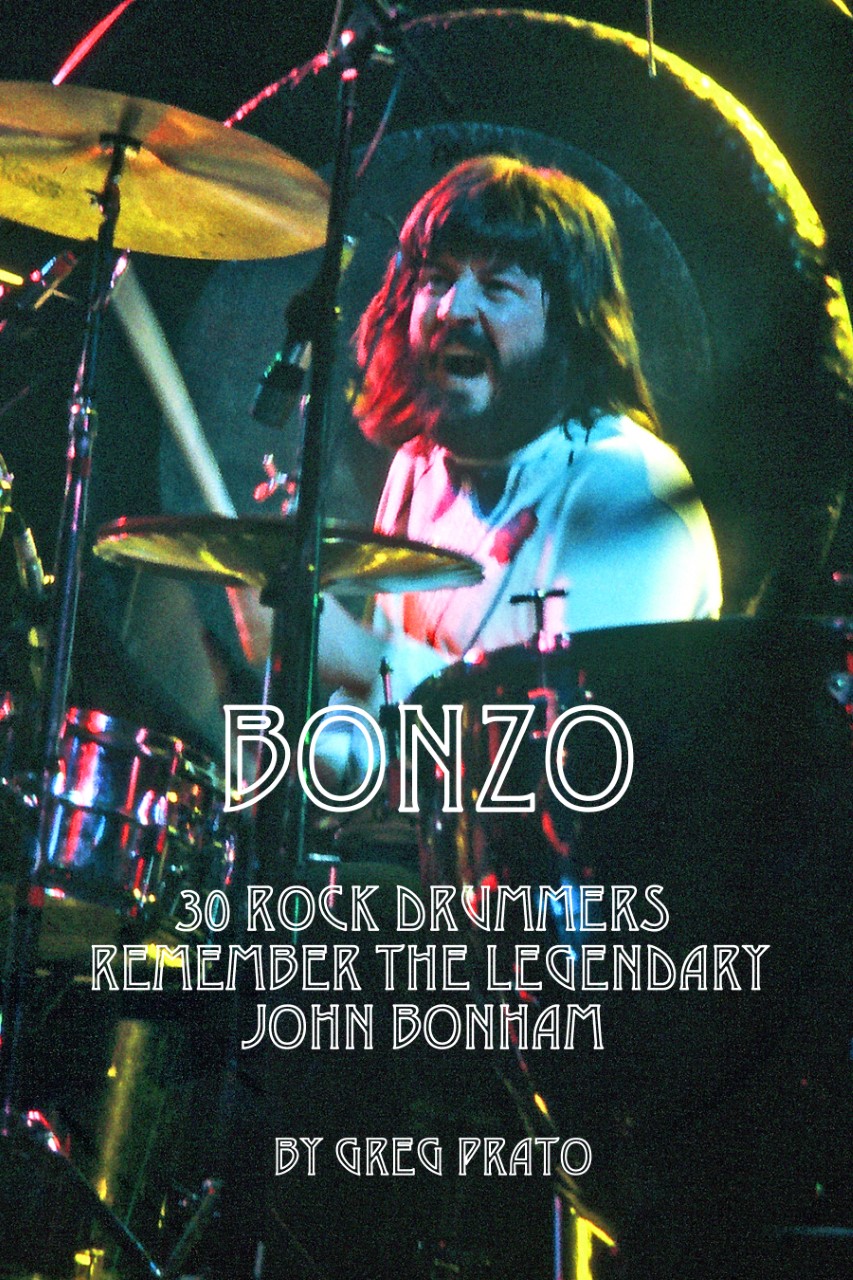 Can you think of any other drummer that is as universally praised or as influential as John Bonham?

Richard Christy:  "I would say Ian Paice is right up there. I always thought Deep Purple were equal to Zeppelin – as far as being an amazing rock band, and being influential, writing great songs, and having great, innovative drummers. Ian Paice is a huge influence for me, and I would say if I had to pick one peer for John Bonham at the time, I would say it’s Ian Paice. You could also say Keith Moon, but Keith Moon was a little more wild and a freeform drummer, rather than groovy on a lot of stuff. But I would say Ian Paice is a peer of John Bonham’s. And I’m so glad that Ian Paice is still around, kicking ass. I was just watching a documentary about the Wacken Festival, and Deep Purple is in it, and Ian Paice sounded incredible. He always caught my eye because he’s a left-handed drummer, and I was like, ‘Maybe I should try and play it left-handed and try it both ways?’ So, I really have to thank Ian Paice for playing left-handed, because it taught me to try and play left-handed and be ambidextrous, and try to be able to play both ways."

I saw a video of you playing with your hands like Bonham – how is it playing drums that way?

Brian Tichy:  "As a kid, I was aware of Bonham playing with his hands – as well as Tommy Aldridge, who’s also one of my favorite drummers. So, somewhere as a teenager, I just started messing around with it. And then years later, when I was out touring with whatever artist, if I got the chance to do a drum solo, I wasn’t playing with my hands. And then a period of time went by where maybe I wasn’t in any bands that included drum solos, and then somewhere I got into a project where there were drum solos, and I thought, ‘I might just try this. The audience may like it.’ It’s not hard to do – it’s fun and it creates cool sounds. And you also use your bass drum – or as Tommy Aldridge would do, use his two bass drums – and it creates a sort of illusion to the audience. Because they’re like, ‘Oh, he’s playing with his hands’ – but it’s a combination between your hands and feet. So, it gives this illusion that there’s a lot going on with your hands. But it does create cool, dynamic sounds, and it’s a completely different sound than playing with your sticks. You can hit with the palm of your hands or you can hit on the knuckle side with your knuckles – which produces a little more attack, which if I’m playing anything that I want to be as loud as the kick drum, I’ll play with my knuckles."

Herman Rarebell:  "Absolutely. Why? Because I think he was the creator of the really heavy rock drumming. You hear the early Led Zeppelin albums and you know exactly. Even later on – Coda had some fantastic stuff. He was also a great technician when he would solo – remember that ‘Moby Dick’ solo at the Royal Albert Hall in 1970? That – for me – is the best solo he ever did. He was young and fresh and the band was young and fresh."