JAKE E. LEE On “Handsome As Shit” BADLANDS Singer, Near BRUCE DICKINSON Scuffles - “He Would Have Pulled His Fucking Fencing Sword Out And Stabbed Me A Couple Of Times”

In part three of our series with guitarist Jake E. Lee, we reflect on the creation of the bluesy brilliance of Badlands, featuring a singer with a bizarre and brief Black Sabbath relationship. Here’s the musical chairs story that could only be created in this daring and dangerous biz!

In 1986, singer Ray Gillen and future KISS drummer Eric Singer began work on Black Sabbath’s The Eternal Idol album, but internal conflict forced the pair to leave. While Singer joined Gary Moore’s Wild Frontier tour, Gillen starting working on the Blue Murder debut with John Sykes (after he left Whitesnake). Soon all the planets would align when Gillen reached out to Jake E. Lee after he was fired from Ozzy Osbourne’s band in 1987. Still with me? The vastly under-rated Badlands featured Gillen, Lee, Singer and bassist Greg Chaisson. Two albums would be recorded, the self-titled debut in 1989 and the 1991 follow-up, Voodoo Highway, which saw Racer X singer Jeff Martin replace Singer. Gillan sadly passed away on December 1st, 1993. 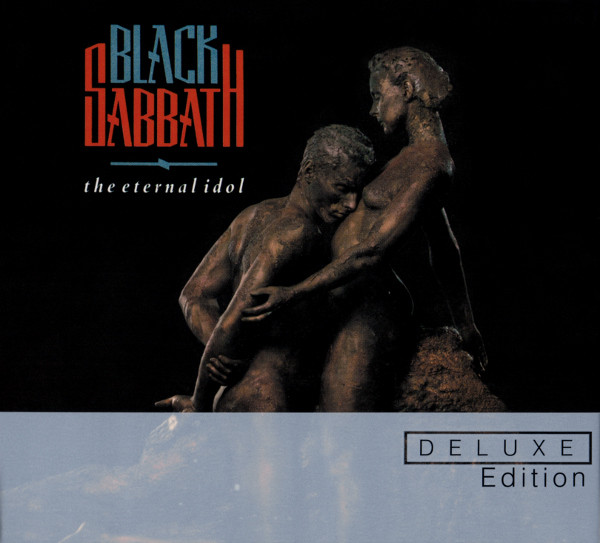 “He’d been with Sabbath and actually he had been in Blue Murder,” Lee confirms. “He got fired from Blue Murder. That first record is so good and it’d be scary to know what it would have sounded like with Ray on it.”

And of course the Eternal Idol demos with Ray that weren’t used were finally offered up to fans on the 2010 Deluxe Edition release of the album by Sanctuary Records.

“With him on it, it’s really good,” Lee continues. “I mean, I don’t want to say it’s better or not, but Ray had a voice that you don’t run across every day. The first time I heard him—because he kept calling me—and I said all right, ‘You sing. Are you any good? Send me something.’ He said, ‘I don’t want to send you anything.’ So I was thinking like, ‘Oh, are you bad? What’s going on?’ But he said, ‘No, I’ll fly to L.A. and we’ll jam and then you can hear my voice.’ So I thought all right, you’ve got some balls on you, let’s see what’s up. When he got there I asked him if he wanted to do a cover, a song, but he said, ‘No, gimme something; do you have a song, do you have music that you haven’t put vocals on yet?’ And I said, ‘Actually, yeah I do. I got something that I wrote when I was in Ozzy.’ It was ‘The Last Time.’ And so I played it and he pretty much sang right away what ended up being on the second record and I couldn’t believe it. I was like holy shit! I had some friends with me and I went up to them and said, ‘Did he sound that good, or is it just me?’ And they went, ‘No, he’s amazing; where the fuck did he come from?’ And look at him, he’s handsome as shit, what the fuck’s going on here? It was like someone fucking gave me a gift. And I couldn’t believe that he wasn’t already something.”


Pretty interesting that “The Last Time” didn’t end up on the self-titled debut (in 1989).

…and Atlantic didn’t see the single potential in covering a James Taylor song?

“Our label guy wanted ‘Fire and Water.’ Ever since the first record, he kept saying ‘You guys should really cover “Fire and Water.”’ But I wasn’t sure how I would change it. He kept hammering me, but he kept saying ‘Fire and Rain:’ ‘You guys should really do “Fire and Rain” by Free.’ And I went, ‘You know it’s not “Fire and Rain” by Free, right?’ But he kept saying it, so on the second record I thought, you know what? You got it. And so we did ‘Fire and Rain’ and he was so pissed-off! He said, ‘You know that’s not what I meant!’ But I said, ‘That’s what you fucking said, and that’s what you got.’ But, I’m glad we did it, because I think it’s an amazing version; it’s so different than the original. And Ray sang his ass off on it.”

And it’s such a dark, classic, edgy song to begin with.

“It is. And yeah, that why we did that. And that didn’t win me any points with the record company either. I’m really good at fucking things up, it seems.”

So you land this high-profile gig of the century, kind of go into recluse mode, then come back with this supergroup, and then go back into recluse mode again. Were you just bummed, pained, and then decided to pick yourself up again with Red Dragon Cartel?

“I just felt that I wasn’t relevant anymore,” Lee assesses. “Nirvana came along and changed everything overnight. All of a sudden I was a hair poodle, and I didn’t want to be a hair poodle. I didn’t think anybody really wanted to hear anything I had to do after that. I wasn’t going to be one of those bands or one of those guys that kept pushing myself onto people. I just wanted to leave with some grace. I had no plans on coming back but eventually if you wait long enough you can go from being uncool to vintage cool, which is what happened with me.” 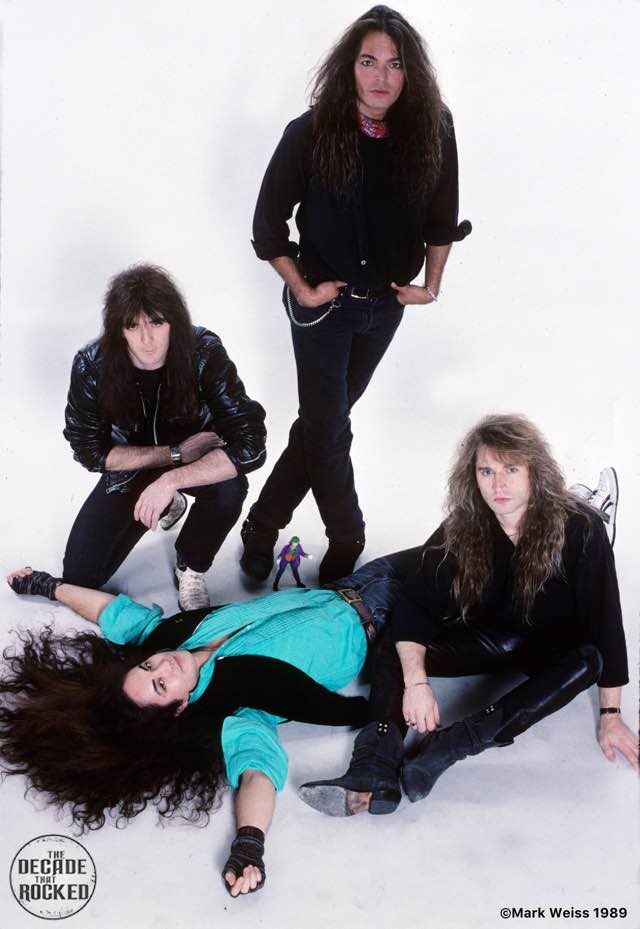 Well you look good at 62. You got ten years on me.

How’s your regime in terms of health and exercise, and diet?

“I’m ok. I drink, I smoke and I do that daily. Sometimes people can’t believe how much I drink, but I didn’t really drink that much when I was younger, so I think I saved it all. Saved my liver from any abuse and now it’s ready to accept what I give it. I drink, I smoke, but I do exercise. I do pull-ups, push-ups, stuff just to keep myself in balance. I do stretches, I try to eat healthy. It’s hard on the road. Well shit, like here, I guess I could have gotten a chicken salad, but I got fish and chips. It was either that or poutine? How do you say that?

That’s a heart attack waiting to happen. You don’t want to be doing that every day. You must have some drinking stories with Ozzy.

“Well, some,” he laughs at the thought. “I remember he saved me from probably getting my ass kicked by Bruce Dickinson once. ‘Cause I was the drunk one for a change. It was Monsters of Rock and all the bands were there at the bar, fucked-up, and I was talking to Bruce Dickinson because he found out I was into martial arts and he said, ‘Well I do fencing.’ It was all me, I was an asshole, so I said, ‘Fencing? Well that’s kind of gay. I do martial arts and you do this?’ And I started making fun of him. Ozzy came up to me and put his arm around me and said, ‘Jake, it’s time to go to sleep; let’s go to sleep’ and he pulled me away. Bruce would have probably kicked my ass at that point, or at least pulled his fucking fencing sword out and stabbed me a couple of times. And I apologized to Bruce about that. I don’t know what happened to me that night. Yeah, there were some stories, but mostly I tried to maintain myself when I was with Ozzy. I used to get drunk a lot when I was in L.A., when I was hanging out with Mötley and Ratt before I joined Ozzy, but then when I saw what a mess it could make of your life I cut back a lot.”

Do you pay much attention to the Sunset circuit bands and what they’re doing and releasing? Like constant Great White and Ratt line-up changes? And the Crüe movie; have you seen it?

“I’m totally curious about it. ‘Cause I was there; I was there in their early days, and when they opened for Ozzy I was there for all that. It’ll be interesting to see what they do with that. But no, I don’t really keep up with anybody. I just do my own thing. I keep up with Warren a little bit, just ‘cause he’s my friend. Most of these guys are out doing it for reasons other than mine. They’re doing it for the money. They’re trying to cash in while they still can, and they do it for the limelight. They like being in the spotlight. I’ve never been that comfortable with the spotlight to begin with, and I’ve never done anything based on money. I’m the total opposite of most of the people that I knew back in the ‘80s, so I don’t pay attention to what they’re doing. I don’t really care.”

All photos courtesy of Mark "Weissguy" Weiss. Check out his best-selling new book, The Decade That Rocked, now at this location!