KOBRA AND THE LOTUS – Success In The Snakepit

Canadian bashers Kobra And The Lotus kicked off 2018 in the best position they've ever been in over the course of the band's 10 year career. After years of riding the record label carousel, numerous line-up changes, and vocalist Kobra Paige's battle with Lyme disease that severely reduced the band's ability to tour, Kobra And The Lotus landed at Napalm Records. The growing label saw worth in the band's mad scheme (for a small act) to release a double album, promptly developing a plan to market and promote the record, enabling KATL to get back on the road. The proposed Prevail album was divided into two parts by the label, with Prevail I released in May 2017. The record hit the Independent (Soundscan) and Heatseekers charts, yielding three singles (four if you count pre-release taster "Trigger Pulse"). All in all, a fantastic restart for a band that has waded through its share of industry bullshit and personal issues. Prevail II continues this run, charting in similar fashion to Prevail I and seeing Kobra And The Lotus on the road yet again, as it should be.

Paige spoke with BraveWords last year about the motivation behind Prevail I and II, and prior to hitting the road she picked up the thread regarding how the band managed to divide the songs between the two albums - 21 in total, plus bonus material - and create a balance to work in their favour. 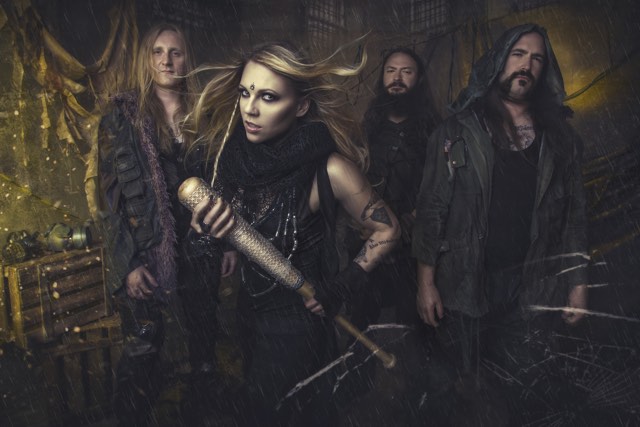 "It was pretty stressful at first trying to figure out what to do with all the music we had," Paige admits. "All we knew is that we wanted it to be equally balanced between the two albums. What really helped us was that Napalm Records chose some of the songs that went on Prevail I. They chose 'Trigger Pulse' and 'You Don't Know', and in my head 'Light Me Up' had a similar vibe, 'Gotham' seemed to match with 'Trigger Pulse', so that laid the groundwork. And because we had the one instrumental on Prevail I ('Check The Phyrg') it made sense to put the other one ('Ribe') on Prevail II."

Considering the amount of work that went into writing songs for what is essentially a double album, it's surprising to hear that Kobra And The Lotus were so willing to hand off choosing the track running order(s) to the record label.

"It wasn't really that hard. We really felt strongly about 'Trigger Pulse' for some reason and it went from there. Honestly, it was a relief to have Napalm's input because once they explained why it would be better to release Prevail in two parts rather than all at once, it made sense. It was really strange but cool that everything just fit into place doing the whole Prevail thing."

Ambition doesn't always equal success, however, particularly when it comes to producing a ton of music for a seemingly loyal fanbase. Sure, Guns N' Roses walked in and went stratospheric with Use Your Illusion 1 and II back in 1991, but how many people seriously absorbed more

than the hits off that 30 song wallop? Stone Sour laid out a similar plan to Kobra And The Lotus, releasing House Of Gold & Bones - Part 1 in 2012, garnering the band loads of attention, while Part 2 showed up and disappeared with barely a whimper a year later, proving less is quite often more in the music business. Paige reveals the band did have some doubts along the way.

"Some of us went through this phase of 'Holy shit, what if people hate Prevail II because they loved Prevail I...?' but over this last year it's become exciting to have new material to put out there again. Ultimately, we're really happy with what we've done, so we just decided to let it go and see what happens."

As if cranking out a two part album wasn't enough, Kobra And The Lotus made the oddball decision to release the single "Let Me Love You" featuring an official video with the verses sung in Japanese. Nobody saw that one coming.

"We knew when we were getting ready to release the video everyone was going to be saying 'What the fuck?' because the lyrics are in Japanese," Paige laughs. "We did it in English as well, of course, but we thought this was a fun way to share what we're doing with Japan. The idea came about because most releases in Japan have bonus tracks added, so we decided to take it to the next level with a Japanese version of 'Let Me Love You'. Kobra And The Lotus hasn't really been accepted into the Japanese market yet so we decided to make this grand gesture to that demographic. I also happen to love anime, so it turned into this super fun idea. Jacob (Hansen / producer) thought it was hilarious because he'd never done anything like that before."

"When we were in Denmark (in the studio) I worked with a woman over Skype," Paige says of honing her Japanese skills for the song. "We did the song line by line; I'd sing it in Japanese, I'd ask her if it was okay, and she give me a little nod of the head (laughs). It was kind of strange but it was fun, I have to admit."

Paige reveals that "Let Me Love You" started life as an acoustic song and morphed into its current metal form thanks to input from guitarist Jasio Kulakowski. That acoustic version caps off Prevail II as a bonus track.

"That's actually why they're both on Prevail II. We did the acoustic version first and I was so attached to it personally, and in the first three weeks when we really started to pound things out we came up with this heavier, totally different version of the song. We were just going to put the heavy version on the album, but once we were finished I was still attached to the acoustic version. I figured we could just put it on there as a bonus track. I don't think it's filler, either. The acoustic version is good, but in a different way from the heavy version. It also might be interesting to some of the fans since we don't have any other acoustic stuff like that in our catalogue."

Now that they're back on the touring trail, Kobra And The Lotus are faced with having to take the best of five albums and create setlists for the support shows currently in planning.

"It's pretty wild," says Paige. "We've come to the consensus that we're up for playing the shit out 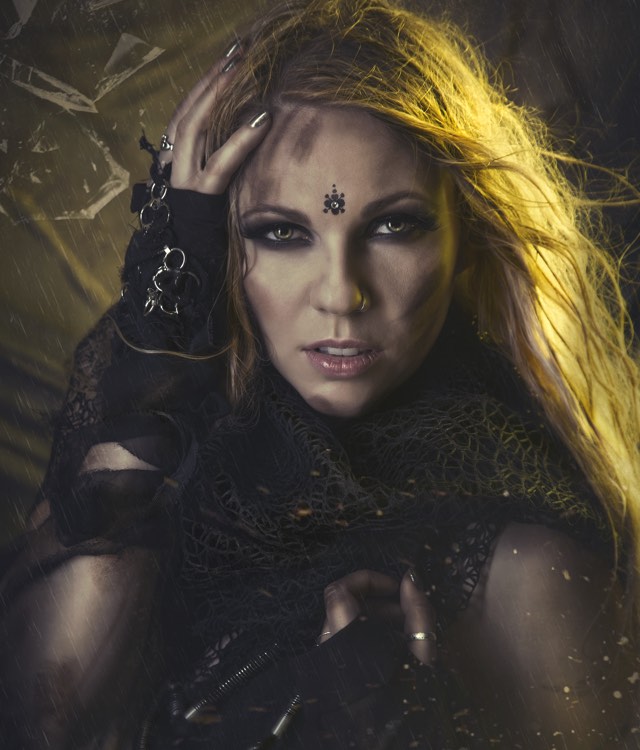 The important thing is that Paige and her band of merry men are touring again. Kobra And The Lotus were a touring machine early in their career, being forced to fall back just as their momentum was starting to build significantly.

"We're doing a bit of headlining here and there, but we're looking at Europe for the fall as direct support or possibly a co-headline tour, but I can't say who it is just yet. It feels good. I'm really healthy now and I'm couldn't be more grateful for that. And it's interesting because we've hit a turning point where people are requesting us to come on tour with them. That's never happened until last year, so it seems that people have found the band after 10 years. We've been working really hard. In the past we've been pitted against other bands when it came to touring, and now we have some options. We haven't worried at all over the last year about finding a tour because things just kept happening for us. And I have to say, that's the best position to be in doing this kind of music."

Not to mention the band finally has a label that stands behind them. Compared to years past, the exposure Kobra And The Lotus has gotten is like night and day.

"The promotion we had in the past isn't even comparable to what we have now. Working with Napalm has been interesting because I don't think we could have put Prevail I and II out on a better label. They're very strong right now. Like you said, the exposure we're getting , the network, the way they promote their bands is so much bigger and better than anything we had in the past. We had some experiences, like witht the High Priestess album, where it just came and went. Nobody even knew we had a new album out."

Asked if she's satisfied with how far Kobra And The Lotus has come in the last 10 years, Paige says "it feels about right. On average, when I look around at our peers and at our own evolution, whatever our path has been it's been as a Canadian band, not a European band. I think we're where we should be at 10 years into our career. Everything makes sense now."

Given everything Kobra And The Lotus has been through to get where they are now, and considering how much they band has changed since their Out Of The Pit debut from 2009 / 2010, has Paige ever thought about going back and updating what was (from my point of view) a sketchy debut?

"It's interesting you bring this up because three years ago Jasio and I were playing some of the Out Of The Pit album acoustically, just with each other," she says. "It was really interesting because I really started to enjoy some of the pieces in that format. There are some songs that would be really interesting to go back to. 'Cynical Wasteland' and 'Ballad Of Jane Doe' would be interesting to take a run at with the experience we have now as musicians, and I think I would even change some of the lyrics. I listen to those songs and I can hear the potential for something better. You never know; maybe that's something that needs to be added to our to-do list. We do have a track record for doing some bizarre shit (laughs)." 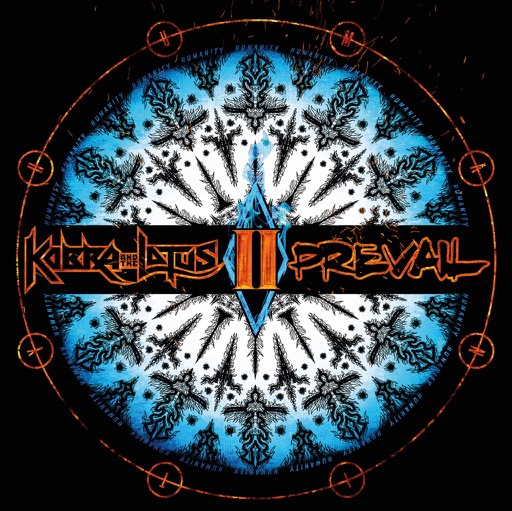