LEMMY KILMISTER Talks New MOTÖRHEAD Album And Health - "I'm Not As Strong As I Used To Be, But I’m Alright"

You always know what you're going to get from a new Motörhead release, and Bad Magic will certainly satisfy the band's legion of diehard fans. Overcoming health difficulties of the past few years, Lemmy Kilmister is back with old pals Phil Campbell and Mikkey Dee, and as evidenced by such song titles such as Victory of Die, Teach Them How to Bleed, and Choking on Your Screams, the trio is not going gently into their latter years. Speaking to BraveWords correspondent Greg Prato, Lemmy spoke about the new album, which Motörhead album took the longest, and his thoughts on Facebook/Twitter fanatics.

BraveWords: First off, how are you doing health-wise?

Lemmy Kilmister: "I'm alright. I'm not as strong as I used to be, but I’m alright." (Note: Lemmy was forced to end last night’s Salt Lake City show early due to breath issues with the high altitude - click here for more)

BraveWords: Have you had to alter your lifestyle over the past few years?

BraveWords: What about as far as smoking and drinking?

Lemmy Kilmister: "A lot of it came really easy. I was lucky." [Laughs]

BraveWords: Would you say some of your favorite Motörhead albums have come the easiest, or were they difficult to get just right?

Lemmy Kilmister: "Both ways. We record all different ways, too. Sometimes, we get the drums first, but apart from that, anything goes."

BraveWords: Could you give an example of a Motörhead album that was hard to get right?

Lemmy Kilmister: "Another Perfect Day took the longest. But that was Brian Robertson."

BraveWords: I particularly liked the opening line of the song 'Electricity' off the new album, which is "Don't speak of your beliefs, they are yours to keep." That line is probably more valid now than ever, with people posting away on Facebook and Twitter.

Lemmy Kilmister: "I know, it's ridiculous, man. That whole thing is…weird. I don't know why anybody ever thought it was a good idea. And then everybody else caught on to it. I couldn't do that. Not me."

BraveWords: How did the idea come up to cover the Rolling Stones' 'Sympathy for the Devil'?

Lemmy Kilmister: "It was [wrestler] Triple H asked us to do it. He asked to do about eight covers, and we got through two, and then we pinched that one and put it on the album. I thought we were going to pinch the other one, too."

BraveWords: What was the other cover song?

Lemmy Kilmister: "It was David Bowie. I can't remember [the song title]…it's one word."

Lemmy Kilmister: "No. Before that."

Lemmy Kilmister: "You can't do it either!" 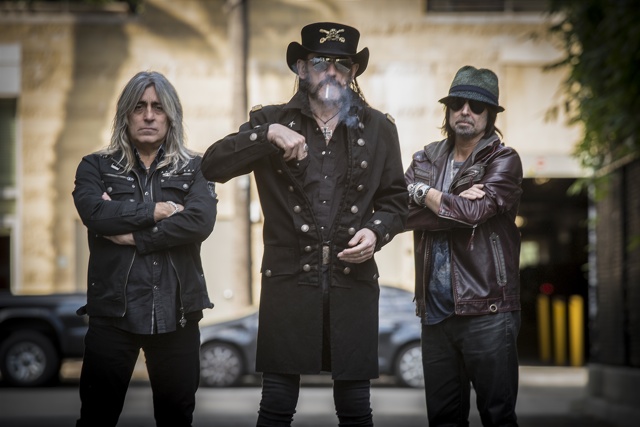 BraveWords: I am happy to see Motörhead is headlining some of the biggest venues ever in the US on the upcoming tour. How does it feel that the band is probably bigger than ever here in the US?

Lemmy Kilmister: "Oh, we've been trying long enough. I've been here for 21 years. God almighty, we should have been playing [large venues] ages ago." [Laughs]

BraveWords: What do you feel is the most underrated Motörhead album?

Lemmy Kilmister: "Oh, all of them, really. After Another Perfect Day, we didn't have a hit for about ten years. There was a lot of good stuff that went under the bridge, and everybody missed it."

BraveWords: I thought Orgasmatron was a strong album that tends to get overlooked.

Lemmy Kilmister: "Yeah, that was probably the first one they ignored. [Laughs] It's too bad - that's how life is, y'know? Sometimes you carry on down the stream, sometimes you hit the bridge."

BraveWords: But you can say it all worked out in the end for Motörhead.

Lemmy Kilmister: "Yeah, I guess. I'm not complaining, you understand."

BraveWords: Do you prefer the state of the music industry now, or when you were first coming up in the '70s?

Lemmy Kilmister: "Somewhere in the middle, actually. Because I came up in the '60s first - I was in a couple of bands in the '60s. That was miserable, because if you were into recording you had to carry this huge suitcase with a tape recorder around with you. It was just hopeless. Then the '60s got slightly better, but the '70s was the best. Because we discovered cassette players and all that stuff. It became a lot more quick and a lot more efficient." 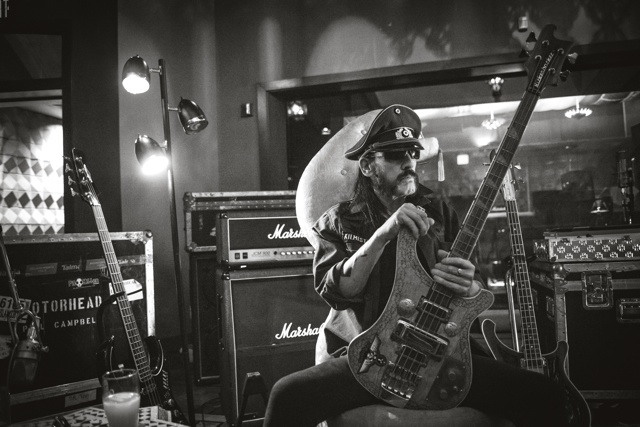 BraveWords: What is the biggest misconception about Lemmy Kilmister?

Lemmy Kilmister: "I don't know. You'd have to ask them."

BraveWords: Having interviewed you several times over the years, you're always a friendly and nice person on the phone - which may be in contrast to the public's perception. So that could be a misconception.

Lemmy Kilmister: "Yeah, I'm not a fighter. I don't get drunk and fight and do all that shit."

BraveWords: Back in 1977, could you have ever predicted that Motörhead would still be going strong 40 years later?

Lemmy Kilmister: "No. But there again, I don't predict anything - because you're always wrong."