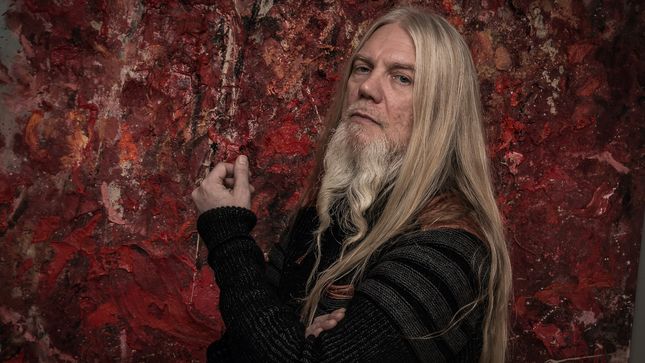 Nightwish bassist / vocalist Marko Hietala was in the business of making music long before keyboardist Tuomas Holopainen launched the band in 1996. Back in 1984 - almost 20 years before he would join Nightwish, in 2001 - Hietala and his brother Zachary founded Tarot, a metal band that would find underground popularity in their native Finland but remain relatively obscure internationally until the Crows Fly Black album in 2007. Nightwish's rise to mega-fame is in the history books, with Hietala as one of the players that made their 2004 album, Once, an international breakthrough. And now, after three Nightwish studio albums under his belt with a fourth on the horizon, he has released Pyre Of The Black Heart, a low-key solo record. It originally surfaced as a Finnish version - Mustan Sydämen Rovio - issued in the spring of 2019; news of an English version hit later in the year with an early 2020 release planned as Hietala, record label Nuclear Blast, and the rest of the world gear up for the new Nightwish record, Human. :II: Nature., due in April of this year.

"I've been working on this album for the last couple of years, but we didn't get into any hype for it until we were ready to put it out," Hietala explains. "That made it easier because we didn't have to deal with any extra pressure. There is always some pressure that you put on yourself when you're releasing something new, of course, but we didn't have any of that from the outside, which was good. It's been a long time dream as a musician to do something like this, and now was the time. Nightwish was taking a sabbatical and I had enough material. Some of the pieces go back as much as 15 years, but most of the songs became concrete over the last four years or so. Then, two-and-a-half years ago we started putting this together. There were a few things that got in the way as we were making this, but it all came together."

As word of Pyre Of The Black Heart / Mustan Sydämen Rovio's impending release got out, the assumption was that Hietala would steer things in a metal direction akin to what he does with Tarot. This was completely off the mark. The album is a wildly diverse, held together by Hietala's instantly recognizable vocals.

"These are songs that I wrote on my own, but yeah, a lot of people expected more of a straight metal album like Tarot," he says. "This is where I was able to start totally on my own. I didn't have to worry about working with a band. This album became a melting pot of all my different musical ideas... sort of like a musical history lesson for people who are fans of what I do. I asked these guys - Tuomas Wäinölä (guitars) and Vili Ollila (keyboards) - to help me out because I've known them for many years, and they're open-minded musicians. Tuomas also ended up mixing and producing the album. I gave them the parts to play after the whole thing had been written, but the album wouldn't sound this versatile and this diverse without them."

The album is bookended by first single "Stones" and closing track "Truth Shall Set You Free", but pressed to describe it as a whole, the record is a wonderfully weird mix of progressive rock and classic rock with occasional dips into the metal pool.

"That sounds good to me," laughs Hietala. "I definitely figured that some people would be surprised by this album. But, no matter how weird it gets people seem to like it. I didn't make any conscious decisions to not make an album that sounds like Nightwish or Tarot," Hietala continues. "I knew the differences would be there anyway. I knew it would be diverse, I knew would look for unorthodox ways of doing things in some places. It definitely falls into the category of prog rock. It's not mathematical prog; it's very melodic, it's more about the vibe and the atmospheres, combining modern sounds with old school concepts."

"We released the Finnish version of the album in the spring of 2019 because we had some commitments with Finnish festivals," Hietala says of releasing the two versions separately rather than as a package. "It's interesting because some people say they prefer the Finnish version better, but I actually wrote the English version first. Doing a Finnish version was definitely not a commercial decision. It was just an idea I had, so of course I had to do a lot of thinking. I would have a complete overall vision in my mind of whatever story I was going to tell, so I was able to bridge from one metaphor to another and reach the same conclusion. But there's a lot of work in that because you have to consider the timing and the syllables, putting the emphasis on certain words. It can be hard to do and keep the same vocal melodies. I'm happy with the way it turned out."

There is the obligatory question of whether any of the song ideas that made their way onto Pyre Of The Black Heart had been meant for Nightwish at some point, and surprisingly, Hietala admits he and Holopainen had talked about it. 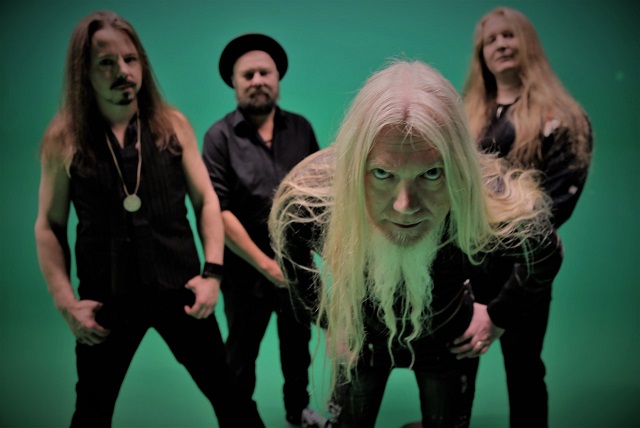 "Most of it is pretty obvious that I was going to use it for myself. I did play a little part of 'Dead God's Son' and 'Truth Will Set You Free' to Tuomas, which is a funny thing because he borrowed some lyrical ideas from 'Truth Will Set You Free' for 'Yours Is An Empty Hope' (from Endless Forms Most Beautiful). We agreed at the time that we would keep things separate even though we were going in the same direction lyrically at the time. So, where we started and ended up is totally different."

Hietala considers Pyre Of The Black Heart an artistic victory, but writing the album also allowed him to dig deep on a personal level.

"'Voice Of My Father' is definitely personal," he says, offering one example. "It is a simple fact that my father used to sing me and my brother to sleep when we were toddlers, he supported the idea of me playing guitar when I was 10, and there was always music to listen to at home. His shelf of LPs had lots of jazz, The Beatles, Elvis, some Finnish folk rock, even some Emerson, Lake & Palmer on quarter-inch tape. I had a very musical environment to grow up in, so I have a lot to be thankful for. That song is a tribute to him." 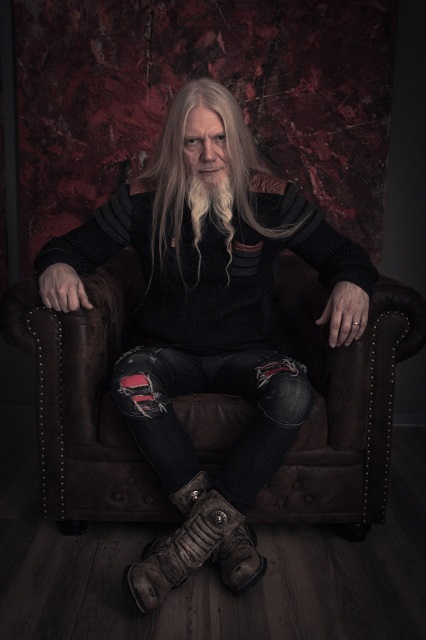 With a European solo tour under his belt, Hietala's next priority is Nightwish and the Human. :II: Nature. promo cycle, followed by a world tour that will keep the band busy for the next two years at least (they had released their new single, "Noise", a week before this story was published). Asked if another Tarot album is in the cards - no pun intended - Hietala reveals there are no plans to regroup. Founding drummer Pecu Cinnari passed away in 2016 due to a long-term illness and that has left the band in a state of limbo.

"Tarot is a bit of a painful thing in that after playing music together with these friends, growing up together, learning how to play music together, and then watching one of those friends wither away and die... it's very hard. Me and Janne (Tolsa / keyboards) have talked about how it would be nice to finish the songs we have on hard disk now, but so far it seems more like a sad thing to do. Rock ‘n' roll shouldn't be a sad experience. Maybe one day, but I can't really tell what will happen."