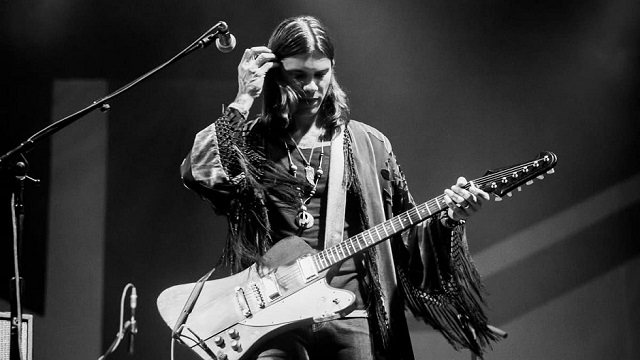 Nick Perri has played with a variety of artists over the years – Silvertide, Shinedown, Perry Farrell, and Matt Sorum, among others (in addition to sharing the stage with the likes of Aerosmith, Van Halen, Velvet Revolver, ZZ Top, Mötley Crüe, and Foo Fighters). But it wasn’t until the recently-released debut album by Nick Perri and the Underground Thieves, entitled Sun Via, that he was the undisputed leader – handling both lead vocal guitar duties, as well as penning (or co-penning) nearly all the material on the album. Perri spoke to BraveWords correspondent Greg Prato about his latest project, Sun Via, and the imaginative video for “Feeling Good”.

BraveWords: How did the Underground Thieves come together?

Nick Perri: “For people who don’t know my story, I’ve been doing this a long time. I got signed really young. So, even though I’m still young, I’ve been doing it a long time. And it was really this 20 year journey of playing in bands and it being very a very collaborative ‘band situation’ – and being signed a bunch of times and being dropped. It was this whole journey of discovering myself as an artist, a human being, and figuring out what it is I wanted to do musically and figuring out what I didn’t want to do. Kind of all those things converged a few years ago. I turned 30, I became a dad, I said, ‘I just want to do it MY way. For once. For better or for worse. I’ll fall on my sword if I have to…but I just want to make the record I’ve always wanted to make in my head and my heart – with no artistic compromise.’ I don’t want a record label telling me I can or can’t do this. I just want to do it 100% my way. And that was the inception and the motivation for starting the band. And also, over time, as it developed, I decided – which was a big move for me – to sing my own songs. It’s really become a very expressive outlet to where I’m now fronting the band and singing lead on most of – if not all of – the songs. And I changed the name of the band to Nick Perri and the Underground Thieves – which was a big moment for me. Even though I’d been making records and doing music for a long time, this is my debut record – under my own name, under the artist that I want to be. So, it’s a big moment and I’m grateful for it – and I’m grateful for the incredible response this first week. It’s just blowing my mind.”

Nick Perri: “It was a long journey. We started the record on December 1, 2017. It was a very intense process. It was a long process. We recorded more than ten songs – we probably recorded close to 30 songs. And it was a labor of love. I recorded these songs at different points in my life and different points of my journey. Some of them are old – ‘Daughters And Sons’ is ten years old, ‘White Noise’ is five years old. There are ideas that go back even further than that – thirteen years. But some of them are brand new – that came out six months before we finished the album. So, I really feel like with most people’s debut records, it’s really the old cliché – you’ve got your whole life to write your first record, and then six months to write your second one. It was kind of that situation, where I took my time, I didn’t have anyone telling me what to do. So, I took my time until I thought it was done. But the writing process, everything is written by me or my band members. Like I said, it’s a labor of love and something I’ve wanted to put forth for a long time. I’m very proud of the record. I recorded and produced the record, as well. Which is another thing that was important to me. And I think my favorite song at the moment is ‘I Want You’.”

BraveWords:  What about the first single and video, “Feeling Good”?

Nick Perri: “That one is…it’s crazy how the world works, because that song was written two years ago. I wrote it at a time in my life when I was going through a rough time in my personal life. There was some stuff going on. I guess you could say I wrote it as, like, a pep talk to myself. And to shift my perspective from thinking about the things I didn’t have, to thinking about the things I did have. And that perspective change literally changes the world around you. I thought it was such a discovery for myself – on a deep, spiritual level. I really wanted to share the song with people and put it out there, and would hopefully make people feel good, and inspire that change within others. Little did I know in two years, we’d be in the middle of a pandemic and it would be such a heavy time. So, the decision to put that out was really a unanimous one, because everybody involved in my band and on my team on the business side felt that people could really use a song like that right now that would make them feel good and inspire them to feel good – despite it being such a dark and heavy time. So, the song wasn’t written about anything we’re going through now, but I do think it applies. And if it even for five minutes a day makes somebody smile, then that would make me happy. As far as the video, I always wanted to do a one-take/one-shot video. It was a lot of fun to do that. Obviously, we filmed it pre-pandemic. But I called a bunch of friends, and said, ‘I have this idea. I’m going to be walking down the street, I’m going to be feeling good…and hopefully, pick up some friends along the way!’ We rehearsed it quite a bit to get it right, because like I said, it’s a one-take video – with no editing in it. To get that final take, there were was definitely some luck involved – we had to cross a street, luckily there were no cars coming. We had to go through a playground, and people were on rollerblades. It was a normal day – and somehow, we were able to pull this off with no official planning. It was just something that my friends and I pulled together. And Austin Bauman, who shot the video and did the cinematography, did a fantastic job.” 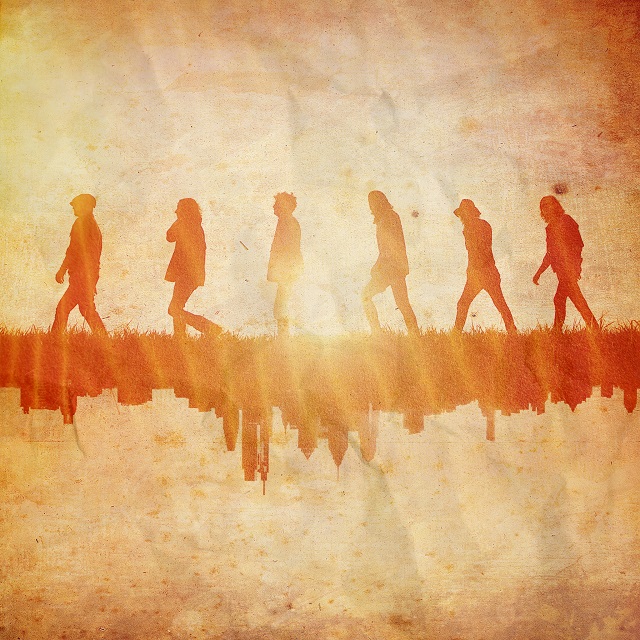 BraveWords: You’ve toured with some of the biggest names in rock. Which ones were your favorite?

Nick Perri: “I guess Van Halen would probably be amongst the top of the list. As a kid growing up, a lot of guitar players out there have been inspired by Eddie (Van Halen) over the years. And to share a stage with them and tour with them was a transformative experience – especially being so young. When I did that tour, I was 20 years old. That was amazing. Getting to play with Aerosmith and ZZ Top – that was pretty awesome. I think my most favorite moment musically on stage would have been I was asked to sit in and play with the man Les Paul, himself. Not on one occasion, but two occasions, I got up there and played with him at the Iridium in New York. It was probably the highlight of my life, musically.”

Nick Perri: “To take over the world! I’m kidding – to reach as many people as I can with the music. I’m not in this to get rich or to get famous or anything like that. If I was, I would have quit a long time ago. For me, it’s really always been about writing songs that mean something to me and sharing it with people, and hopefully those songs mean something to someone else – the way music has inspired me in my life.”