PAIN OF SALVATION – “There Has Been A Lot Of Problems, Actually” 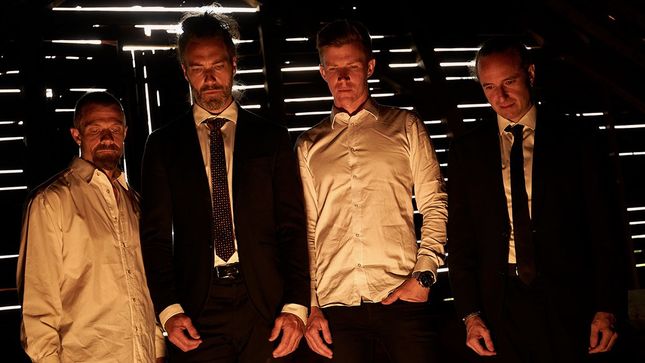 Pain Of Salvation recently released their eleventh studio offering overall, Panther…which catches the Swedish prog metallists at bit of a crossroads. The band – led by singer/multi-instrumentalist Daniel Gildenlöw – still continue on the same stylistic path as the previous few offerings (namely the previous release, 2017’s In the Passing Light Of Day). But there appears to be at least one significant change on the horizon for the band – as Daniel told BraveWords correspondent Greg Prato, right around the time of the August release of Panther.

Daniel Gildenlöw: “It’s very typical Pain Of Salvation, that we always change for every album, but we do have something there – some musical DNA – that makes it obvious for the listeners that it’s still Pain Of Salvation. At least that’s what I take from comments and the feedback thus far. Which has been really great, which has been a nice ride of things. Since we started releasing the singles and videos, and then the album release, the response has been very nice – and less divisive than what I would have expected. Sound-wise, I think the thing with the Pain Of Salvation albums is that it’s pretty much like being a parent – you see your kids all the time. You don’t really experience that there’s a lot of change going on. It’s sort of like a constant journey, somehow. And I think that’s the case with being in Pain Of Salvation, is being that we are part of the process and we don’t really see the change that much. But when we release an album, it is like coming to your relatives with those kids – who only see you every fourth year or something like that. And they go, ‘Oh my God, your kids have grown up SO much!’ I have gotten used to the response always being that it’s so different from the previous album or the previous albums. Because we don’t really ever see it that way. Not to that extent, anyway, because to us, it’s been a slow and organic process.”

BraveWords: At what point did the “Panther process” start?

Daniel Gildenlöw: “Mid-way through In the Passing Light Of Day, because that was released in 2017, and when that is released, there has been a two or three year process of getting there. So, the result says more about where I was back in the end of 2015 maybe – from a sound point of view. So, the journey of Panther has been a slow, organic process – ever since then.”

BraveWords: Can you compare it to any previous albums?

Daniel Gildenlöw: “It’s in many ways a continuation of where we were heading with In the Passing Light Of Day. I remember with ‘Full Throttle Tribe,’ when we started adding keyboards that were a bit out of tune, and I would program the pitch bend to work in two different ways. Like, I would side-chain keyboards into each other. And once that started happening, it felt like this was the ‘sound world’ where we wanted In the Passing Light Of Day to be. And we started pulling songs into that sound world and into that mixture of guitars and organic elements, and these sort of slightly off-kilter synthetic sounds. And that’s where that album found its identity. I basically just kept working in that direction. I didn’t feel done with that. I was curious to see where the music would end up if you start in that end – instead of moving songs into that. That’s where Panther started, I guess. In ‘Full Throttle Tribe,’ not only sound-wise, but also content-wise and conceptually. It is an album that has grown sideways out of Passing Light Of Day and especially from the ‘Full Throttle Tribe’ track.”

BraveWords: Since Pain Of Salvation hasn’t been able to tour in 2020, have you gotten a head-start on working on new music for a new album?

Daniel Gildenlöw: “Well…we haven’t met a lot. I think that’s the weirdest thing. But that’s not just because of the world situation – we just have a lot of different family situations. People having kids. There has been a lot of problems, actually – trying to meet up. Which makes the entire Panther process a bit of a lonely process. For me, I felt a lot of support, but just like with Remedy Lane and The Perfect Element, it was an album where I worked creatively very much on my own – for good or bad. So, what happened with the Corona outbreak was we were just at the end of a recording cycle…so we were lucky that way. We did have lots of tours planned – but not in detail. They would have happened pretty much about now. And we’d never been a very organized band that way.”

BraveWords: So you just let things happen as they may?

Daniel Gildenlöw: “I think we came to that conclusion very early on – that whenever we are planning something very much in detail, it seems like reality will somehow overthrow those plans! So, we have come to terms with that and we wing it. That seems to work well for this band. We try to ride the crest and the flow. In this specific year it really paid off – even though that was not our intention. But, we did know already back in November or something like that, that Gustaf [Hielm] was going to leave the band. We did know that the album would come out and we would be expected to be on tour just about when people were becoming fathers – and that is not a good combination, and we did not have a solution to that. But we pretty much just powered on ahead, and thought, ‘We’ll just solve that later on’.”

Daniel Gildenlöw: “I always want to keep writing music. When I’m done with an album, I want to keep writing, when I’m on tour, I want to keep being on tour. It’s just how I work. So, there was a lot of weird, dark clouds on the horizon – that we didn’t have a clue as to how to solve these things. But we just felt that, ‘We’ll see what happens.’ And then, all of a sudden, there is the Corona outbreak and we are not forced to find a bass player – we can just wait it out. And we figured, ‘We’ll make it public whenever the album comes out. Because at that point, it’s going to be obvious – with videos and everything.’ Which I think Gustaf and the rest of the band felt happy about – it’s always difficult with public reactions to things like that. And the tour were canceled, so we didn’t have to bother about that anymore – they could just have time off and be fathers and relax, which I really think is a good thing, as well. And I focus on writing more music. Because we did have more material, that was one of the problems, too – that we didn’t know what to do with that material. And I decided that we’d record it anyway. And all of a sudden, I’m sitting on half a new album – which feels like a good place to be.”