QUIET RIOT’s FRANKIE BANALI Talks Cancer Battle – “If Anything That I Can Say Can Help Even One Person, Then It’s Worth Me Saying It” 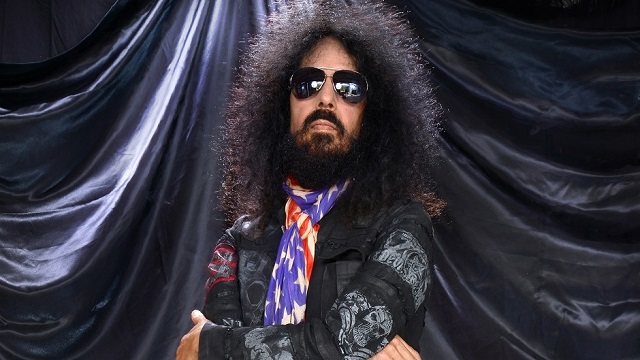 When Quiet Riot began playing shows earlier this year without drummer Frankie Banali (the sole remaining member in the line-up from the group’s massively successful Metal Health period), it raised some suspicions in the metal community.

Sadly, it eventually became known that the reason why Banali was sitting out the shows (with former Type O Negative drummer Johnny Kelly filling in) was because he had been diagnosed with stage four pancreatic cancer, and was going through chemotherapy treatments.

But Frankie is certainly a fighter - as evidenced by him once again re-claiming the drum spot in the band for live work in support of QR’s latest album, Hollywood Cowboys, despite still going through chemo. The drummer spoke to BraveWords correspondent Greg Prato about his health, the new album, and Quiet Riot’s history.

BraveWords: How are you doing, health-wise?

Frankie Banali: “Good. Yesterday I finished the third day of round nine of chemotherapy. And so far, so good. Just waiting to see what side effects are going to kick in, because they start doing the treatment and they continue on for at least a few days - sometimes all the way through to the next treatment. It really depends. It varies - there’s no blueprint.”

BraveWords: Concerning the chemotherapy treatments, will they be ongoing?

Frankie Banali: “It’s difficult to say, because initially what happened is when I did the first seven rounds of chemo, the cancer cell count number was diminishing with each chemo, by about 50%. But what happened is during that period of time - over about a three month period - I had lost so much weight that I was down to about 135 pounds, and I was too weak to continue. So, we took two-and-a-half months off of doing the chemo. And of course, during that time, the numbers raised. So now, we’re fighting to get the numbers back down again.”

BraveWords: What’s the best way for people to get screened?

Frankie Banali: “With pancreatic cancer - which is a deadly cancer - the problem with it is that there are no symptoms. I had absolutely no symptoms whatsoever. How we found out about it was that blood clots are a by-product of this particular cancer. When we went in to see what was going on and found out I was dealing with four different blood clots, they scanned and got part of my liver, and discovered that I had cancer of the pancreas and it moved to the liver. So, there is no test. The thing to do is to get yourself scanned, because the problem with pancreatic cancer is usually when it is diagnosed, it is already at stage four - not one, not two, not three, but stage four...and there is no stage five. So, it’s important to get scanned. PanCan are basically the point people for pancreatic cancer, and I spoke at their event last November, which is pancreatic cancer month. And I’m speaking out at our shows, because I think it’s really important for people to be aware that if cancer runs in their family, to have themselves scanned and do everything they possibly can to get a jump on this. Because if they can get diagnosed at stage one or stage two, it’s certainly gives them a much greater fighting chance. So, if anything that I can say can help even one person, then it’s worth me saying it.”

Frankie Banali: “I usually start writing for a future album shortly after the preceding one is released. And my mindset on this particular record, I wanted it to be a little more varied than what we had done on Road Rage and some of the other records we had done in the past. They’re user-friendly arena rock sounding tracks, but then there are a couple of heavier numbers - with double bass drumming, which I haven’t done in quite a while. And there is even a blues track on the record. It is much more varied than anything we’ve ever done in quite a while.”

BraveWords: What do you recall about filming the video for the track “In The Blood”?

Frankie Banali: “It was a lot of fun to do the video - even though under the circumstances. I was right in the middle of doing chemotherapy when we did the two days of shooting for the video. So, for me, that was a challenge. But I’m not afraid of challenges, and I didn’t want to reschedule because it is difficult to get locations, and you can’t all of a sudden just because you’re not feeling 1000% to just cancel and reschedule for another day. It doesn’t work that way. But it was a lot of fun to do. And Regina Banali was the director and writer and producer of the video, and she did a fantastic job. We’re both fans of the spaghetti western genre, and we wanted to have a fun video and we didn’t want to have another video that...not that there is anything wrong with four guys on stage playing live, but we just wanted to make something that was more fun and had some depth to it.”

BraveWords: Jizzy Pearl is the current singer for Quiet Riot. Why did singer James Durbin leave?

Frankie Banali: “I can only tell you that my assumption is that he wanted to continue working on his solo career versus being part of a band.”

Frankie Banali: “We only have one show left this year - because we are running out of 2019. We’ve got a show at the Soaring Eagle Casino in Mt. Pleasant, Michigan on December 30th. And I’ve already accepted quite a few dates for 2020. We just played in St. Louis a couple of weeks ago, so I’m actively back out on the road with Quiet Riot again - and attempt to do so for 2020. Generally speaking, when you have a band like Quiet Riot - that has such a long history and such a long recording history, you can only have so many songs in a set, within the time limitations that you have to play. So, I’m going to have to think long and hard to decide if and which songs from Hollywood Cowboys would be added to the live set, because for any one or two songs that you add, you’re going to have to take one or two classic songs out of the set. And by and large, a lot of the fans are really interested in hearing the iconic songs that we created over a 36 year career.”

BraveWords: Do you agree that the achievement of Metal Health being the first #1 that opened the flood gates for metal in the ‘80s?

Frankie Banali: “I think it’s pretty clear if you look at the album chart when Metal Health went to #1, there was nothing else on the chart that was like it. There was Lionel Richie, Michael Jackson, Paul McCartney, the Police. So, from that aspect, it’s clear that we were the forerunners of it. Having said that, we have never taken the position that we made anybody else’s career. What we were able to do is by having such a hugely successful debut album, all of a sudden, all of the labels wanted to sign what they thought might be the next Quiet Riot, and all managers wanted to sign what might be the next Quiet Riot. And attorneys and accountants. They all lined up, because everybody wants a piece of that pie. Did we knock down the wall for others to come through it? Absolutely. Were we responsible for anybody else’s success? No, that was up to them.”

BraveWords: Looking back, what are your thoughts on including Slade covers on back-to-back albums? 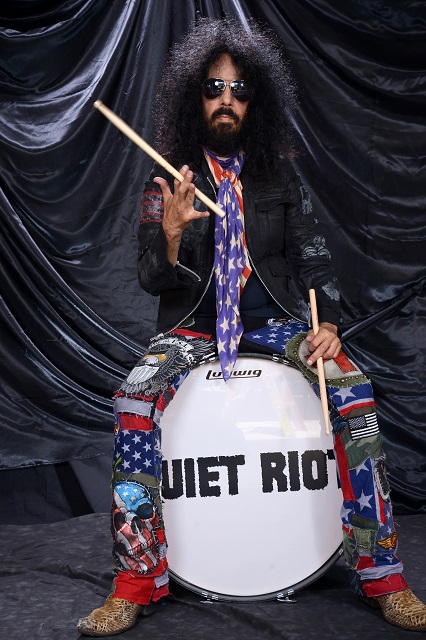 BraveWords: Do you think anything could have been done differently when it came to the Condition Critical album? Perhaps not rushing out a follow-up to Metal Health so soon?

Frankie Banali: “Well again, we had no choice in the matter. Nobody - especially us - had any idea that the Metal Health record was going to be so huge. The Metal Health tour started on March 17 and 18 [1983] in Hollywood at the Roxy, and ended just shy of a year later, on March 15 in Munich, Germany. So, we really had no time off. Management’s idea of time off was coming back to LA and shooting another video - or shooting a TV show. As soon as we got back to Los Angeles after the tour, the label wanted us to go straight back into the studio to record another record - with the old ‘strike while the iron is hot’ type of mentality. So, we were not well-rested, and we would have been better served had we had time to really take in the previous year and then go in fresh and do another record. But we just didn’t have a choice in the matter.”

BraveWords: What do the DuBrow and Rhoads families think of QR still playing/performing?

Frankie Banali: “I have nothing but an immense amount of support from Kevin’s mother. She is like a second mother to me. We have always had a wonderful relationship, and she completely and totally backs and supports what I’m doing 100%. As does the Rhoads family. They have absolutely no problem. Just recently, when we played the Whiskey a couple of months ago, the Rhoads family was there in attendance - showing support. There is no issue there. If anybody has any issues then they don’t directly have anything to do with the band - they’re just critics.”

BraveWords: What are your thoughts on the Dio hologram tour?

Frankie Banali: “That’s a tricky thing. On the one hand, it’s providing a service for the Dio fans. I have not personally seen it, so it’s difficult for me to comment on how it looks or how successful it is. I’m a ‘live and let live guy’ - as long as people don’t interfere with what I’m doing.”

BraveWords: How would you like to see the QR legacy live on?

Frankie Banali: “I don’t concern myself with that. I just concern myself with keeping Quiet Riot moving forward as long as the fans are interested in Quiet Riot - both live and if we record new material. The basic fact is that without the fans, no band could survive. And the fact that we have survived during some really difficult and trying times - even with the successes that we’ve had for 36 years - a lot of that credit is to the fanbase that still supports Quiet Riot. Without them, there would be no Quiet Riot. So, I don’t worry about the legacy. I concern myself with the present and how we move forward.”