RONNIE JAMES DIO Remembered 10 Years Later - “Singing Is Very Easy For Me - I’m Lucky, I’ve Been Blessed With The Talent And The Brains To Know What To Do With It”

Today we mark the 10th anniversary of Ronnie James Dio's death (May 16th, 2010), legendary singer for Rainbow, Black Sabbath, Heaven & Hell, along with an illustrious solo career that lasted well over 20 years. Let me take you back to BW&BK Magazine issue #37, that was released in early 2000, where BraveWords was invited to an exclusive in-studio session as Dio’s 2000 release Magica was being built. It was just over 20 years ago that I was literally spellbound, travelling to Los Angeles with Spitfire Records President/CEO Paul Bibeau to join Ronnie James Dio, his wife Wendy and his bandmates at Total Access Studios in Redondo Beach, nearly an hour outside of Los Angeles. Word-for-word, here is the article: 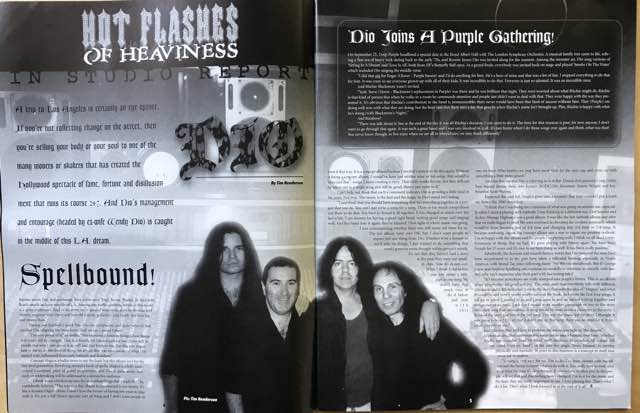 A trip to Los Angeles is certainly an eye opener. If you're not collecting change on the street, then you're selling your body or your soul to one of the many movers or shakers that has created the Hollywood spectacle of fame, fortune and disillusionment that runs its course 24-7. And Dio's management (headed by ex-wife Wendy Dio) is caught in the middle of this L.A. dream.
Ronnie James Dio and entourage have taken over Total Access Studios in Redondo Beach, nearly an hour outside of L.A., barring any traffic conflicts, which in this locale is a given nightmare. And as we enter, we're greeted with open arms by Ronnie and Wendy, engineer Wyn Davis and two old friends, guitarist Craig Goldy and bass legend Jimmy Bain.
Having just finished a quick bite, Dio sits complacent and quite relieved that another Dio offspring has been born. Shall we say a proud father?
"I'm very proud of it," he smiles. "But whenever I listen to things I hear things that could still be changed. That is definitely the hardest part for me. There will be people that won't care about it as well and that bothers me. But this was important to me to do this kind of thing. An album that was reminiscent of what Dio started with, influenced from early Sabbath and Rainbow." 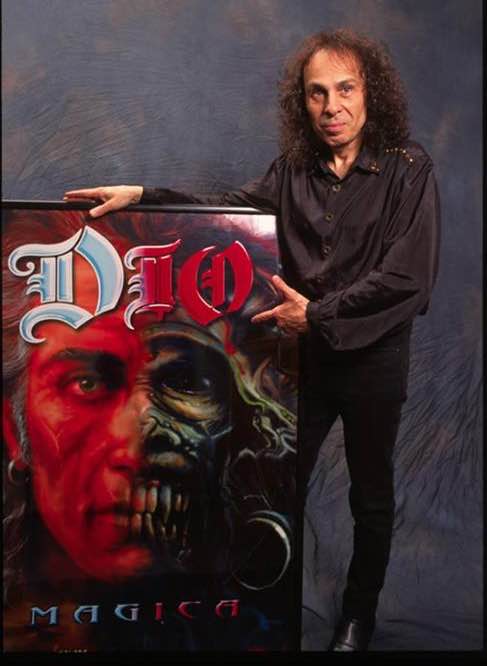 Concept Magica, a ballsy move to say the least, but this album isn't for the fast-food generation. Revolving around a book of spells, Magica is a fully intertwined conceptual piece of grand proportions, and Dio is quite aware that such an undertaking will be addressed to a distinctive audience.
"I think it can a broken up into the individual things that people like," he confidently believes. "The way that this album is constructed is not timely. It's like a Readers Digest album. I didn't have the luxury of having two years to play with it. It's not a full-blown operatic sort of thing and I don't want people to treat it that way. It is a concept album because I needed a reason to do this again. Without it being a concept album, I would've have just written nine or ten songs that would've been just that - songs. I enjoy creating a story. That really works for me. But they still can be taken out as a single song and still be good, there's just more to it."
Can't help but think that such a comment indicates Dio is growing a little tired in his years. Not true. The music is the fuel and the magic in Dio's mind isn't fading.
"I just think that you should have something that ties everything together in a project that you do. You can't just write a song for a song. There is too much competition out there to do that. You have to thread it all together. It has changed so much over the last while. I am known for having a good tight band, writing good songs and singing well. And this band does it again; they're talented. I lost sight of where music was going. I was contemplating whether there was still room out there for us. The last album went over OK, but I don't want people to expect just one thing from Dio. Whether it be a fantasy or sci-fi take on things, I just wanted to do something that would generate some thought within people's minds. It's not that they haven't had a story in the past, they were just smaller clips. Now it's drawn-out. What I think I did before was just create a concept in one song. We didn't have that much time to do it before and now with this one we have. Who knows, we may have more time for the next one and come up with something a little more grand."
And the line-up that Dio is referring to is stellar: Dream Evil guitarist Craig Goldy, bass legend Jimmy Bain, wee former AC/DC/Dio skinsman Simon Wright and keyboardist Scott Warren. 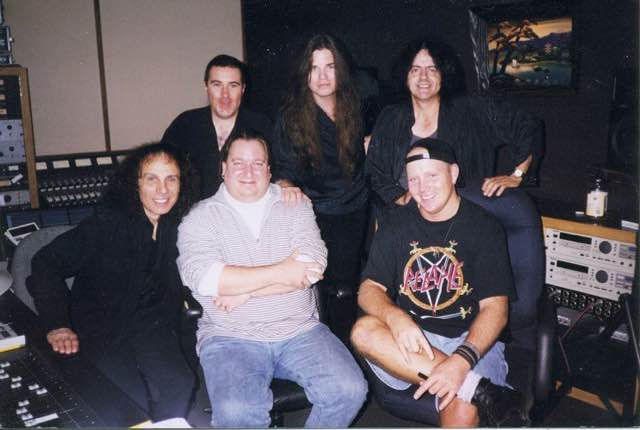 Expected this past fall, Magica grew into a monster that time couldn't put a leash on, hence the 2000 street date.
"I think that I was being too conscious of what was going on around me, especially when I started playing with Sabbath. I was thinking in a different way, a lot heavier and darker. Strange Highways was a great album. It was like the last Sabbath album and after that we really began to sway. We were confused in choosing the modern approach, which would've been breaking out of 4/4 time and changing into 5/4 time or 7/4 time. It became confusing. Again, the concept album was a way to regain my positive outlook; I'm so happy with this album and the people I'm playing with. I think we all need a reinforcement of things that we had. It's great playing with Jimmy again. We have been friends for 25 years and it's nice to see him doing so well. It has been really positive."
Admittedly, the demons and wizards fantasy world that Dio fans and the man have been accustomed to in the past have taken a ridiculed beating, especially in North America, with Spinal Tap jokes following many '70s/'80s era metalheads. But if George Lucas and Stephen Spielberg can continue successfully to entertain us visually with fantasy, why can't musicians play their part with fascinating tales?
"It's because stereotypes are really stamped into people's brains. This is an album about people who are good and evil. The same story that everybody tells with different characters and a different slant. I wrote the story first with the idea of "Magica" and what it would be and how it would revolve around the book. As I wrote the first four songs, it led me to where I wanted to go and Craig came in and we started writing together and things started to meld. Each day I would write another paragraph or two to the story with each song that came along. A song would be done about a character in the story. I finished the story just before the last song. This way the music led the story. I thought it was going to be a 2 CD set, but it didn't end up that long; there was no need for it. It finished properly as one."
And Dio says that he'd love to perform the entire spectacle in "the theatre."
As plain as day, Dio's unmistakable lungs fail to take a beating over time. Whether it's the epic cruncher 'Feed My Head' (with the lines: 'Hope is lost, All is dead, Fill my mind, Feed my head') or the sure-fire single 'Fever Dreams', to survive physically and mentally 30 years in this business is a concept in itself that most fail to endure.
"Singing is very easy for me, I'm lucky. I've been blessed with the talent and the brains to know what to do with it. You really have to look after your voice because it's all technique. If you believe in what you do the people will see that and that feeling hasn't changed. I'm in it for the music and the fans; they are really important to me. I love playing live. That's what I do it for. That's what I look forward to at the end of it all."
(Note: let us not forget that we lost bass legend Jimmy Bain on January 23rd, 2016) 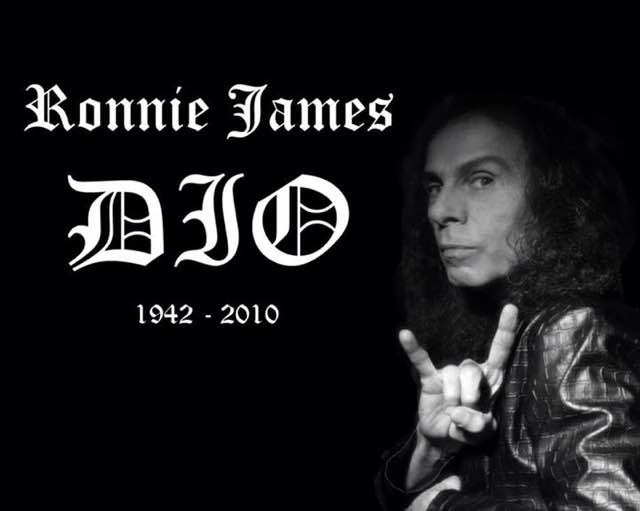