SOILWORK - Strapping In For This Flight Tonight

If you're a Soilwork fan the last place you'd expect to find a '70s classic rock vibe is on one of their albums. Of course, if you're a fan you're also aware of frontman Björn "Speed" Strid and guitarist David Andersson pulling double duty in The Night Flight Orchestra, their classic rock-infused nostalgia trip. Thus, it may be disconcerting to hear that Soilwork's new album, The Ride Majestic, does in fact flirt with the '70s. Nothing to lose your cookies or your minds over, though, as we're talking about guitar and keyboard splinters and shards that pop up when you least expect them, adding another dimension to a sound that is instantly recognizable as Sweden's first sons of melodic death metal. It makes sense this new dynamic would bleed into The Ride Majestic, however, as Strid and Andersson went into writing for it immediately after working on The Night Flight Orchestra's second album, Skyline Whispers.

"It's funny you bring that up because last summer I was still working on Night Flight stuff and I had to stop myself," Strid reveals. "I had to tell myself it was time to switch over to Soilwork (laughs). It was a major transition from one day to the next because they're two very different forms of expression."

Folks have their favourite Soilwork moments and The Ride Majestic is bound to conjure up some new ones - the Strapping Yound Lad tweaked breakdowns of "Alight In The Aftermath", for example - but it's fair to say the band can do little wrong in the eyes of the diehards at this point. Their previous two albums, The Panic Broadcast and The Living Infinite, have kept Soilwork surging upward, but for a lot of people the love affair really began in 2002 with the now classic Natural Born Chaos album.

"There's something about that album," agrees Strid, "but it definitely took some time for me to notice that. I guess it started when we did our first North American tour, when we put Natural Born Chaos out. People were telling us that the album was so unique and so awesome, but it wasn't until a couple years later that we realized we had an impact and had affected the metal scene somehow in so many ways."

Last time out, Soilwork made the bold move of recording a double-sized whopper of an album, The Living Infinite, to rave reviews for the most part. In comparison to The Living Infinite's epic workload, The Ride Majestic is in fact half an album. Ergo, one assumes it was half the work...

"That's what we thought. We thought we were going back to making one of those 'regular' albums again. We were so shocked by how smooth the recordings for The Living Infinite went down. We recorded 27 songs and it was pretty easy. I look back now and wonder how the hell we did that (laughs). I'm really proud of it and I know a lot of people love it. I think the fact it's really diverse is what make it so popular, because there's all kinds of different Soilwork in there." 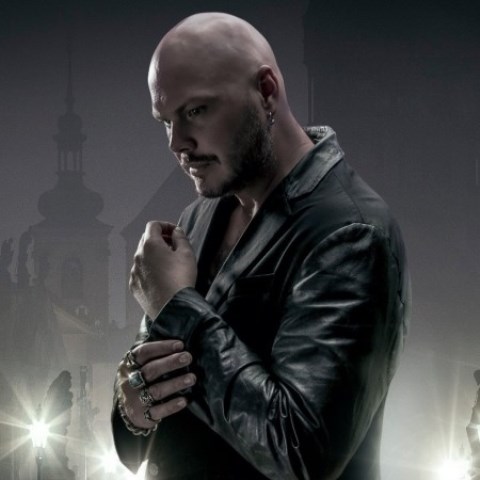 "Entering the studio for this new one, we were going in to record 15 songs and figured it would be fairly easy. Once we were there, though, we realized that we couldn't record things simultaneously. We only had one room to record in, so after a while we saw that it was going to take some time to get things done. It's really hard to tell whether a track you're working on is going to turn out to be the best song ever, because it might collapse in the studio. We know from experience those kinds of things happen. There are really interesting twists and turns on the new album; we wanted it to be diverse, to challenge the listeners, and to challenge ourselves. We didn't want to do something like, for example, the Figure Number Five recipe of intro / verse / bridge / and then all over again, followed by a solo. We're kind of sick of that pattern of writing songs. We wanted to create stuff that was really catchy, but it needed to be more challenging."

Which opens up the potential danger and drama of a band trying to keep themselves happy without pissing off the fans.

"I think that's something that stands out with us," Strid counters. "We didn't go from doing blastbeat metal to releasing a Load album - it's not like that - but I think there have been some surprises on every album. With The Living Infinite we really rediscovered ourselves as songwriters. I think it was crucial that we made The Living Infinite because we became better songwriters as we made it, we found something new that still felt like Soilwork. It's been really crazy, and I think it's only been over the last few years that I've realized what we've actually done with this band. It's hard to grasp."

Along with what Strid feels is some of his best clean singing to date, The Ride Majestic marks the vocalist as Soilwork's longest serving and sole remaining founding member. Bassist Ola Flink, who joined in 1998, left the band prior to the recordings of The Ride Majestic, but not unexpectedly from where Strid sits.

"This band exists for almost 20 years now and it might look very chaotic from the outside,"says Strid, "but in the band it seems like a natural progression because I know each and every member. We've gone through so much together that we know everything about each other. When a person decides to step down and leave Soilwork, I usually understand where they're coming from. I know their story. It's not that strange to me. I know some people think this band is a circus with so many people coming and going, but when you're in the actual band it doesn't feel that way. It's natural. You start a band when you're 17 years-old, things are going to happen on that journey if you last 20 years, for sure." 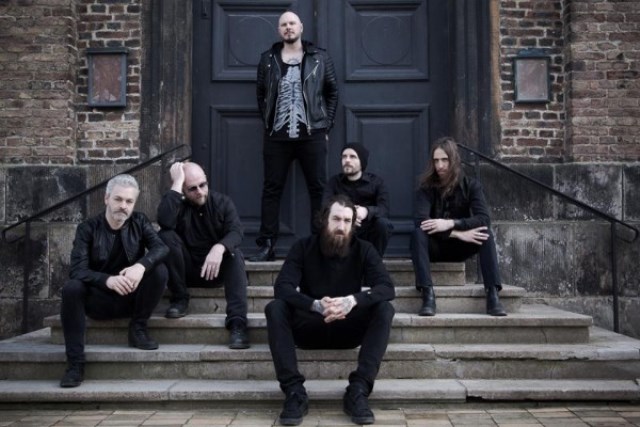 "I wasn't super surprised when Flink decided to step down. I was really sad and I felt hopeless at the time because he's such an amazing character. Flink was a big part of Soilwork, especially on stage. He had his own show on stage, basically (laughs). I've seen in recent years that he's been really up and down; sometimes he was on fire on stage, sometimes he was in a corner and didn't want to interact with anybody. Flink was on and off for a few years, he was pretty depressed on tour, so it didn't come as a surprise when he left. You start to care more about the person than the band, and I didn't want someone who had been in the band for such a long time being depressed. So yeah, I wasn't surprised but I feared the day when he decided to leave."

"Flink just didn't feel motivated anymore. He's like your classic working man who likes to have a routine, and I don't think he really had any rock star dreams or professional musician dreams. It was just a lot of fun for him being in a band and touring, but it came to a point where he needed to decide what he wanted to do with his future."

With all the comings and goings in Soilwork's roster, it's impressive how the band's sound has evolved but hasn't gone completely haywire. It says a lot about their legacy.

"Especially with Sylvain (Coudret/guitars) and Dave coming into the band, I don't think they needed to adapt at all. Sylvain played with Dirk (Verbeuren/drums) for years and years in Scarve, so they know each other very well musically and personally. We've all known Dave since 2006 and he'd done session work with us before. When he joined the band he brought something new and interesting to the music. I think that both Dave and Sylvain as songwriters, even though I write a lot of the music as well, they made me step out of my comfort zone vocally. Peter (Wichers/guitars) was really good at that, but when Sylvain and Dave joined... whoa, what is this? We found something new and I rediscovered myself as a singer. And playing with Dave in The Night Flight Orchestra helped me develop a lot, and I think I brought that with me to Soilwork."

And it turns out The Night Flight Orchestra may have in fact played a part in keeping that Soilwork legacy intact.

"The thing with Night Flight is that I wanted to bring ALL my influences into Soilwork and put it through a blender to see what came out," Strid reveals. "I wanted to be Lou Gramm of Foreigner and Tom Araya of Slayer... everything... but it's really hard to channel that. Now that I have The Night Flight Orchestra, I can do my little '70s road trip and plan the perfect summer soundtrack with that band (laughs). Soilwork can still be metal, but still very interesting. I want Soilwork to be that part of me that's still very metal, and I don't have to mix in all those other things. Having a Journey chorus in a metal song? I don't have to do that anymore (laughs)." 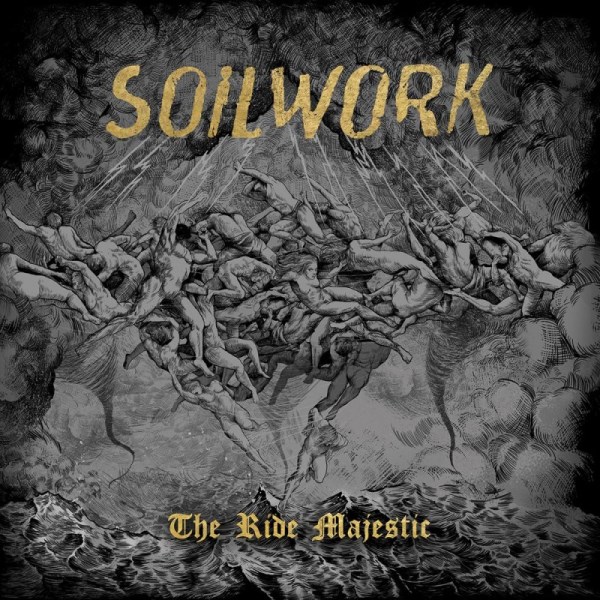