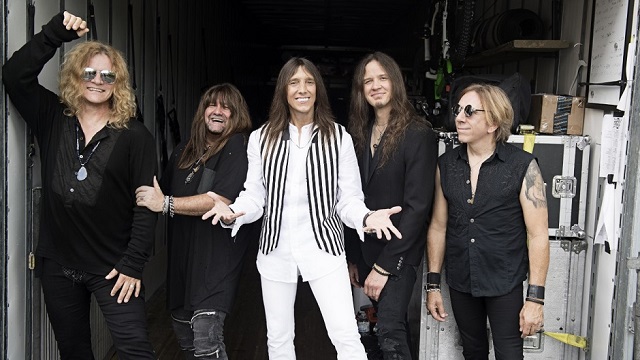 Last summer, Tesla paid a visit to the legendary Abbey Road Studios in London, England; but this was no tourist trip. The band was there to celebrate an anniversary; and record a live album. The anniversary in question – 2020 marks 30 years since the release of Five Man Acoustical Jam back in 1990. And the new live album – Five Man London Jam, a 13-song unplugged set showcasing catalog classics, new material, and a couple of covers.

“It was great being in Abbey Road Studios,” recalls Tesla vocalist Jeff Keith. Of course, Abbey Road Studios is where The Beatles recorded most of their music. In fact, in 1969 The Beatles released an album called Abbey Road. This one-off live session for Five Man London Jam marked Jeff`s first time stepping foot inside these hallowed walls. “I’d been outside, a couple of years ago when we did that thing walking across the crosswalk. Our management ended up working it out, got us to where we can record Five Man London Jam, it was magical. It was the same building as ‘She Came In Through The Bathroom Window’ (a song from Abbey Road). And we went down to the big room, they’ve done a lot of movie soundtracks there, from Star Wars to Lord Of The Rings; a bunch of great stuff, besides all the great bands that have played there.” 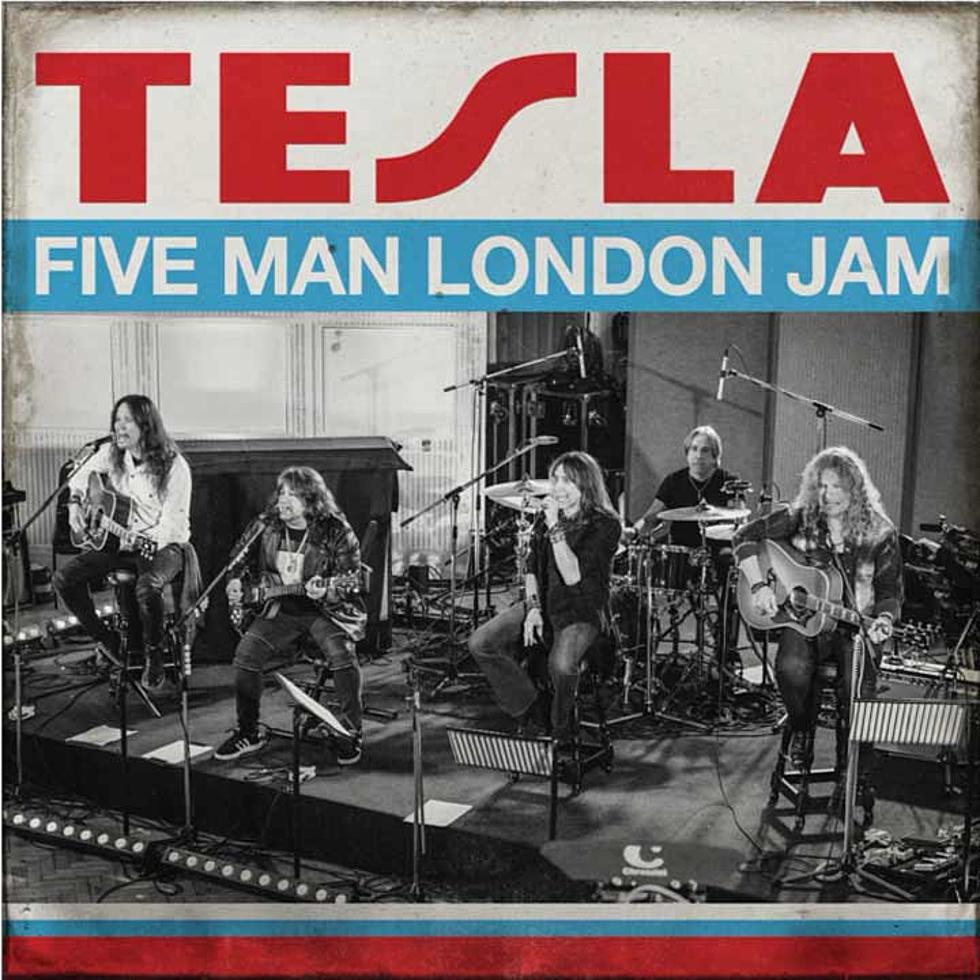 Filmed in 4K high-definition in front of “probably only about 20 to 25, maybe 30 people,” according to Jeff, Five Man London Jam will be released on Blu-Ray and DVD, as well as CD, double-vinyl, and digitally on March 27 via UMe. “Somebody made a comment that they (the audience) were not excited. But you know what, they were just taking it all in. Actually, they were enjoying every minute of it, and so were we.”

Tesla did a cover of “We Can Work It Out” by The Beatles on Five Man Acoustical Jam, and it’s played live as part of Five Man London Jam. To perform that Lennon / McCartney composition inside the same studio where they initially brought it to life must have been phenomenal. “Are you kidding? It was awesome! We had to do that song.”

Bridging the old with the new, Five Man London Jam includes live renditions of three songs from Tesla’s 2019 album, Shock. Those being, “Tied To The Tracks”, “Forever Loving You”, and performed on stage for the first time ever – “California Summer Song”. “That’s right,” confirms Jeff. “Then there’s songs like… when we made Five Man Acoustical Jam in Philadelphia in 1990, ‘What You Give’ wasn’t written until Psychotic Supper (Tesla’s third studio album, released in 1991). It wasn’t even a song when we did Five Man Acoustical Jam, so it was fun playing a couple songs like that too.”

Five Man London Jam begins the same way Five Man Acoustical Jam did with “Cumin’ Atcha Live”, which morphs into “Truckin’”, originally by The Grateful Dead, very nice touch there. “Yes, yes. Back in ‘89/’90 when we went out with Mötley Crüe, we had two nights off and we thought, let’s do some of our songs, and some covers, acoustically and change it up. Like ‘Modern Day Cowboy’, instead of that wall of amps, you’ve got acoustic guitars, so we changed the feel on that, and ‘Paradise’. It was fun yet challenging. We all picked a song. Brian (Wheat, bassist) being the Paul McCartney fan he is, picked ‘We Can Work It Out’. Tommy (Skeoch, guitarist) picked ‘Mother’s Little Helper (by The Rolling Stones). Frank (Hannon, guitarist) picked The Grateful Dead – ‘Cumin’ Atcha’ Live’, Troy (Luccketta, drummer) picked ‘Lodi’ by Creedence Clearwater Revival because he was born in Lodi, California. I heard ‘Signs’ (by The Five Man Electrical Band) when I graduated high school in Oklahoma. The other guys hadn’t heard it! Somebody brought me a 45 single of it, and we learned it; it became a Top Ten single.” That certainly wasn’t expected when Tesla was on stage at The Trocadero in Philadelphia recording Five Man Acoustical Jam. “No, we forgot we were recording it, with camera too; back when MTV was playing music videos by the way.”

Speaking of “Signs”, there’s a slight difference between Tesla’s two live versions. On Acoustical Jam, the lyric is “fuckin’ up the scenery”, and in London Jam it reverts back to the original wording, “blocking out the scenery.” “Well, here’s what happened with Five Man Acoustical Jam. When you get the whole thing, it says ‘fuckin’ up the scenery’. Then when the single came out, Geffen said we need to change that out. So, I said, I’ll say blockin’, but have the background vocals sing fuckin’, so it sounds like flockin’. On this one (London Jam), everyone sang blockin’ so we didn’t have to fix a single take.”

Tesla are consummate professionals, and as such, didn’t require a lot of rehearsal prior to this intimate concert. And unlike the 1990 acoustic gigs which were comprised of five shows total, Five Man London Jam was strictly a one-off. “You know what’s funny? Tesla’s always known for it, but we used to take four days to rehearse, and actually only rehearse for a half day. This time, we took three days to rehearse and ended up rehearsing two, and it was great. We went straight over to England, and that’s the first thing we did, was Abbey Road, before we played Donington; I know they call it Download.”

The other obvious difference between Five Man Acoustical Jam and Five Man London Jam is guitarist Dave Rude. On Acoustical Jam, Tommy Skeoch was still in the band. That being said, Dave’s been a full-fledged member of Tesla since 2006, and he looks like he’s really enjoying himself up there, relishing the moment. “That’s right, Dave’s awesome! He brings a lot of great stuff to the table. He is so incredible. The guy can feel it man. He’s our young spring chicken.”