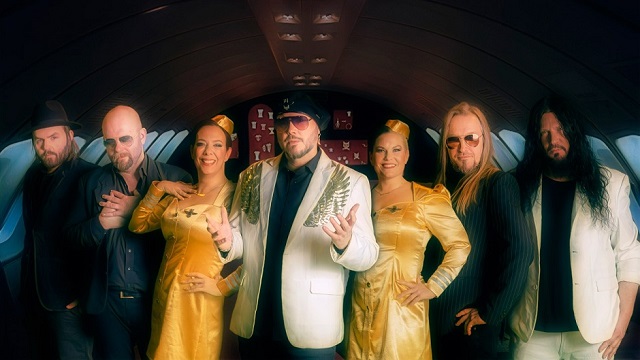 Nostalgia: "A wistful desire to return in thought or in fact to a former time in one's life; a sentimental yearning for the happiness of a former place or time."

If you go by the textbook definition above, The Night Flight Orchestra can be considered a nostalgia-based band. The term has been used quite often over the course of their eight year career to describe the now seven-piece group, but this shouldn't be seen as derogatory. On the contrary, it should be seen as a positive that a present day rock band is able to fire up their time machine to deliver shadows and flavours of the past with all original material. Aeromantic is The Night Flight Orchestra's fifth album, and it pays homage to acts from the '70s and '80s - Journey, ABBA, Toto, KISS, Christopher Cross, Asia.... it's a seemingly never-ending list - while deftly avoiding the retro trend that made bands like Greta Van Fleet the talk of the town for 10 seconds. Not an easy task, but then it's not like The NFO were trying to do anything more than create more solid material they can be proud of. If people choose to join their particular conga line, so much the better, especially because it gives the metalheads on board a chance to learn about where Soilwork frontman Björn "Speed" Strid, Arch Enemy bassist Sharlee D'Angelo, and Soilwork guitarist Dave Andersson come from musically.

"It's going to be hard to top the previous two albums in terms of reviews," Strid says of Aeromantic. "Last time out it was really amazing and it's the same thing this time around, if not better. People are blown away by the new album, and I'd say that most of the press we're doing is with metal magazines. It's really remarkable how open-minded people are in the scene. I've heard people say this is a guilty pleasure, but what is there to feel guilty about? People are raving about it. Somehow it works and we have a personable sound in the end. It's not just a nostalgia act; we're filling a void in the music scene. The other day somebody asked me if I could name another new band out there that is doing the same sort of thing as The Night Flight Orchestra, and I couldn't come up with anything. We're moving this forward with this combination of sound and imagery; it's very nostalgic in a sense but also very refreshing. I think we're providing something that's missing out there." 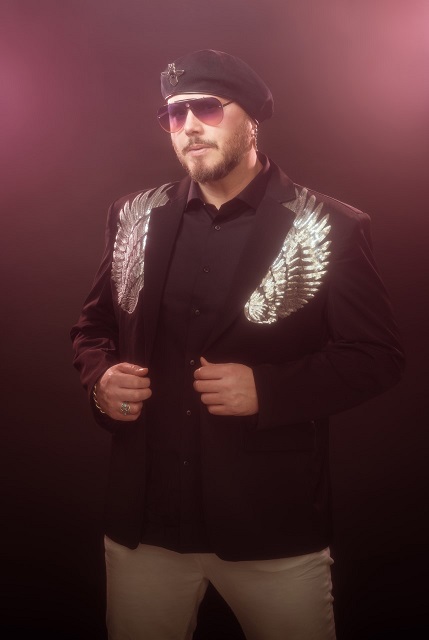 "There's been almost an overkill of these retro rock bands doing Zeppelin-esque or Black Sabbath music," he adds, "and there are some good bands out there, don't get me wrong - but I'm wondering why nobody is capturing the late '70s and early '80s. Where is it? It's almost frustrating (laughs)."

When The Night Flight Orchestra surfaced in 2012 with their debut album, Internal Affairs, there was an underlying question of how long it would last. Given Strid's and Andersson's commitment to Soilwork, it was easily dismissed as a one-off that enabled them to play around with paying homage to influences that don't fit within the Soilwork dynamic.

"We knew we had something special from the start," Strid counters. "When we started jamming it was magical, and I think that day was one of the best days of my life. It was a kick for me and everybody else, and after a while we realized just how special it was. And of course you want to share it with the world... 'You need to listen to this!' (laughs). That's a normal reaction when you start a band, and it gradually became more serious because we are so in love with what we're doing that we can't stop writing songs. We always have recording sessions whether there's an album planned or not. This is a serious band and it's going to be interesting to see where this is taking us. It's been an interesting journey, and the best part about it is that there are really no boundaries to what we can do both musically and show-wise. There are so many elements that we can have; sometimes my brain can't stop thinking about the next album or the next tour because we have a full concept, and I've always liked bands like that. Bands that have great music, great imagery and a great show... I think we have all of that. I hope sometime in the future we can bring a 747 on stage (laughs)." 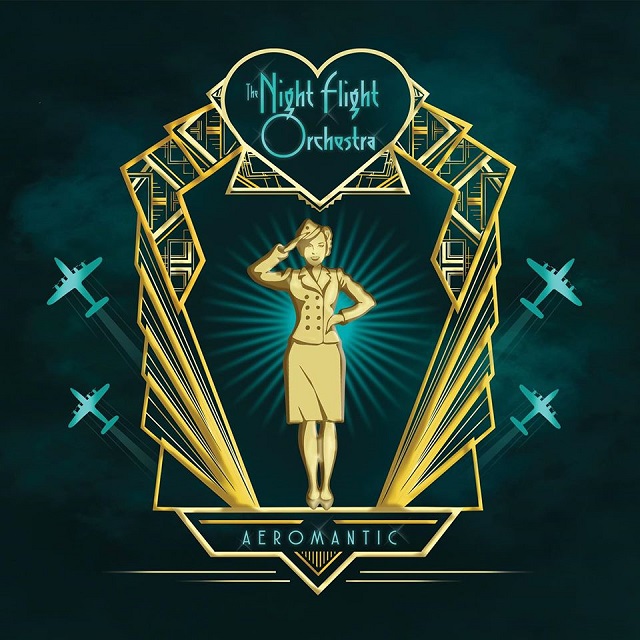 The band's tour for previous album, Sometimes The World Ain't Enough, solidified their presence as Here To Stay For The Long Haul. With four records under their belts at that time - released over only six years - The Night Flight Orchestra had already been acknowledged as a serious recording venture, but the tour saw people quite literally from all walks of life turning up at the shows in droves.

"It was very inspiring. The first headline tour in Europe was for Amber Galactic, and we could sense that it was mostly curious Soilwork and Arch Enemy fans in the audience, and metal fans in general, that had heard about this little side project. On the tour we did for Sometimes The World Ain't Enough, the crowd was a lot more mixed. There were a lot of people that don't normally go to metal shows. There were prog dads, hipsters, teenage girls in the front row singing all the lyrics beside black metal fans wearing the patch jackets. It was a beautiful thing. It was as if people were looking at each other saying 'What the hell are you doing at this show?' but being united. It definitely brought people that don't normally travel the same circles together."

Listening to The Night Flight Orchestra, you would never know Strid made a music career for himself by screaming his guts out with Soilwork. And this was before producer Fredrik Nordström told him to get singing lessons way back when if he insisted on injecting clean vocals into the band's sound. He's come a long way since A Predator's Portrait.

"It's a whole different world," Strid says of his vocal abilities today. "It really is. It takes time to know your own voice, and especially to like it and not be so damn self-conscious about the way you sound. So many studio hours, being on stage, I think I built up a really strong voice with Soilwork. Then creating this band and getting to know my voice even more, finding new ways of expression... it's been a good journey for me. I've developed a lot and I'm grateful that I'm still developing. I just turned 40 and I feel that I'm getting better and better with each album. Some singers are done by the time they're 40, so I'm extremely grateful that my voice is working and I'm still finding new ways to develop as a singer. When I started adding clean vocals to Soilwork in 2001, I was not confident by any means. I needed to go outside my comfort zone and really push myself. Devin Townsend did a lot for me when we did Natural Born Chaos (2002); he gave me that confidence." 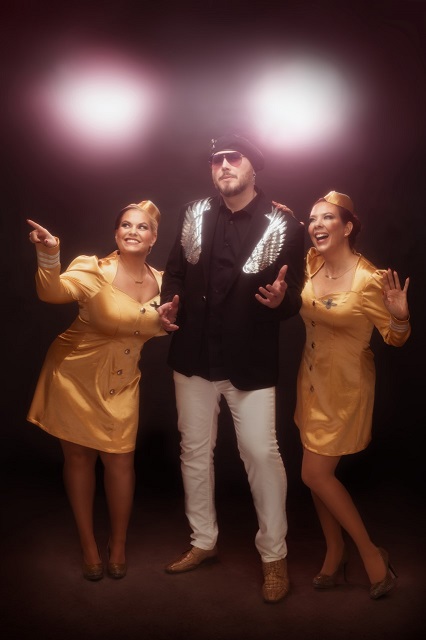 "We never really discussed it," admits Strid, as he doesn't regard Aeromantic as a drastic step. "As I said before, we never really stop writing, so that takes away the pressure that we feel with Soilwork or Arch Enemy when it comes time to make a new album. Normally you book studio for six weeks or something, do the album, do press, go on tour for a year and a half, and then take a break. We never really take a break. We go home and then do stuff with our other bands, and in between The Night Flight Orchestra is always writing music. We'll book a weekend here and there, record two songs, and then repeat the process when we can. It never really stops. It's a constant flow, so we never really discuss what we're going to do for the next album."

"We're building up a huge vault of songs. For example, the song 'Dead Of Winter' was written for the previous album - or better said, written by the time we were doing that album - and everybody loved the song, but we couldn't make it fit. We knew we were going to pick it up sooner or later, and when we did Aeromantic it fit right in. It's hard to explain how it all comes together but we could have released a double album. We usually write demos separately, and Dave writes most of the stuff. I normally have two or three songs on each record and Sebastian (Forslund / guitars) is pretty much the same. But anybody can write in this band, so there are no boundaries... unless we would start writing rap metal. That would just be wrong (laughs). The demos are just basic ideas; everything takes shape in the rehearsal room or in the studio. You should join a weekend with The Night Flight Orchestra in the studio because it's very interesting how the songs come together. It's really creative."

And this diversity is what fuels The Night Flight Orchestra...

"If you take 'Transmissions' and 'Servants Of The Air', and play them to a random person, they probably wouldn't think those two songs came from the same album or even the same artist. They're so different from one another, but that's the beauty of it. They're so diverse but they're still linked together on the album. I've always liked bands that could put out records with so many diverse songs - even different genres - on the same album, and that's what we're trying to do. In the end, I think the reason people really like The Night Flight Orchestra like us because we're not a gimmick band; they can feel the sincerity and the presence in the music. I think even the most extreme metal fans can appreciate it."