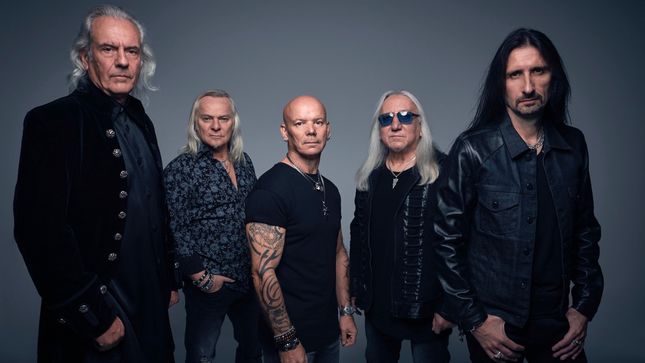 One of the first bands to merge prog-rock and heavy metal was undoubtedly Uriah Heep, who helped trailblaze prog-metal with such albums as Demon And Wizards, The Magician’s Birthday, and Sweet Freedom, and the songs “Lady In Black,” “Sunrise,” and “Easy Livin’”. And the band is still going strong, as evidenced by the release of their 25th studio album last year, Living The Dream, and an impending North American tour with Judas Priest (not to mention that next year will see the 50-year anniversary of their debut album, 1970’s ...Very 'Eavy ...Very 'Umble). The band’s sole original member left in attendance, guitarist Mick Box, spoke with BraveWords correspondent Greg Prato just before the start of Heep/Priest tour.

Mick Box: “It’s been perceived by the media and fans alike, that they feel like it’s one of the best of our career. I think it’s an album that encompasses everything that Uriah Heep is all about, because we dip our toes in a few musical genres - we do a little bit of progressive rock, a little bit of hard rock, some ballads. It encompasses everything we’re known for. But it’s an album that was done in the old style, which is the band in one room, playing together. Not necessarily using a click track - just going for that complete human feel. And I think it works very well that way, and because of that, we recorded it very quickly - in 19 days. When you look at that, it’s an album that has a great feel about it, because it’s a band doing what a band does - all in one pulse in the studio, playing the songs. Which is great.”

BraveWords: You also mentioned playing with Priest before. Who were some of Uriah Heep’s favorite touring partners in the ‘70s and ‘80s?

Mick Box: “In our heyday, we had many people supporting us - from Rush to KISS to ZZ Top to Earth, Wind & Fire. Quite diverse. But I think the best band we’ve ever toured with I’d say were Def Leppard. When we had the Abominog album out in the ‘80s, we toured with them, and they were just hitting the big time [with Pyromania], and were the biggest thing since sliced bread in America and Canada. We hopped on their tour, and it was an amazing tour.” 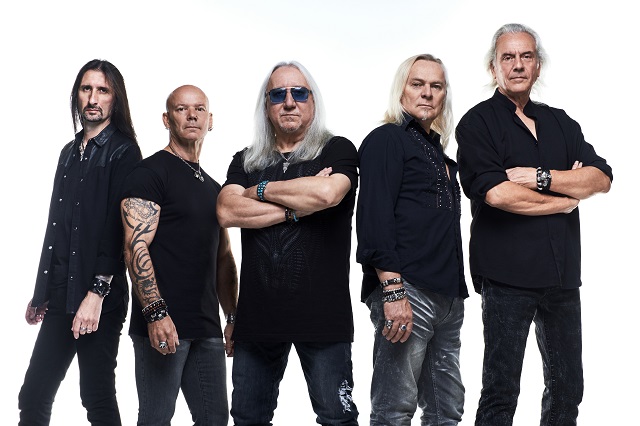 BraveWords: I’ve noticed a wide age range at recent shows I’ve attended by veteran rock and metal acts. Do you anticipate this at the upcoming shows with Priest?

Mick Box: “We are hoping so, because it will be predominately Priest’s audience, and of course, the metal fans will be out there. So, we will design our set to please them, too - we’ve got one hour to play. But in Europe, we get a really young audience, which is really cool. But in America, I’m not sure yet - we hope to have that range of ages, from dads bringing their kids, if you’d like, and those who have grown up with us. It’s quite diverse.”

BraveWords: Why do you think this is? Because of music streaming services being easier for younger fans to check out artists?

Mick Box: “That and also because of the YouTube thing - where you see the band live. There’s more access to what we do in the media.”

BraveWords: Some criticize things like YouTube and Spotify, but I guess that’s one of the good things about both - more people have access to it, which means a greater age range at shows.

Mick Box: “There’s good and bad in everything. If you look at the internet as a whole, there are great things that happen and there are terrible things that happen with it. That’s just part of life, I’m afraid. And with the music business, with the situation as it is, where artists aren’t receiving any money for their art. But I think what you have to do is it’s not going to go away, so you just have to embrace it, try to find your little niche in it, and make it work for you.”

Mick Box: “I think there have been markers in our musical life that are very important, so I would have to say Demons And Wizards was the biggest marker of them all, because it took us on to the world stage, with a song like ‘Easy Livin’.’ That particular album, with that artwork - it was the first time we had the audio and the artwork intrinsically linked, if you’d like. It made a major impact.” 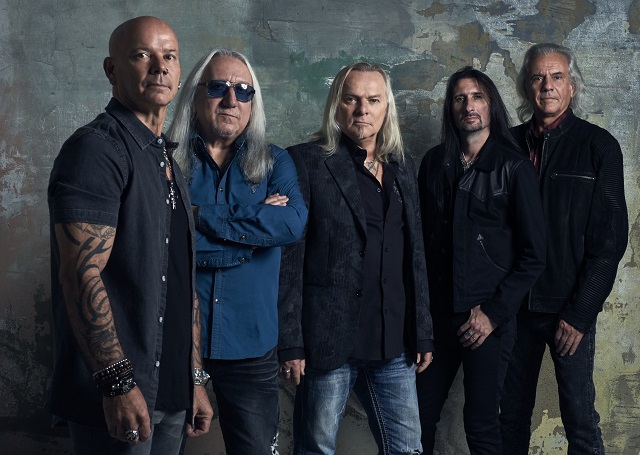 BraveWords: What do you recall about the writing and recording of “Easy Livin’”?

Mick Box: “It was a song written by the keyboard player at the time, Ken Hensley. We had been playing a show and driving all night to go to the studio to do some more work before we caught a plane to go to America. And somebody mentioned in the van, ‘This is easy livin’, isn’t it?’ As a joke. But Ken remembered the title and wrote this three-minute, sort of shuffle song. And the shuffle is very unique - in terms of I’ve heard it many times, but it was unique to Lee Kerslake, our drummer at the time. It was one of those throwaway songs in the studio. It wasn’t one we worked up. It was just brought in, in a five-minute flash, and we all jumped on it - and it became huge. One of those surprises in life, that you wish would come every day.”

BraveWords: Are you still in contact with Lee Kerslake? How is he doing?

Mick Box: “Me and Lee, we’re like brothers - we’re brothers from different mothers, if you’d like. Obviously, his ill health [cancer and other ailments] is something to worry about, but he’s a bold fighter. And I think - if I’m very truthful - the music is keeping him alive, because he’s trying to finish off a new album of his own. But we go out to dinner whenever we can, we talk a lot. Sometimes, he’s having treatment in the hospital, and when I know he’s there, I text him jokes to keep his spirits up, and he says, ‘I’m in a room full of gloom, and I’m the only one laughing!’ So, we keep in touch a lot. It’s very important, because I love the man, and we spent a large part of our lives together.”

BraveWords: Future plans beyond this tour?

Mick Box: “We’ve had a busy year so far - we just came back from Japan, and we went out to Holland, and then we’re coming over and starting in Florida, flying out on the 1st of May, with our first show on the 3rd. We’ve got all this touring to do this year, which is being booked up for us because we’ve got the whole Canada and American tour to do, and we’ve got all the festivals in Europe, and then we’ve got a whole Scandinavian tour for a few weeks. And there’s talk about going to South America, which would bring us up to Christmas. Then I think the third week of January - which will be our 50th anniversary - we’ve got a whole German tour being booked. So, it’s just tour, tour, tour. But next year, for our 50th anniversary, we’ve got so many things to celebrate. So, I think all next year will be taken up with all those celebrations. Normally, we’d go and record a new album in that period of time, but I think with all the celebrations going on, it would be very difficult to fit that in. So, we’ve just got to delay that until such time that we have a period we can go in and record something.”