VOLBEAT's Michael Poulsen: "I Don’t Take Anything For Granted”

After slugging it out on the metal scene since 2001, Danish/American rockers Volbeat hit the US Top 10 with their fifth full-length studio effort, Outlaw Gentlemen & Shady Ladies, in 2013. Now three years later, the group returns with the curiously titled Seal The Deal & Let's Boogie, as the group looks to solidify their standing as one of modern day metal's most popular acts. Volbeat's founding member and leader, lead singer/rhythm guitarist Michael Poulsen, spoke to BraveWords correspondent Greg Prato about the new shiny disc, as well as touring plans in support of Boogie.

BraveWords: What's the story behind the album title, Seal The Deal & Let's Boogie?

Michael Poulsen: "When I write, I'm pretty much locked into this bubble. And sometimes when I come out, I have no idea where I've been or where I got the idea from. And going back to where I came up with the title, I really don't remember. I think it popped up when I was writing the song called 'Seal The Deal,' and things just popped up improvising, and I said, 'Well…that sounds pretty good.' And I pretty much used that title on every song somehow, because you can analyze the title in many different directions. So I think I came up with the title when I was writing the song 'Seal The Deal.'"

BraveWords: What are some standout memories of the writing and recording of the album?

Michael Poulsen: "It's always a really tough start. Because where do you start? You can pretty much have a lot of ideas and inspirations, but that doesn't necessarily mean that it's the right songs. I'm always going through a lot of material before I get to the songs I really want to record. So we always flirt around with a lot of different stuff. The songs just have to be interesting to play over and over again in the rehearsal room. You can have a certain feeling about, 'Oh, this song is going to be great,' and you can feel good about it maybe the first three or four rehearsals, and then some songs kind of lose the magic, and you skip them and you have to start all over again. It is a tough process. It takes time. But I did take my time to finish up the right material. I took a half year off back home, where I can relax and get into my zone, and without all the details, and bring them to the rehearsal room, play it for the other guys, and work with the songs. I need the pressure, because it just means that you have to be dedicated and not take for granted that you can just do great songs. I can easily go through 20 or 25 songs before I get to the right 13. So I've been working very hard and dedicated to this album, and I think it's our strongest work so far."

BraveWords: “The Devil's Bleeding Crown” is the lead-off single.

Michael Poulsen: "That track has the typical Volbeat signature. You don't have to hear many seconds of that song before you know it's a Volbeat song. It's a song that could easily be on the first album…or any Volbeat album. So it has that typical Volbeat signature sound. Some fans really like that they can recognize their favorite band immediately, others like bands to pretty much change their style for each album - which is bullshit, because that's the certain reason why you have a name for the band, because they have to sound like that band, so you don't have to sound like a new band every time you do a new record. So I really like those signature songs, but at the same time, I also like the band to progress and do stuff that we haven't done before - but still, keeping the signature sound. That's what I think we really accomplished on the new album - you have the classic Volbeat songs, and at the same time, you have songs where you can hear the band progressing and doing stuff that they haven't done before."

BraveWords: The last album cracked the US Top 10. Do you anticipate Seal The Deal to be the group's big commercial breakthrough Stateside? 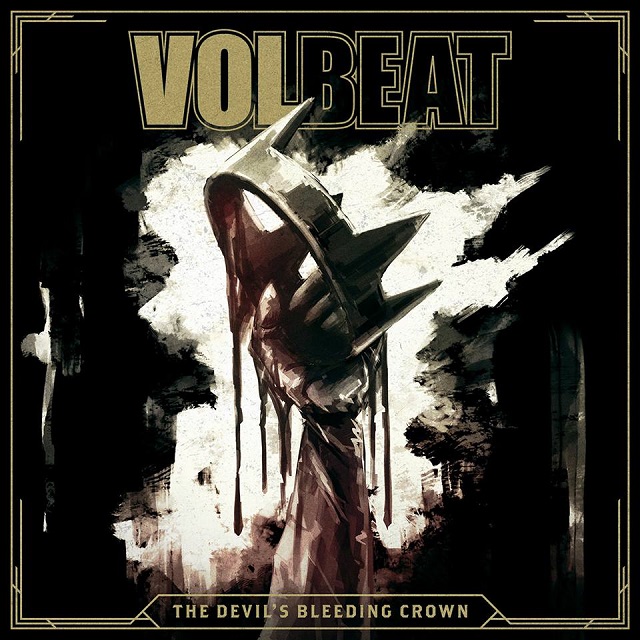 Michael Poulsen: "We've just been to the US a week ago, but that was not so much promoting the new album. We did promote the new single, 'The Devil's Bleeding Crown,' but we could not really play any new songs, because the record is not out yet, and in these modern days, people are recording tracks and putting them on YouTube, so that's just not the right way to promote a new record. We'll start touring in a few weeks, and then it's the festival season, and that's where we bring the new production and the new songs on the road. Actually, the same day the record is being released - the 3rd of June - if when we are playing Rock am Ring in Germany. From there on, it's basically touring, touring, touring - until Christmas."

BraveWords: Anything special planned for the upcoming tour?