WARREL DANE – In Memory: His Final Interview With BraveWords 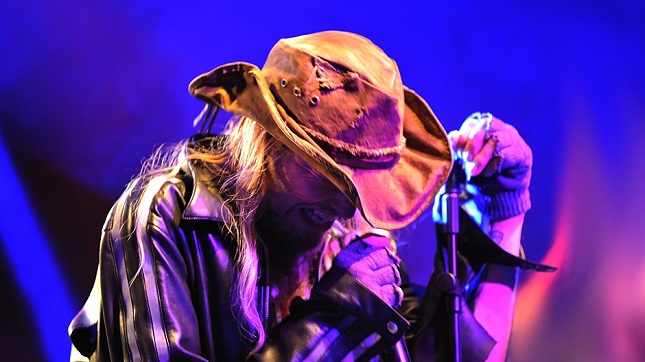 Nevermore and Sanctuary are two bands that never managed to reach the bar set by the likes of Metallica, Slayer or Megadeth, yet they are revered the world over as being two formidable bands bordering on legendary, not to mention criminally underrated. One of the elements that put them on a shared pedestal was frontman Warrel Dane, regarded by his fans and friends as more than just a singer. He was a poet, a storyteller, an entertainer, and when he was on his game the ultimate on-stage chaos bringer. Sadly, Warrel passed away on December 13th, 2017 due to a heart attack at the age of 56. One of the most formidable personalities in metal has been silenced forever and the scene is still feeling it. Tributes abound, and rightly so.

Warrel was a fan and friend to BraveWords. Both myself and Tim Henderson in particular crossed paths with him numerous times over the last 20 years, and there was never the sense of rubbing elbows with a "rock star" when we did. In fact, following my move from Toronto to Germany in late 1995, Warrel was the warm and welcoming master of ceremonies / instigator of assorted on and off-stage insanity on the Nevermore / Iced Earth tour that wound its way through Europe in the summer of 1996. Good times indeed, with a truckload of memories that'll never fade.

On July 31st, 2017 I saw Sanctuary perform in Nuremberg, Germany on the band's summer tour for their fourth official album, Inception, which is in fact a record of "lost" recordings dating back prior to the band's official 1988 debut, Refuge Denied. We spoke before the show, and in spite of looking exhausted Warrel's mind was still sharp, his dry sense of humour equally intact. Below is the complete unedited interview that came out of what was, shockingly, the last conversation I would ever have with one of my heroes. 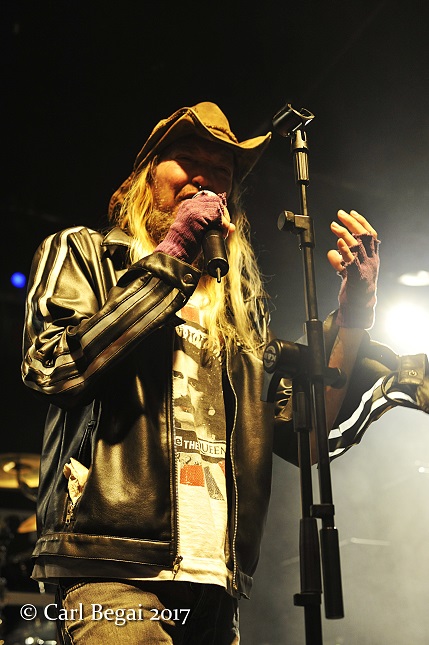 BraveWords: Was it clear that you wanted to release the material that became Inception?

Warrel: "I was just amazed that it was found because everybody had just forgotten about it. They found the tapes soaked in water but managed to resurrect them and make the tapes usable. The funny thing is that it sounds better than Refuge Denied, in my opinion."

BraveWords: Did it come across as being better than you remembered when you first recorded the tracks?

Warrel: "The one thing that hit me was that my balls hadn't dropped yet (laughs). Jesus... I was singing so goddamn high it was a bit ridiculous, but that was the sign of the times. If you could sing super high, you did. I was pretty excited about it because I'd forgotten about those two lost songs. The one thing that really struck me was that the lyrics for 'Dream Of The Incubus' are so fucking dumb, but that was written in 1986 so I was still developing my skills as a lyricist apparently (laughs). The song is cool as hell but the lyrics sound like it definitely came from that era."

BraveWords: When I spoke with Lenny (Rutledge / guitars) for Inception's release, he said you didn't do yourself any favours by singing so high on those songs. 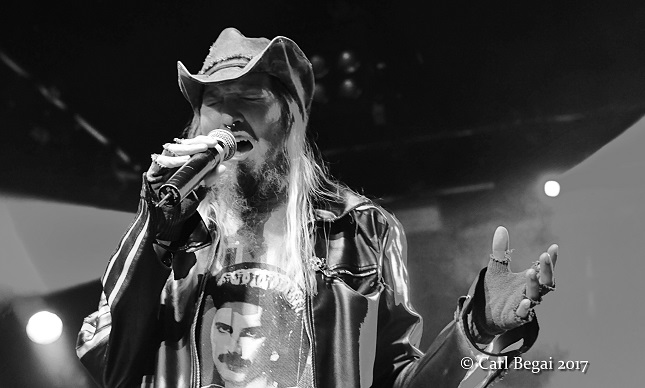 BraveWords: Was it clear you were going to tour for Inception even though it's not necessarily an "official" release of new material?

Warrel: "I really didn't know if we were going to tour for it, but we had the opportunity to do a bunch of festivals so we set up these headlining shows around those festivals. It's worked out pretty good."

BraveWords: When the Year The Sun Died Came out (in 2015), some of the diehard Sanctuary fans complained that it doesn't sound like Sanctuary's early years. Have they made their peace with that at this point?

Warrel: "The diehard Sanctuary fans, I don't know, but the Nevermore fans liked it (laughs). I remember someone from a German magazine telling me 'This is not a Sanctuary record, this is a Nevermore record....' but that's not the case because the music on The Year The Sun Died is so dissimilar to Nevermore's music. How anyone would say it sounds like a Nevermore record is kind of beyond me, and the only reason they would say that is because of the way I'm singing. I sang this way with Nevermore for years and years, so I guess that's what people identify with. But, we still play the old Sanctuary songs live and all the high notes are still there. They may not be helium-soaked like they were in the past but I do my best."

BraveWords: Is it hard to hit those notes now?

Warrel: "No... as long as I practice (laughs), and being on tour you get a lot of practice. This is our eighth show, so that helps, but we have a day off tomorrow and go to Dortmund, one of my favourite cities. People ask me why and it's because I've spent a lot of time there, because that's where Century Media is based. Whenever we do a press junket we stay in Dortmund and I love that town. It's not too big like Berlin, which is dirty and ugly like New York City; Dortmund is quiet and nice, and they have good food there. There's one restaurant that I really like called Kartoffel Lord and they have a lot of vegetarian and vegan food. I'm not vegetarian or vegan but I enjoy eating that way sometimes. You can only eat so much meat before you clog up your lower colon (laughs)." 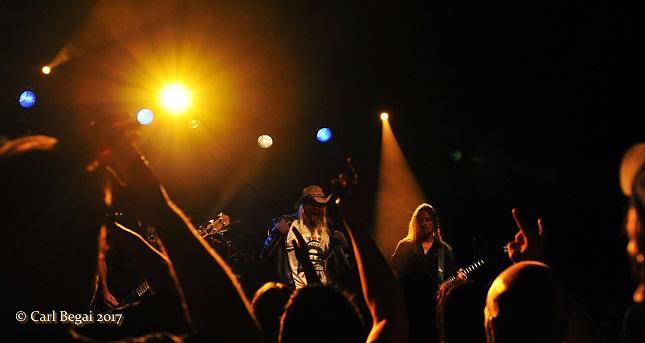 BraveWords: Some people are wondering why Sanctuary chose to focus on Inception rather than write a follow-up to The Year The Sun Died with brand new material.

Warrel: "We just wanted people to hear the material. We didn't think it was ever going to get released but Century Media wanted to put it out so we said 'Hey, sure, fuck it, why not?' We're working on new Sanctuary tunes right now so we'll probably start working on a new album really hard early next year. After this tour is over I'm going down to Brazil to record my second solo record (Shadow Work). My whole band lives in Sao Paolo and the music is turning out really good. It's much, much heavier than (first solo album) Praises To The War Machine. I know what I'm going to get - 'Oh, you're trying to sound like Nevermore now...'- and well, it happens (laughs)."

BraveWords: That's going to follow you around forever. You could do a jazz album and people would say it sounds like Nevermore.

Warrel: "We've got Roy Z on board to produce the record which is great because he's a guitar player, and he's worked with so many amazing singers - Halford, Dickinson, Sebastian Bach - so he knows how to pull a good performance out of a singer and get great guitar sounds. That's a perfect scenario for me."

BraveWords: The production on the Praises To The War Machine album is amazing. Peter Wichers (ex-Soilwork) did an incredible job...

Warrel: "I love it, too. Peter did a great job on that album and I think he got a lot of work after Praises because everybody thought it sounded so good. I'm totally happy with that record but that was when I wanted to do something a little more away from Nevermore. I wanted to do more of a rock metal thing, that was my goal and that's what I got. Of course, some people were saying 'Oh, this is just Nevermore Light...’ but what's the point of doing a solo record if it sounds like your main band? Well, you can go that way if your band isn’t active (laughs)."

BraveWords: How did your Dead Heart In A Dead World solo tour go in Brazil?

Warrel: "That was amazing. People down there are fucking insane, and one thing I learned after Nevermore took a dirtnap is that we became more popular down there. Nevermore played Brazil only one time, only three shows. People want to hear those songs. We opened with 'Narcosynthesis' because we played the Dead Heart album from front to back, and the audience sang the lyrics so fucking loud that I couldn't hear myself. It fucked me up at a couple shows (laughs). I was singing out of key because I couldn't hear myself, the audience was singing it off-pitch because they were screaming.... they did that for every song. I think Dead Heart In A Dead World has a special place in a lot of people's hearts. It does for me."

BraveWords: You're out with Sanctuary, you're playing stuff from the catalogue, but have people been pushing to hear some Nevermore songs?

Warrel: "Of course, but this is Sanctuary. I don't think the other guys in the band would be very keen on playing Nevermore songs. However, they have expressed interest in doing 'Lucretia' (from Praises To The War Machine) and we were talking about doing it on this tour, but we forgot about it. At some point we may; Lenny loves that song, so he's not going to get an argument out of me."

BraveWords: You're going to be down there anyway, so is there a chance of Sanctuary playing in Brazil?

Warrel: "People there ask me constantly when Sanctuary is coming to Brazil, and I'd love to go down there. We have a bit of a problem with some of the promoters because they think I play down there too much already. I think we'll end up there eventually in some capacity." 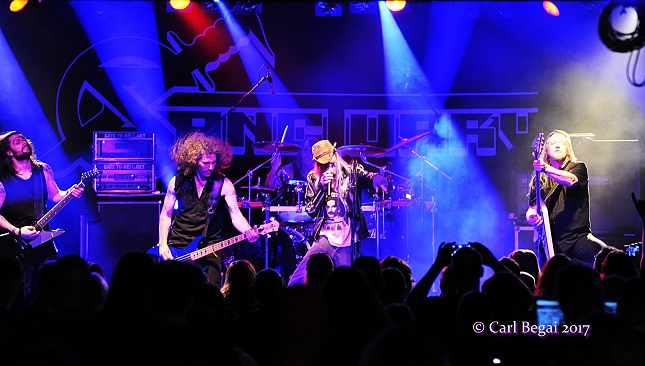 BraveWords: I remember years ago when Nevermore really started making a name for itself in Europe with The Politics Of Ecstasy, you were pestered with Sanctuary reunion questions and you shrugged them off as 'Yeah, whatever, not gonna happen.' I guess now you're dealing with questions about Nevermore coming back...

Warrel: "That's true, but you know what? A Nevermore reunion almost happened in 2016. Me, Jeff (Loomis / guitars) and Van (Williams / drums) were all in on it, we wanted to do it, but due to circumstances beyond our control it didn't happen. It was only going to be one show; we decided to let bygones be bygones and just do it, but unfortunately it didn't work out. I wish it would have but it wasn't mean to be. But, you don't know what's going to happen in the future and I never say never."

BraveWords: You're the frontman of what are regarded as two legendary bands. Do you ever sit back and think "You people are insane" or is it a pleasant surprise to be revered like that by so many people?

Warrel: "Well, it gives me something to do (laughs). I'm never bored and I feel really lucky I've been given the chance to do this. And that I've been able to do it for so many years because I don't know how to do anything else but cook (laughs). One thing that really bugs me on tour is that I can't cook. I cook at home every day, I've worked in the restaurant business for years to supplement my income. I miss making pasta when I'm on tour. Pasta arrabiata is my favourite because it's shitloads of garlic and red pepper. It's as much fun on the way out as the way in (laughs)."

BraveWords: I should probably try to work that into the headline for this story...