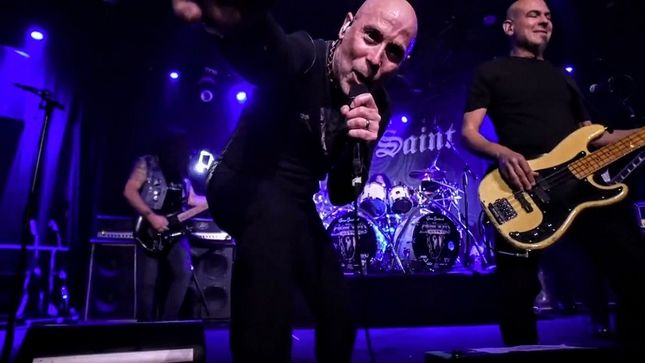 Under the cloud of this pandemic, a new album takes on a greater importance than it did just 6+ months ago: a fresh release for the mundane ordinariness of (our current) lives and a link to the (happier times in) the past. It's been half a decade since the Saint issued new music, yet in that time, they've offered up concerts with renewed vigor (and fan appreciation) of the vintage material. October 10 saw the two scenarios intersect, on the Whiskey-A-Go-Go stage, in an online performance meant to showcase their Punching The Sky album. Still two weeks from hitting the streets, that didn't prevent the Saints from debuting a sampling of the forthcoming material. The twelve song, 70 minute set (a Q&A with the band followed, for those forking over $10 for the entire event: music + discussion) also added plenty of deep cuts, rarities and a few requisite hits. Testing 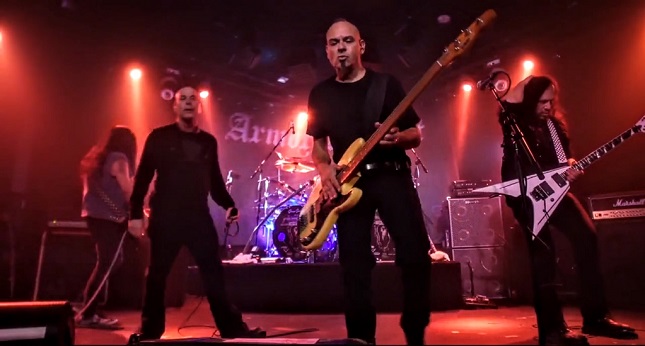 On album, drummer Gonzo Sandoval plays the Indigenous People's flute that opens newbie "Never You Fret" (and closes the album). Onscreen, the usual flurry of activity is augmented by a constantly rapid-cut editing and bouncing point of view shots. When that track wrapped up, John Bush demands, "Raise your beers in the living room," as they launch into a purple lit "Pay Dirt". Unfortunately, one camera was located only to shoot Jeff Duncan's back. Heck, even Gonzo had a camera that captured his face. Duncan's backing vocals partner, aka bassist Joey Vera, skanks around in circles. Vocalist Bush plays to the non-existent crowd ("I can't hear you!"), breaking down the 4th wall, for those at home. "Mess" was a bit of a surprise, but then, this livestream event was an opportunity to play whatever THE BAND wanted to play, not having to worry about fan favorites, as there was no European/North American setlist differences, just Armored Saint fans. "For The Sake Of Heaviness" which originally appeared on Delirious Nomad, has been given renewed life, as the B-side of the current single. Bush saunters over to Duncan, singing as he leans against the guitarist, while on the opposite side of the stage, Vera locks in with the other string-bender, Phil Sandoval. 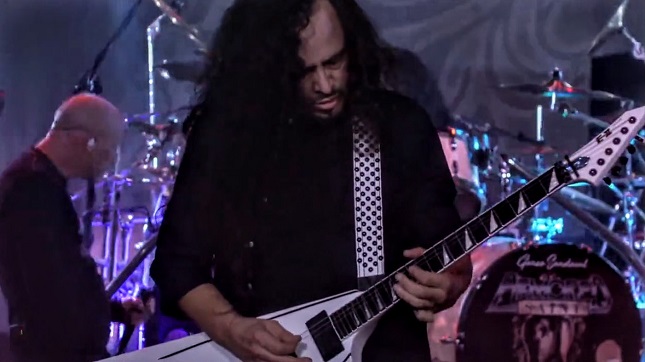 Speaking of Phil, he takes the first lead on current vid, "End Of The Attention Span". Duncan gets the second solo spot. Speaking of B-sides, they travel back to the eponymous '83 EP, for "On The Way", Sandoval moving front and center, physically as well as musically. Bush was talkative throughout, relating track (band) history to the current state of the world. Cue; the slower heaviness of "Isolation," which the individual members of the band covered, separately (at the start of this pandemic), in what Bush referred to as a "swampy version." The pre-recorded Celtic piped newbie "Standing On The Shoulders Of Giants" builds to a crescendo, even before Bush starts with any words. The chorus features the album's titular phrase! Between the wedge monitors, Bush sits onstage, as Duncan and Vera add their voices. The fastest, heaviest option from the new album is "Missile To Gun" (according to Bush, slated for the next video). He described it as, "Punch you in the face, kick your ass, slap you in the face, bite your neck," before re-evaluating, "There's too much division... Let's all unite and have a beer. We can all agree on that!" 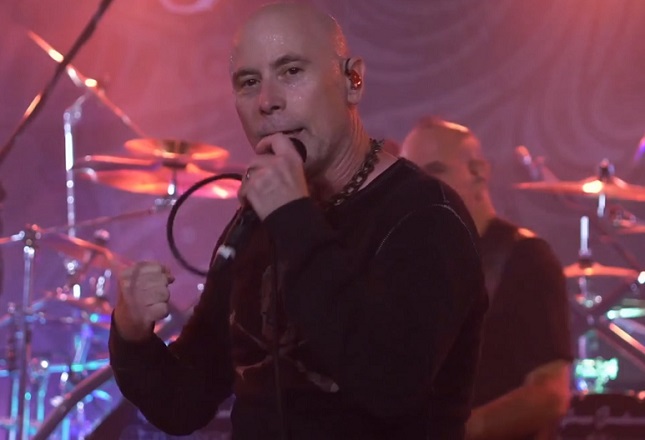 As bells toll, Bush plugs why what we're all here: "Buy a full-length album. Buy vinyl. Get a CD. Don't just stream it." Up next, "Left Hook From Right Field," where the music quiets to barely audible, as the singer crouches stage front. "Reign Of Fire" is always welcome (as is anything off the unfortunately all-too overlooked Symbol Of Salvation). As the show winds down, Bush offers, "It's lunchtime on the West coast. Dinner time in the East. Europe, I know you're gonna have a few more beers before bed. Get on the horn (phone). Call the pizza guy and ask him...'Do You Deliver'?" Said tune is a raucous finale and red lit, to finish the show. 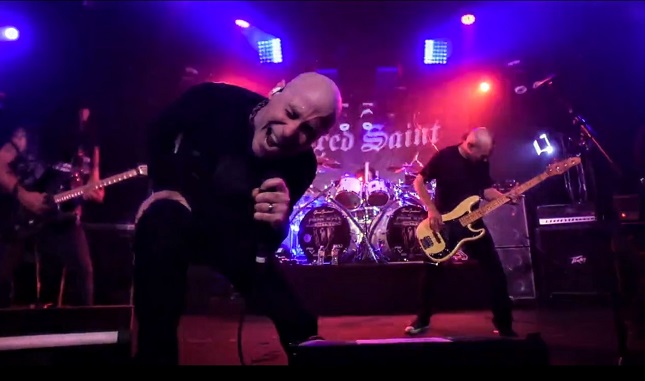 If you get the chance, listen to the truthful/easy-going after-show chat, where all the band members speak freely.  Can't wait to re-connect with Armored Saint, in-concert, again. Judging from their statements, the feeling is mutual.