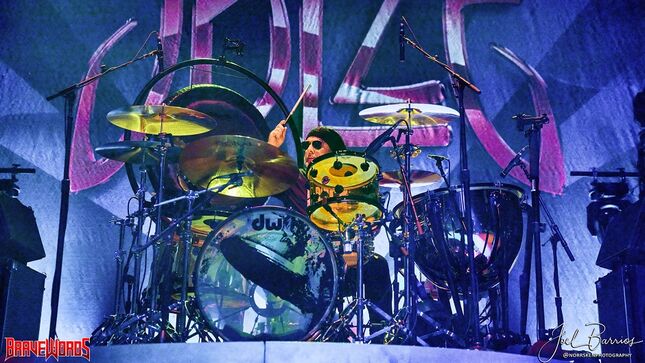 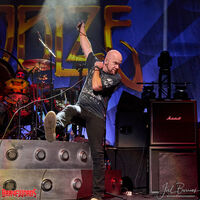 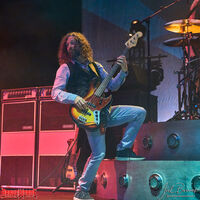 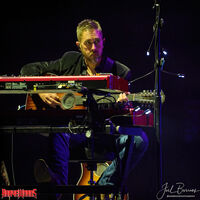 The hard rock exploits of the late ‘60s and early ‘70s seem like a mystery from a long-gone era to the current generation, and is, at best, only partly understood through the emulations put forth by various revivalist bands that have sprung up in the years since. Led Zeppelin stands as arguably the most iconic and ubiquitous name associated with said period in history, boasting a stylistically varied and expansive body of work that arguably paved the way for such disparate musical expressions as progressive rock, heavy metal and grunge; not to mention further expanded upon then existing conventions of blues and folk rock. The task of communicating this monument to the history of rock music to a generation that was not here to witness its construction, and also to keep it maintained for those who were, is naturally best suited for one with an intimate connection to it, and few could boast such a disposition apart from the son of the iconic drummer that provided the original band’s rhythmic foundation, namely Jason Bonham. 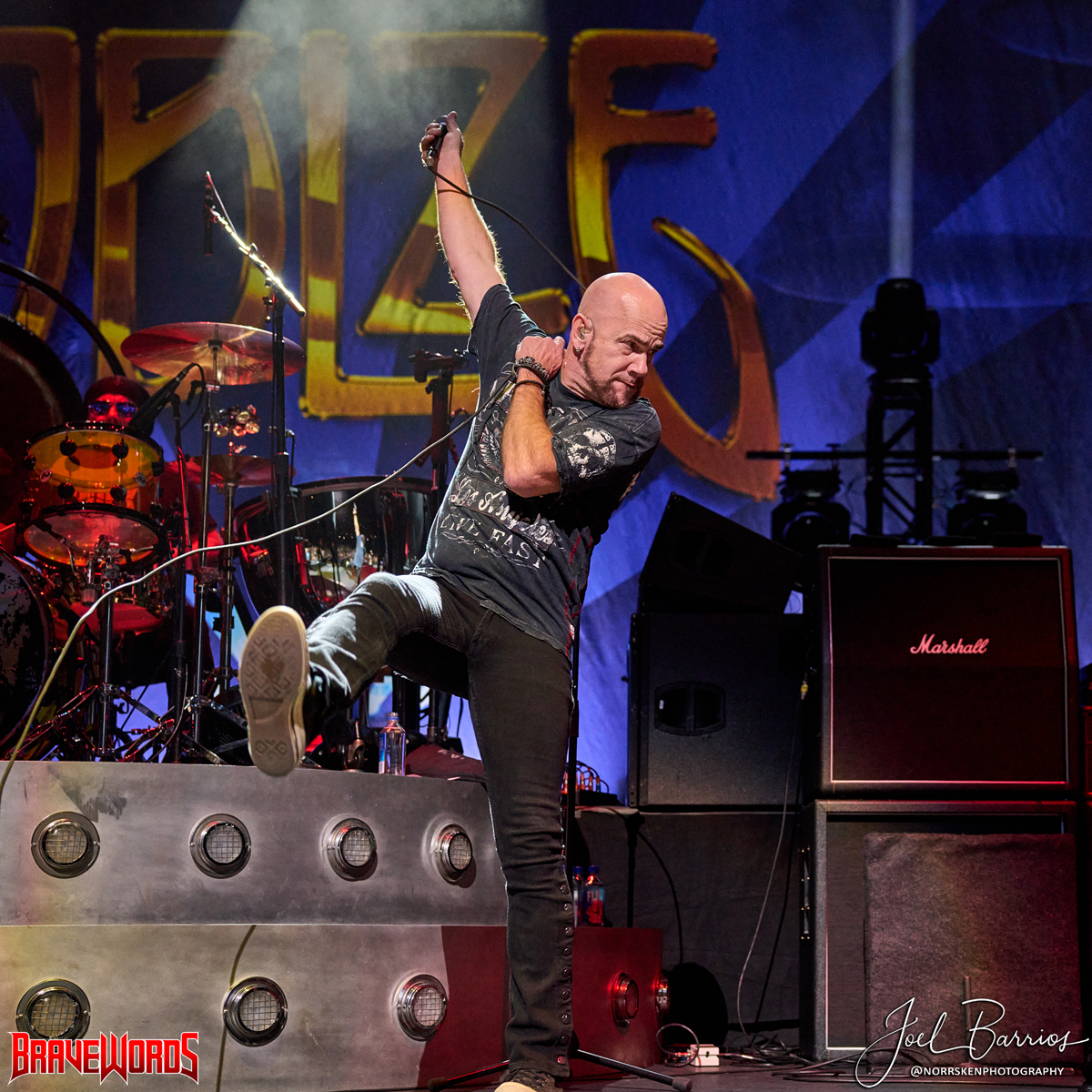 Though the roots of the Jason Bonham Led Zeppelin Experience go back as far as 2009, every subsequent performance has proven a magical journey back to the days when Plant, Page, Jones and John Bonham were reshaping the musical landscape, and their most recent appearance at Hard Rock Live in Hollywood, Florida on December 11, 2022 was no exception. Helmed by vocalist and longtime collaborator James Dylan, whom himself proved a vocal dead-ringer for Robert Plant both when breezing through his standard register and shattering glass in the upper stratosphere, this fold of highly skilled specialists would seamlessly flow through a 2-hour set of certified classics that were as diverse as they were numerous. The iconic role of six-string wizard Jimmy Page would fall to Japanese virtuoso Jimmy Sakurai, whom effortlessly recreated every signature riff and solo of the original studio material, while the precision bass work of John Paul Jones would be emulated by Dorian Heartsong, whom played impeccably and even looked the part of a vintage ‘70s rocker, and the task of further filling the arrangement would be provided by keyboardist/guitarist Alex Howland, functioning as that fifth member that was often present in Zeppelin’s studio work via overdubs but never in a live capacity. 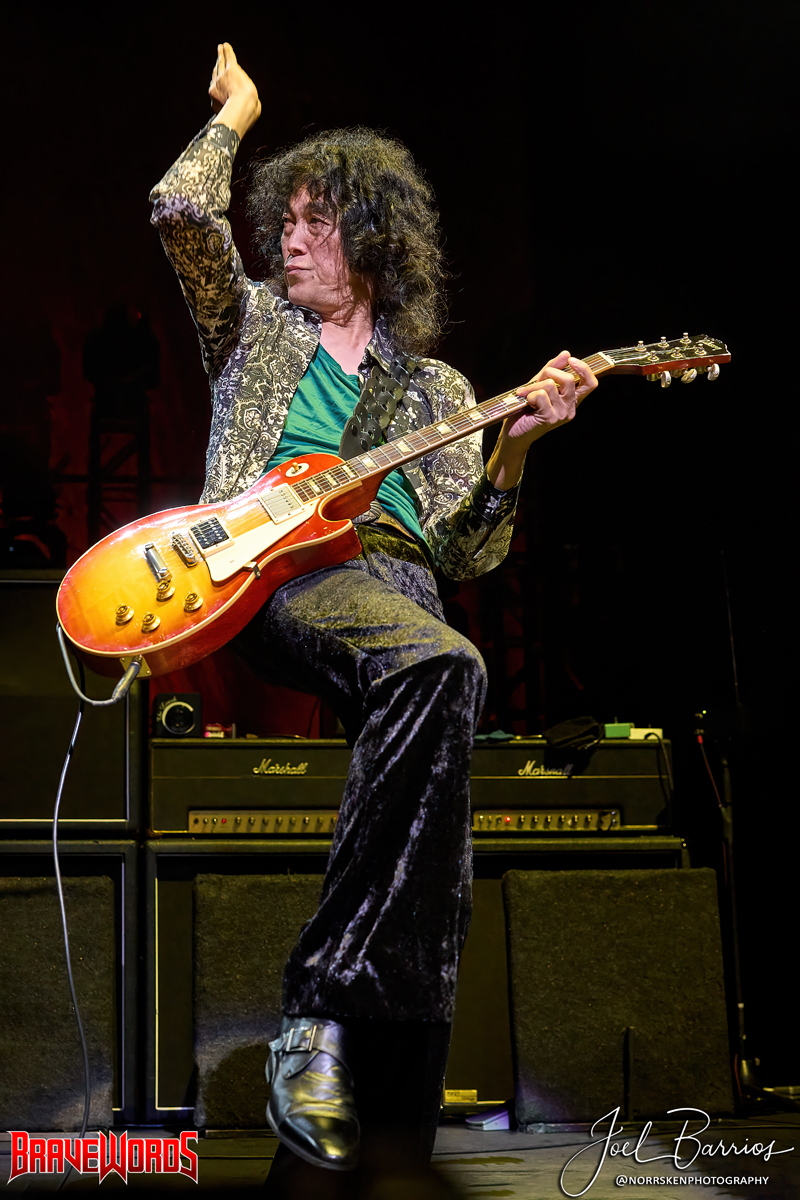 But when all was said and done, the man of the hour would be the one with a direct genetic tie to the original, and though James Dylan was the one delivering the lyrical content of the night to the masses and handling crowd work like a pro while the music was going, Jason Bonham was the de facto front man. Several elucidating anecdotes that have been a mainstay of this tribute band’s routine since the beginning were on full display, including an elaborate story of Jason’s not coming to a full appreciation of his father’s work until as late as 1979, consisting of his original fascination with Police drummer Stewart Copeland and a fateful night where his father took him to not only see the band live, but also meet them backstage after the concert. Other asides in between Zeppelin’s classic odes would be of a more general character, often reflecting upon the past accomplishments of the original band and how it was often overshadowed in the media by some of their offstage antics. Yet when all was said and done, Jason’s words were crafted and delivered to a present day audience and included heaps of thanks and praise directed to the audience for their continued interest with the Led Zeppelin legacy. 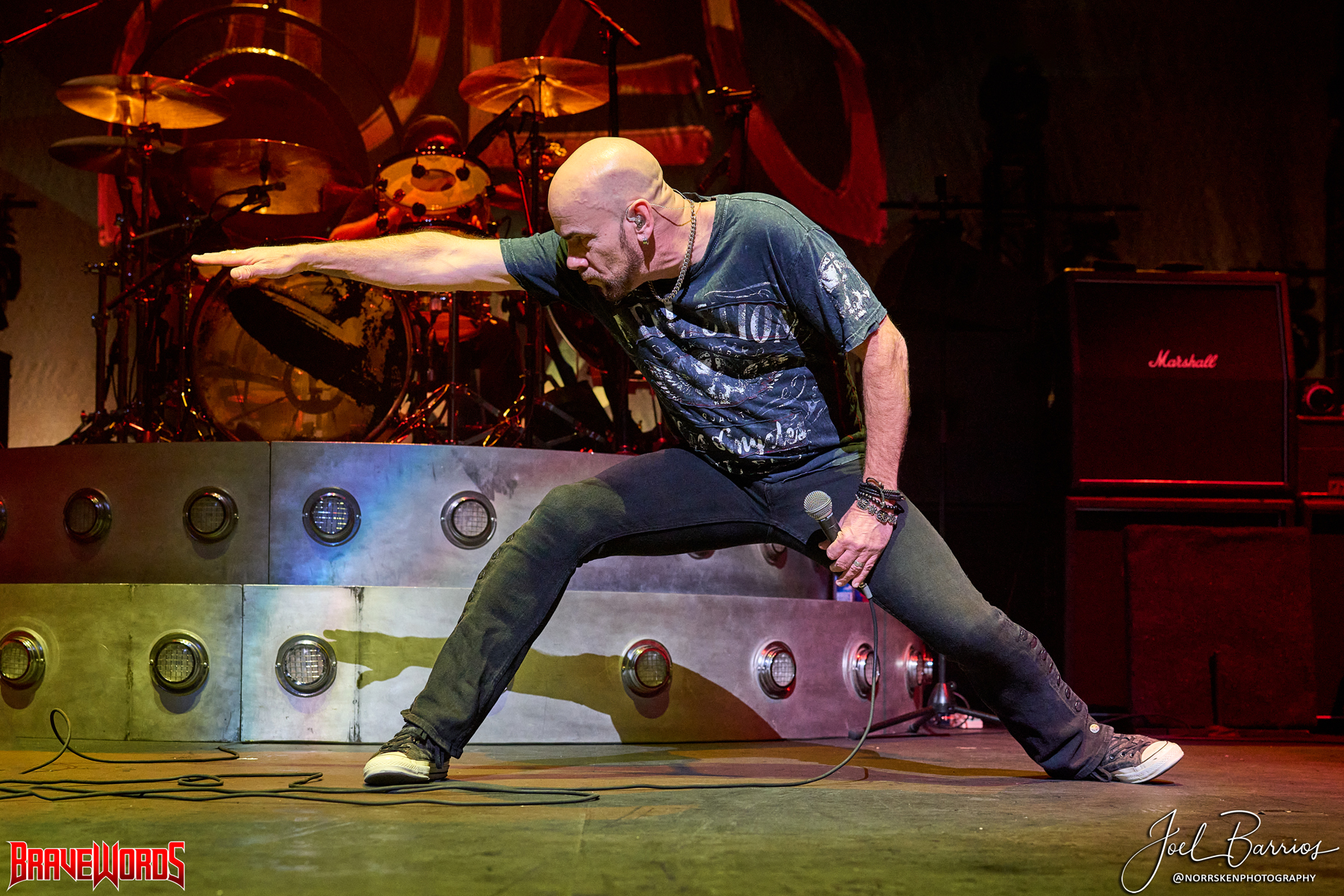 The songs themselves were an inspirational display, combining the pizzazz and mystic charm of the original material with a current, energetic flair that functioned as a veritable time machine 50 years into the past. Kicking off the set was a rousing recreation of proto-heavy metal romp and ode to the Viking age “Immigrant Song”, brining the fire to the torch that would be carried for the next 2 hours something fierce. Other highlight performances would include a towering rendition of dynamic folk ballad turned rock epic “Over The Hills And Far Away”, the bluesy rocking fervor of “Good Times Bad Times”, “Whole Lotta Love” and Zeppelin’s signature cover of Memphis Minnie & Kansas Joe McCoy’s original “When The Levee Breaks”, with Jimmy Sakurai’s masterful guitar display often stealing the show. But when it came to crowd response, the obvious entries of “Kashmir”, “Stairway To Heaven” and show closing banger “Rock And Roll” were the most lauded entries, with James Dylan’s vocal work shining the brightest on the former two while the ruckus made behind the kit by Bonham during the closing of the latter sealed the magic of the entire evening. 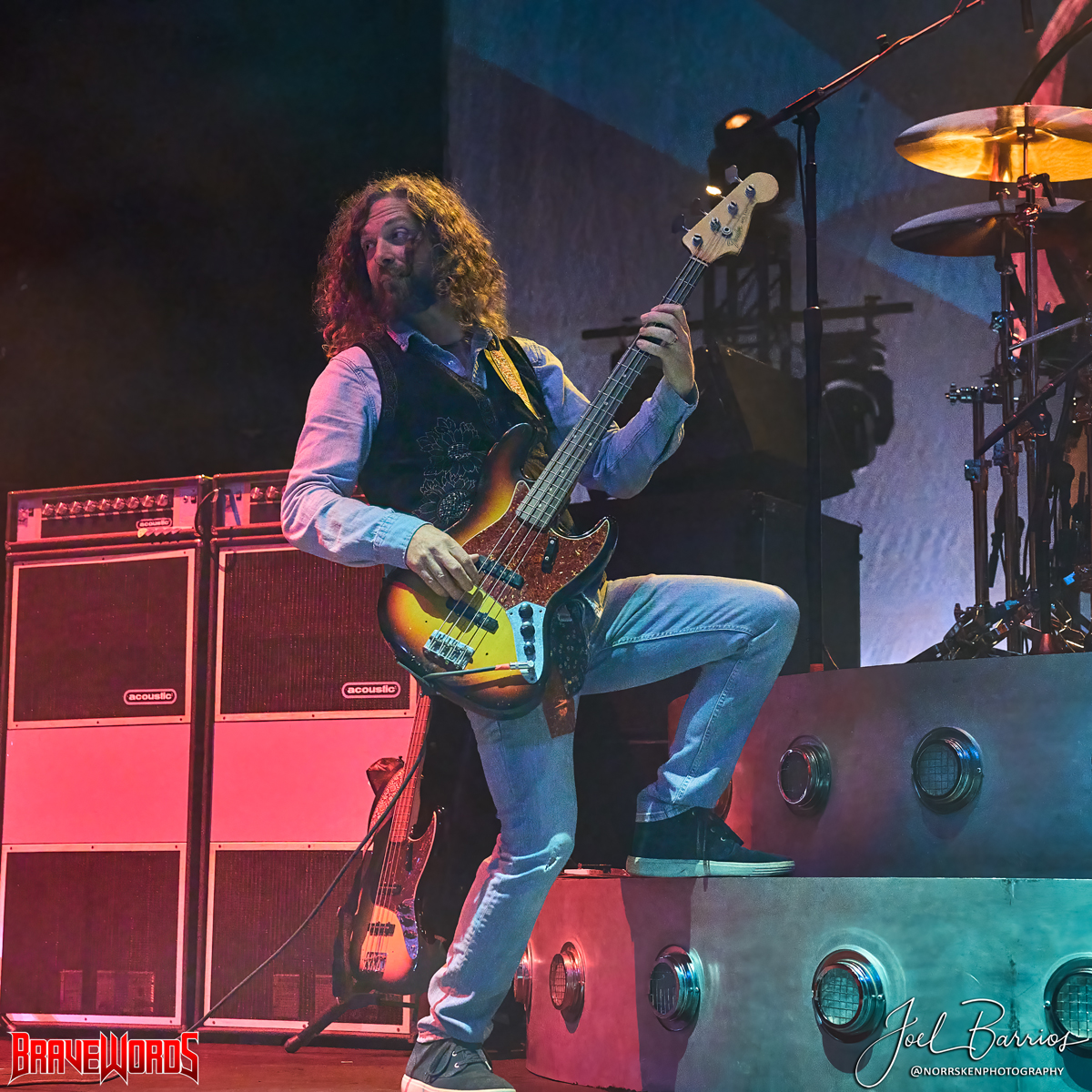 Following the conclusion of this riveting spectacle, it was clear that though nostalgia was a major part of what had transpired, the current day implications of what the music being recreated had accomplished in the years since its inception was at least as obvious. Everyone in attendance had reveled in the same stage of euphoria that those that had witnessed the original version of this phenomenon decades prior would have experienced, and in the cases of the elder attendees that were among the audience it was tantamount to a homecoming experience. It was the total package, with no weak points to speak of, nor was there any moments where the magic seemed to waver to even the slightest extent. Per Jason’s own words in between songs, this was a tour that had started 12 years ago and has continued in spite of his initial insistence of it being a one-off event, but in actuality it was the continuation of something that began more than 50 years ago, and will undoubtedly live on in the years and decades to come. 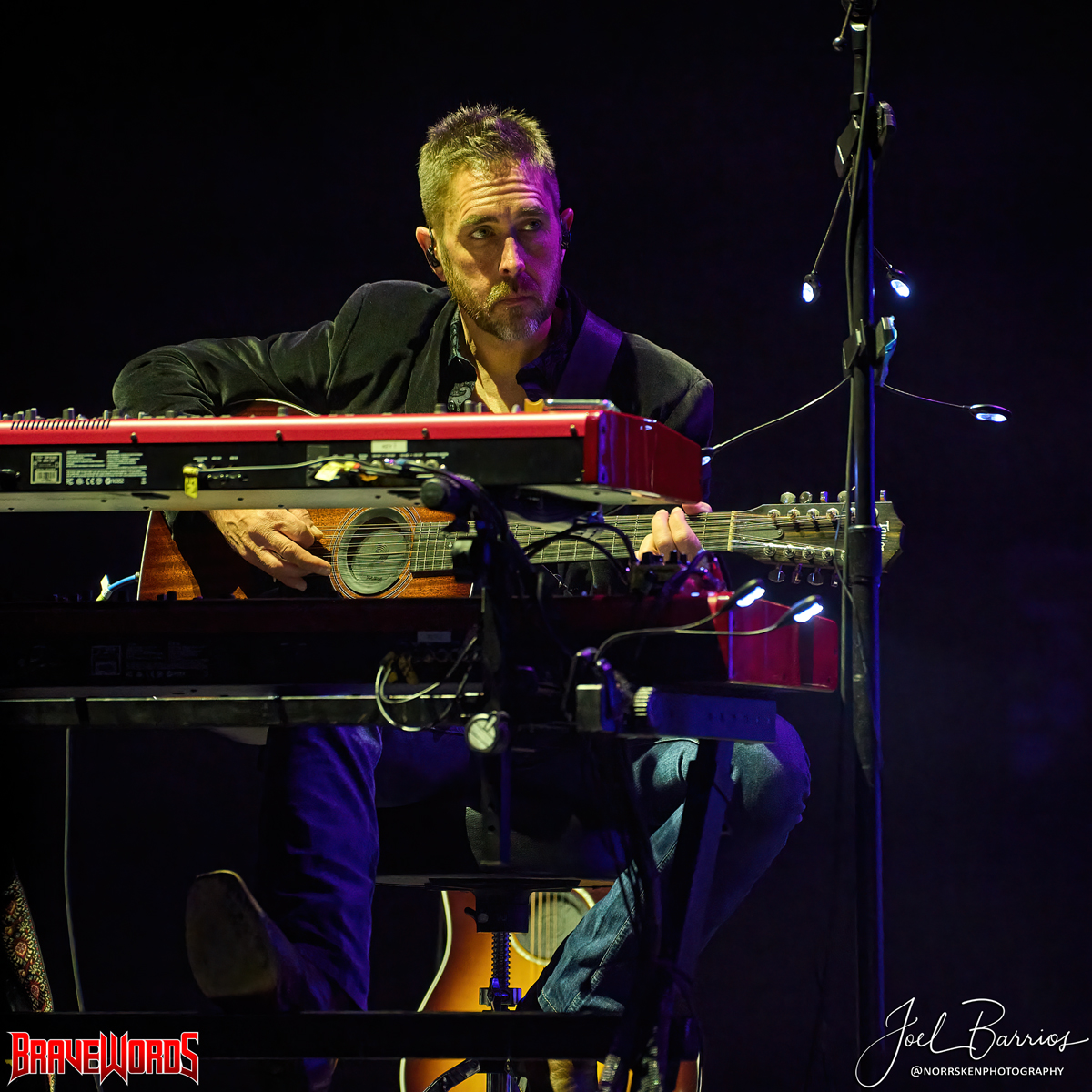