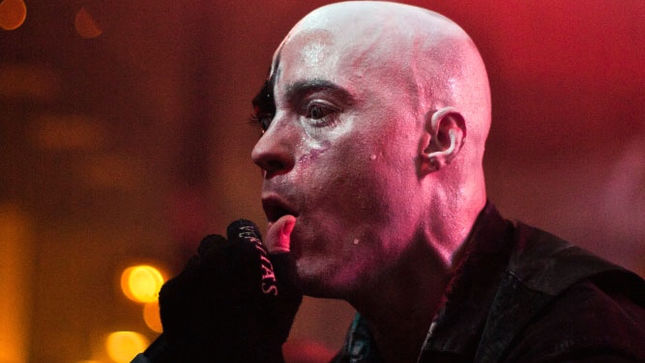 A Killer’s Confession, the new project of former Mushroomhead vocalist Waylon Reavis, has announced that Korn guitarist Brian “Head” Welch has tracked guitars for a guest appearance on their debut single “A Killer’s Confession”, which will be released to digital retailers on Halloween.

The band recently has released a 1:30 studio teaser for “A Killer’s Confession”, streaming below:

From Waylon Reavis Facebook, “So in case you missed it (check out my last live video to find out more), my brother Brian “Head” Welch has graciously recorded guitars for a guest spot on "A Killer's Confession", the first single from the upcoming A Killer's Confession album, Unbroken!!! I can't BEGIN to thank him enough for his incredible support! (And I can't WAIT for you all to hear it!!) Pre-order Unbroken now from EMP Label Group at empmerch.com, and get the single October 29th, two days before it hits digital retailers on Halloween! #teamwaylon #akc #unbroken #korn #family”

The announcement was also retweeted by Slipknot/Stone Sour vocalist Corey Taylor on Sunday, which was also addressed by Reavis via social media: "Wow. HUGE thanks to Corey Taylor for showing love to A Killer's Confession. We are truly, truly, honored."

The making of "A Killer's Confession" video can be viewed below:

Reavis was co-vocalist for Mushroomhead from 2004 to 2015, and appears on the albums Savior Sorrow (2006), Beautiful Stories for Ugly Children (2010), and The Righteous & The Butterfly (2014), as well as other projects including Tenafly Viper, which also featured former Chimaira bassist Jim LaMarca.