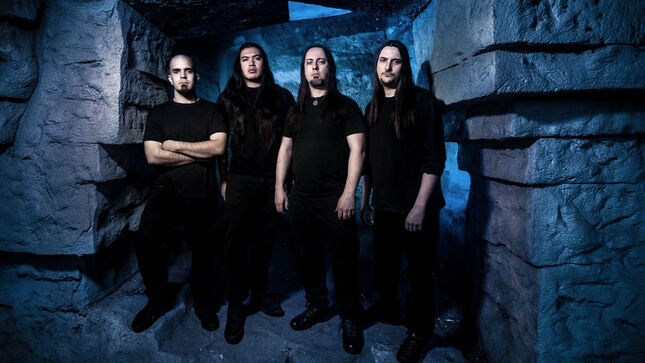 During the height of the worldwide apocalyptic dystopia of 2020, the band persevered and released one of the greatest albums of their career, Phylogenesis. Now, they pick up where they left off, unleashing a solid four-song EP.  Watch a lyric video for the polished re-recording of the band's song, "Blacken The Sky":

Pre-orders for Nightmare Frontier are now live here, as well as from their official Abysmal Dawn online store here. The single and EP can be pre-saved across all streaming services here.

"A Nightmare Slain"
"Blacken The Sky"
"Behind Space"
"Bewitched"

Abysmal Dawn will be embarking on an extensive North American tour as direct support for Obscura. The trek will kick off in San Diego, CA on February 3 and will conclude on March 23 in Fresno, CA.