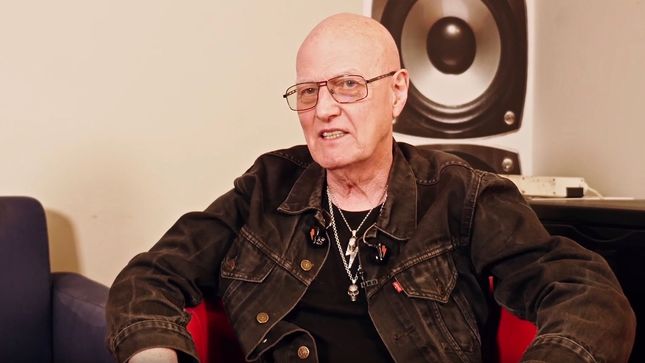 He also gives a hint about the rumoured next AC/DC album with with Guns N' Roses frontman Axl Rose on vocals.

Says Chris: "My lips are sealed. And if I knew, I couldn't say a word anyway. What I usually say is, 'if I tell you, I have to kill you'. Which, perhaps, is not in good taste. I couldn't even start to answer that, I'm afraid."

During a recent interview with The Rock Pit, Rose Tattoo frontman Angry Anderson said Angus Young is working with Axl Rose on a new AC/DC album.

Anderson: "I was talking to Angus earlier last year when we were opening for Guns N' Roses - Angus and I were asked to do the encores and I said to him, 'What are you going to do?' and he said, 'Mate I'm writing a new album.' I thought, 'Cool,' so I asked him who was in the band and he said, 'Axl.' Brian's not there, Phil's not there, Cliff's not there, sadly Malcolm's not there. And yes, it's sad that the original lineup aren't there anymore but it's the songs, people who have supported them all the way through their career - they want to hear the songs. And in a sense we owe that to people, so really it's a debt of gratitude and what we're saying is you've stood by us, we'll stand by you. So Angus - and let's face it he doesn’t need the money - he acknowledges that there are still millions of people around the world that want to hear AC/DC songs played live."