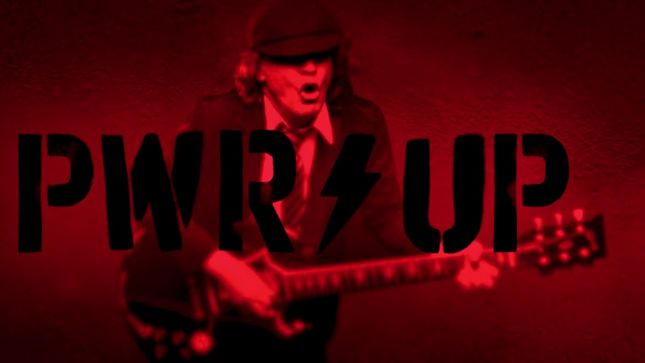 Mike Fraser, long time engineer for AC/DC, guested on the AC/DCFans.net podcast to offer some behind-the-scenes insight on the band's highly anticipated new album, the follow up to Rock Or Bust from 2014. The new album, presumably titled PWR/UP - this has yet to be confirmed - features the return of vocalist Brian Johnson, Angus Young (guitars), Cliff Williams (bass), Stevie Young (guitars) and Phil Rudd (drums),

On getting the call to work on the new album

Fraser:  "I got the call for this record, but no detail. I had no idea, walking in the first day of the studio, what was gonna happen (or) who the personnel of the band would be. As far as I knew, Brian had retired, Cliff had retired, and with Phil and some of his problems he's had, who knew if he was even gonna be allowed out of his country (New Zealand). So, walking into the studio here in Vancouver the first day, I had no idea what was gonna happen. When I got there, none of the band had arrived yet but a lot of their techs were there getting things moved into the studio and set up. One of the guys said 'Hey, you know what's going on?' And I said, 'I have no idea. I just know we're here and we're setting up.' And he says, 'Well, the whole band's here: Brian, Cliff, Phil and Stevie, and they're here and we're ready to rock another record.' It was such a shocking, awesome surprise. It was great."

On the songwriting and recording for the record

Fraser: "I think Angus kind of came into this with a lot of ideas and riffs and not too many completed songs. But that was similar on Rock Or Bust because him and Malcolm had written tons of songs before Mal got sick and eventually passed away. He's got a whole treasure trove of ideas and riffs and all that, so he's probably spent a few years before we came in to do this record pooling ideas together, and then when he came into the studio here, he just sat down with a whole suitcase full of little demo things he had done. He and Brendan O'Brien (producer) would sift through all the ideas and say, 'Hey, that's great. That's a really good song, let's put that riff here...' It's just mostly all these great riffs and ideas Angus had. It was just basically from a stockpile of all these riffs and stuff that Angus and Mal had put together over the years, so they had to sort piece the songs together before we'd record them. They'd probably spend a day or so doing that, and we'd come in, blast off the song. It's pretty much live in the studio; what you hear is what they did, what you get. They fire up pretty quick.

AC/DC have released a teaser for their upcoming new single, "Shot In The Dark", to be featured on the band's new album, possibly titled Power Up. Check out the teaser clip below: