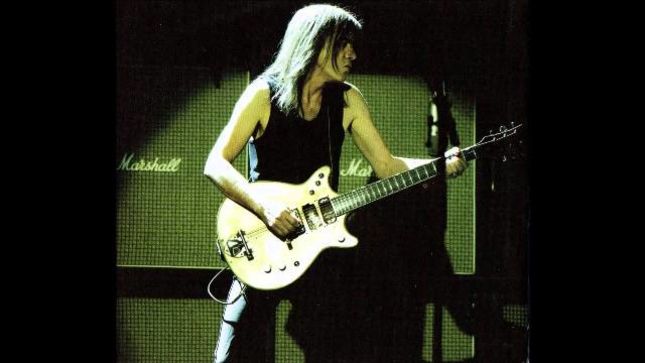 When questioned about plans to write a book covering his own career, Kovac confirmed he was and added "people are (also) gonna find out things about Malcolm Young they didn't know. Before the industry gave (him) that tunnel vision and made him headstrong".

"What people don't realize is that Malcolm's a great lead guitarist, a really good lead guitarist. I've got recordings of Velvet Underground with Malcolm playing lead - when we did 'Cant You Hear Me Knocking' by the Stones, and it's got that long jam at the end - he was the one who wailed out on the solo on that."

According to Kovac, Young had invited him to form a band after the demise of Velvet Underground but declined.

"Malcolm said 'Do you want to come with me ? I'm doing a heavy band, I want to do a lot of Deep Purple stuff'," remembers Kovac. "But I looked at it musically. I didn't like Deep Purple, I didn't like heavy rock. If I had've gone with Malcolm and wound up in AC/DC I wouldn't have lasted three months because I would've railed against the same-iness. I would've left or been kicked out. Our friendship may've suffered and we remained friends up until when he left us."

Kovac recalls when Malcolm once asked him to record drum tracks on the AC/DC album High Voltage ("AC/DC were using a session drummer and were having problems with a few songs") but Kovac was unavailable due to touring commitments.

When asked about his earliest memories of Angus Young, Kovac remembers the time when he saw Angus perform live with his pre-AC/DC outfit Kantuckee (when they supported Velvet Underground).

"We watched 'em and, to be honest, you looked at him and he was a great guitarist. He was great - but there was no lightning bolt where you've seen the future, where you've seen this phenomenal guitarist. People probably wanna hear that it was a lightning moment. He was just this long haired guy with his hair right down to his shoulders, you couldn't see his face and he was playing Mountain and Leslie West stuff. You wouldn't have picked that he'd go on to what he was..."

Kovac also recalls a show which he considers was a turning point for the teenage Angus: watching his brother Malcolm from the audience, performing with Velvet Underground at what was probably Angus' first live show (at Santa Sabina Girl's School in the Sydney suburb of Strathfield).

"That was the night that I reckon he decided 'this is what I wanna do'. When he saw his big brother in that band he thought 'I get it'. He was too young to have seen his bigger brother (George Young) in The Easybeats - except for on TV. That was probably the first live show he went to and he saw his brother and saw what could be done - I think that was a turning point for him."

Malcolm Young died in November 2017 aged 64 after suffering from dementia for several years. Young's beloved Gretsch guitar, "the beast", rested on top of his coffin during his funeral service.

A video compilation of Malcolm Young moments surfaced on YouTube shortly after his death and can be viewed below.

After the traditional Catholic service to mark Young's passing, the cortege made its way down College Street led by the Scots College Pipes and Drums band which played a medley of songs including the guitar solo from "It's A Long Way To The Top", "Waltzing Matilda" and "Road To Gundagai".

Read more and view photos at this location.

Guitar picks are being handed out with programs at the funeral service for AC/DC guitarist Malcolm Young in Sydney. pic.twitter.com/KjUm7Z7ncg

Additional coverage, courtesy of Kathy McCabe and The Daily Telegraph, can be seen here.