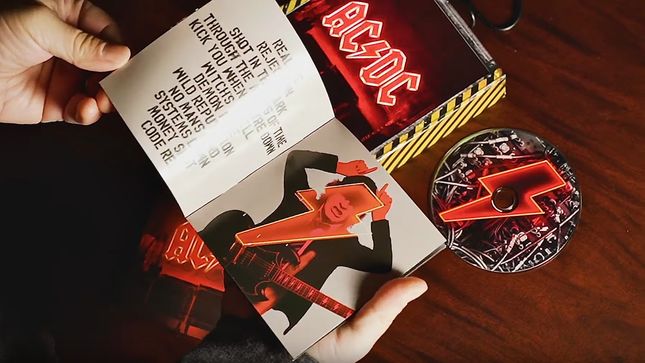 AC/DC will release their new album, Power Up, on November 13 via Columbia Records.

The limited edition, one-of-a-kind deluxe Power UP box is the ultimate fan package. Hit the button on the side of the box and watch the flashing neon AC/DC logo light up while the opening bars of “Shot In The Dark” blast out of the built-in speaker. Inside the box is the full CD package in a soft-pack with a 20-page booklet that features exclusive photos and USB charging cable allowing the box to remain powered up and on display.

"Shot In The Dark" behind the scenes: