AC/DC's New Album "Has Been Delayed," Says DEE SNIDER; "It Has Been Recorded" 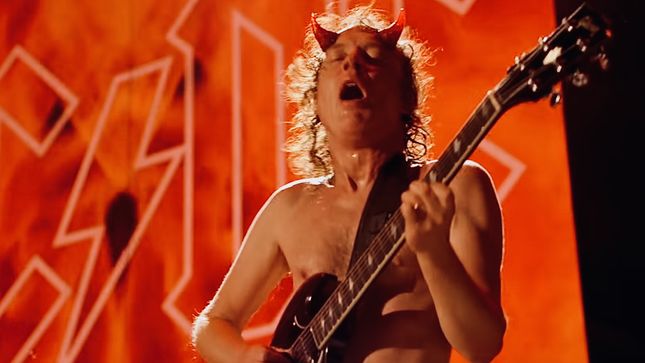 Twisted Sister legend, Dee Snider, has revealed to abcNewsRadio that AC/DC's new album "has been delayed" because of the COVID-19 pandemic, while noting that it "has been recorded."

In his 2019 Twitter comments, Dee echoed reports about the album that first emerged in 2018, that the four surviving members of the Back In Black lineup had recently helped finish recordings from the early 2000s that featured late AC/DC rhythm guitarist Malcolm Young.

"This is gonna be a miracle of technology," Snider tells ABC Audio about the album. "What will be achieved, the reuniting of the band that we know for one more album, is gonna to be uplifting and heartbreaking at the same time. Because nothing goes on forever. But this is the ultimate 'one more time.'"

This month, AC/DC are celebrating the 40th anniversary of their 25x Platinum 1980 album, Back In Black. The first four episodes of the video series, The Story Of Back In Black, are available for streaming below:

The Story Of Back In Black, Episode 1:

The Story Of Back In Black, Episode 2:

The Story Of Back In Black, Episode 3:

The Story Of Back In Black, Episode 4:

Last week, AC/DC released a video for the Back In Black album track, "Let Me Put My Love Into You". Check it out below:

The band previously released the rare videos below, featuring performances of "What Do You Do For Money Honey" and "You Shook Me All Night Long", live from Nihon Seinenkan, Tokyo, 1981.

Back In Black, the band’s seventh studio album, was their first to feature vocalist Brian Johnson, following the death of Bon Scott. The album, produced by Robert John "Mutt" Lange, spawned the singles "You Shook Me All Night Long", "Hells Bells", "Back In Black", and "Rock And Roll Ain't Noise Pollution".