AC/DC Were In Tour Rehearsals Prior To Pandemic - "As Soon As We Get The OK Sign, Maybe We Can Get Out There," Says ANGUS YOUNG; Audio 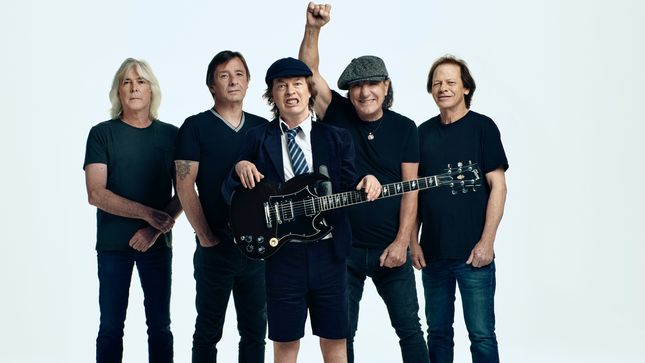 AC/DC guitarist Angus Young joined Triple M's The Hot Breakfast ahead of the release of his band's new album, Power Up.

Angus looked back at the bands long relationship with Melbourne and the importance of the pubs and clubs for the band, saying: "All of that beginning is what got us anywhere in the world."

He also talks about the new album, the current AC/DC lineup, and future touring. Listen to the full interview below:

AC/DC will release Power Up on November 13 via Columbia Records.  The Limited Edition Deluxe Lightbox, CD, Vinyl and Digital Download editions of Power Up are available for pre-order here. The official AC/DC store also has an array of pre-order options, which can be viewed at this location.