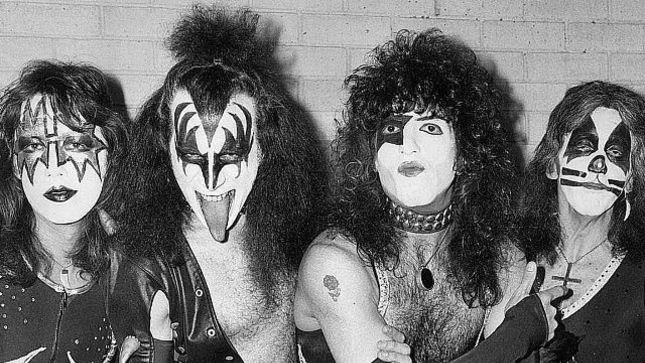 Founding KISS guitarist and Rock And Roll Hall Of Fame member, Ace Frehley, recently guested on The Disc Dive. In the installment below he looks back on the KISS debut album, Hotter Than Hell, Dressed to Kill, and Alive.

Frehley: "For years, we tried to protect our identity. That was our gimmick: when in the makeup nobody knew what we looked like without it. I can't remember how many times Bill Aucoin (manager) told me we paid off a photographer who had photographed us without makeup to squash it. And a lot of the magazines got pictures of us but wouldn't print them because they were selling so many copies of magazines with KISS on the cover with makeup - they didn't want to ruffle any feathers. The magazines kind of played along with us, and I think the first time a magazine printed a picture of us without makeup was Scream."