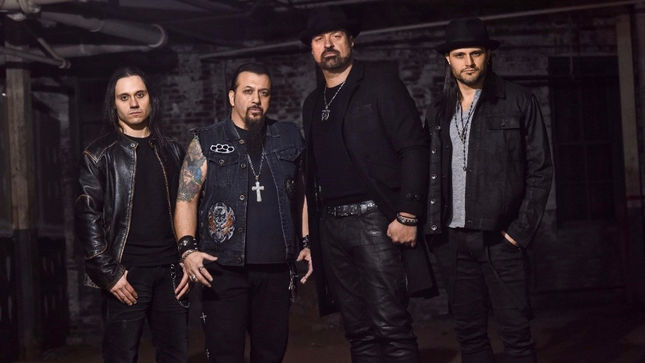 Bassist David Zablidowsky - better known as David Z in metal circles for his work with the Trans-Siberian Orchestra, Adrenaline Mob and ZO2 - was killed in a three-car accident on a Florida highway recently  that injured seven others. The Florida Highway Patrol reports that Zablidowsky died when a tractor-trailer veered off the highway on Friday, July 14th into the Adrenaline Mob RV, which had pulled over to repair a flat tire.

Currently topping the Adrenaline Mob timeline feed on their Facebook page as a tribute to David Z is a post dated June 30th simple entitled Doobie Mob, featuring the band jamming on their tour bus. Check the video out below.

Ultimate Jam Night will honor David Z at its long-standing show in residency at Hollywood’s Whisky A Go Go on Tuesday, August 1, 2017. The event will feature some of rock music’s biggest names. Doors open at 8 PM. The event is free of charge and will be broadcast worldwide on Zinna.TV.

The night will center on long-time Ultimate Jam Night show host Paul Zablidowsky, who is the brother of the deceased Adrenaline Mob bassist.

Although lesser known than his contemporaries, David Zablidowsky was active in developing young people through music.

To continue his legacy, the David Z Scholarship Fund has been created for the music school at Brooklyn College. Contributions can be made at the event or via the following secure web address here. Please mark all funds with the designation “David Z”.