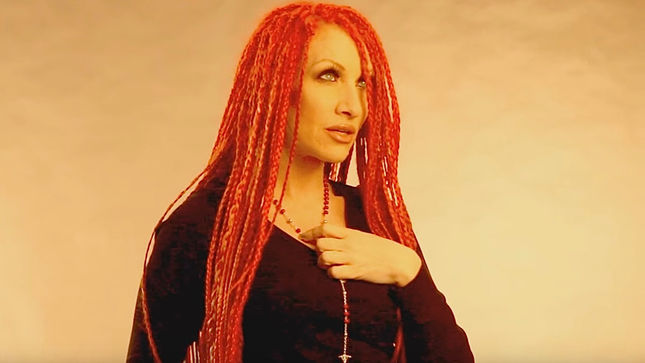 In regards to the death of Adrenaline Mob bassist David Z., guitarist Mike Orlando issued the following statement: "I cannot begin to thank you all for all the prayers and thoughts. I'm trying to process and deal with this, physically and mentally... so I'm sorry for being vague. We've literally experienced hell on earth. I'm absolutely broken, both physical and mental. I love you Dave, I will miss you more then words can say. You were one of the sweetest souls I've ever known."

Drummer Jordan Cannata commented: "I don't even know where to begin so I will start by saying thank you for all of the love and support from everyone. We are all devastated and will need some time to physically and mentally cope but the outpouring of love has been nothing short of inspiring. David Z... I love you, I miss you, and send my heartfelt condolences to your family and friends. To the rest of my bandmates and crew, I love you all. Please keep everyone involved in your thoughts and prayers. Thank you everyone. RIP David Z."

Frontman Russell Allen issued the following: "Yesterday I was involved in an accident that took the life of my dear friend and bandmate, David Z, and left three of our crew in critical condition. I'm overwhelmed with sorrow. I am so grateful for the outpouring of love we have received from around the world. Please continue to pray for David's family during this difficult time. And those in critical condition.

“I want to personally thank Marine Lance Cpl. Patrick Dumon for his bravery in assisting me pull our driver Jason from the wreckage and for attending to his wounds. And for helping me to secure and attend to Jane once I was able to get her free from the fire. Without his selfless act of courage I would not have been able to get them clear of the RV before it was engulfed in flames. On behalf of my band and crew I thank you."