ADRIAN VANDENBERG Talks Being Invited To Join WHITESNAKE By DAVID COVERDALE - "We Had Instant Chemistry On A Personal Level; I Knew We Were Going To Work Together Sooner Or Later" 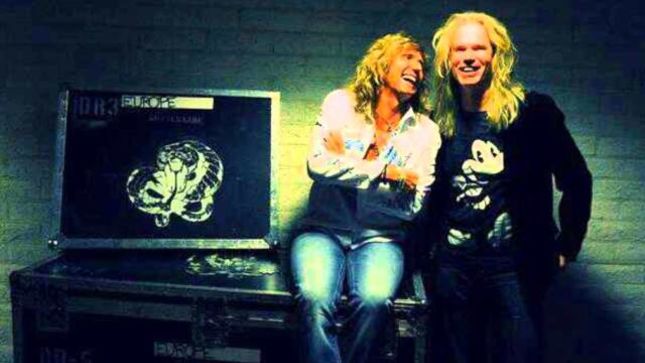 Former Whitesnake guitarist Adrian Vandenberg is featured in a new interview with Full In Bloom, which will be available in full on October 9th. An excerpt from the interview is available below, with Vandenberg discussing the events that led to him joining the band.

Vandenberg recently guested on the Eddie Trunk Podcast, and during the chat he looked back on recording guitar parts for "Here I Go Again", the smash hit from Whitesnake's self-titled album released in 1987. All guitar parts on the album were recorded by John Sykes except for the breakthrough single.