AFTERMATH Release “There Is Something Wrong” Lyric Video 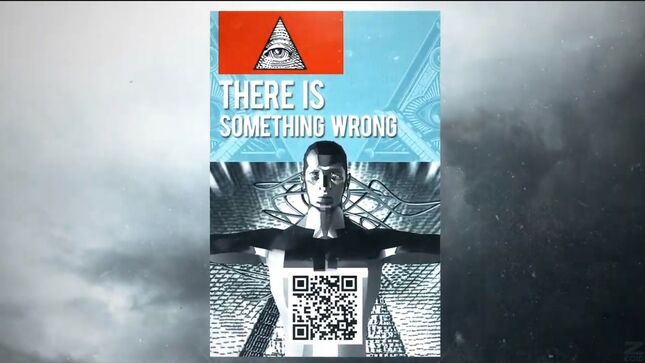 Chicago thrashers Aftermath have released a lyric video for the title track off their most recent album, There Is Something Wrong.

The band states: “The use of an animated human throughout the video is a strong symbolic image of what those in power want the new world to look like. No originality, no individuality and no independent thought. They want humanity to disappear and this song and video serve as a wakeup call to all of us."

More from singer Kyriakos 'Charlie' Tsiolis: "I grew up always questioning authority. I never understood what gives them the right to tell me what to do. I follow the 'Golden Rule'. I don’t need someone to tell me what is right or wrong. I am not your child. That feeling was there as a kid and continued to grow over the years. I have no idea why or what caused me to see the world like that. I must have been born this way. Back in the early days of the band all my lyrics were somewhat based on this. I just wasn’t as aware then as I am now. We wrote a song called 'Chaos' back in 1986. That song was about questioning everything and everyone including your parents. It was about challenging authority and the stories they force fed you. I didn’t know why I felt something was wrong in the world, but I KNEW IT WASN'T RIGHT. As I got older and read and researched things I figured it out.

“Listening to 'Chaos' all these years later I realized I now had the answers to the questions I had in those lyrics. If you listen to 'Chaos' you will hear part of the lyrics in 'There Is Something Wrong'. Listen to these lyrics and you will hear me answering those lyrics. Wake up world before it’s too late."