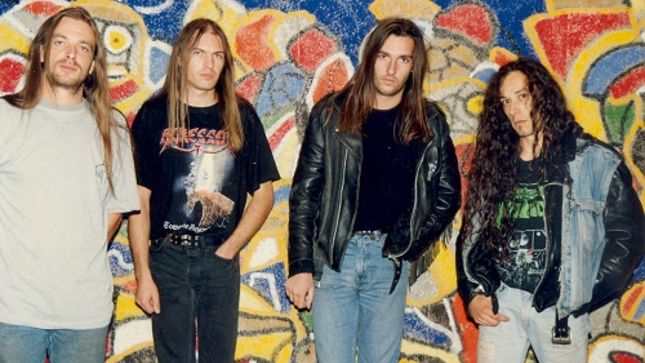 French death metal innovators Agressor have released three new live videos in celebration of The Order Of Chaos box set, which will be released tomorrow, December 4, via Season Of Mist.

The live performances of "When Darkness", "Deathreat", and "Warrior Heart" were filmed at Le Splendid in Lile in 2007. The box set is available to order here.

The Order Of Chaos box set contains three releases: Medieval Rites (1999), The Spirit Of Evil (2001), and Deathreat (2006), with new bonus material and a 24-page booklet with previously unpublished pictures and live photos. The cover art, created by Philippe Druillet, can be seen below.