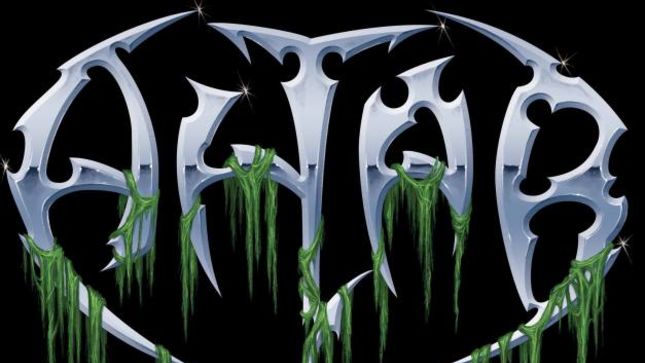 German nautical doomsters Ahab have launched a special line of shirts with the following update:

"Slowly we row! Going back to our youth and our '90s idols with new tribute merch: our little Obituary worship."

The shirts are available via Ahab's online shop here. 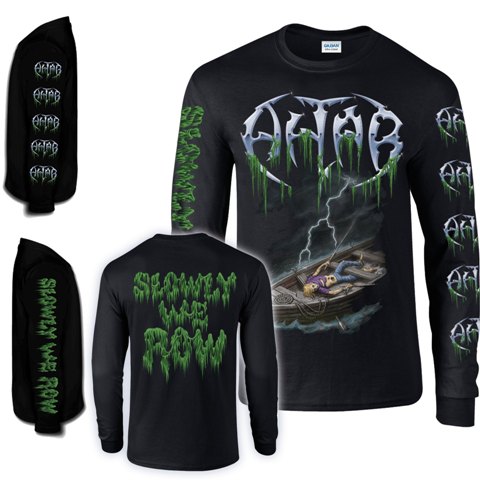 Ahab recently released the first single, “Old Thunder”, off their first live album, Live Prey, which was released on June 26 via Napalm Records.

Originally released in 2006 on the band's pathbreaking full length, The Call Of The Wretched Sea, this blackened doom anthem will take you on a thunderous journey between slow-motion grooves, big riffs, haunting melodies accented by the guttural vocals of Daniel Droste, and an apocalyptic sound as you would experience it front row at an Ahab show. “Old Thunder” is accompanied by a music video that contains loads of live and off stage footage, as well as touring snapshots, highlighting the bands message: It's a big “thank you” to all of their fans and supporters worldwide who have joined the band in their funeral doom journey throughout the past 15 years.

Drummer Cornelius Althammer on “Old Thunder”: "Throughout the last 15 years, we’ve gained a lot of experience, on and off stage, to create the incomparable Ahab sound and feeling. 'The Hunt' is probably one of our most classic picks to choose, but with a length of nearly 17 minutes, it simply blows up the playtime of a regular single even more than other songs. So, here you go! Except the length, 'Old Thunder' is in no way inferior to 'The Hunt' - thank you all for so many years of loyalty. Without YOU, we wouldn't be the same band now!”

For Live Prey, Ahab chose the finest selection of live tracks - originally released on their pathbreaking 2006 album, The Call Of The Wretched Sea! Gracefully nestled in between slow-motion grooves, rampant riffs, and haunting melodies, and accented by the angelic but guttural vocals of Daniel Droste, the listener will experience an apocalyptic live sound as if they are standing in the front row at the band’s unforgettable show.

Featuring five extreme doom anthems such as “Below The Sun”, the majestic beast “Old Thunder”, or the almost 17-minute long magnum opus “The Hunt”, Live Prey is the ultimate live record by the undisputed sailors of slow heaviness. An indispensable must-have album that belongs in every well-sorted doom and especially Ahab record collection.

Cornelius Althammer: "We are pretty proud to present our first live album: These songs were written a long time ago, even before we became a proper band. Over the years and with a bunch of new live experiences, the songs have evolved and we were finally given the chance to capture them in a way they deserve. The days you have seen us perform them live, the way the songs have developed - you were able to witness the process on how we became Ahab."

Live Prey is available in the following formats: 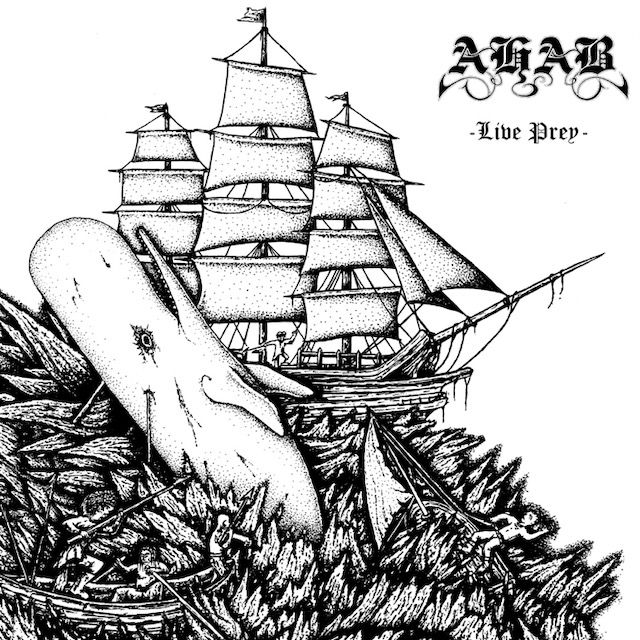