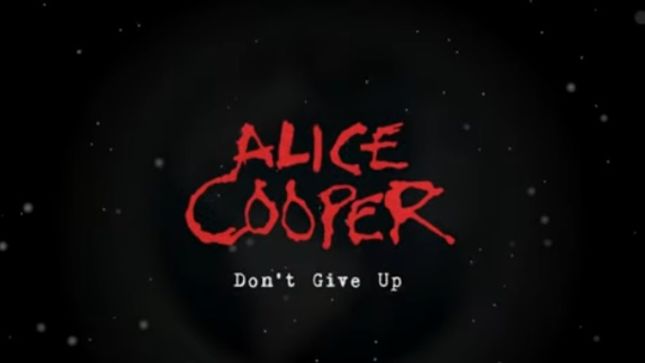 Rock legend Alice Cooper has released his new single and video for ”Don't Give Up”, produced by Bob Ezrin (Pink Floyd, KISS) using remote technology and it's a spontaneous reaction to the challenges facing us all right now. Alice Cooper felt the need to talk directly to his fans from isolation in his home where he is working to finish his upcoming album. It's Cooper's shout-out to keep our heads high, to stay strong, and to fight back together.