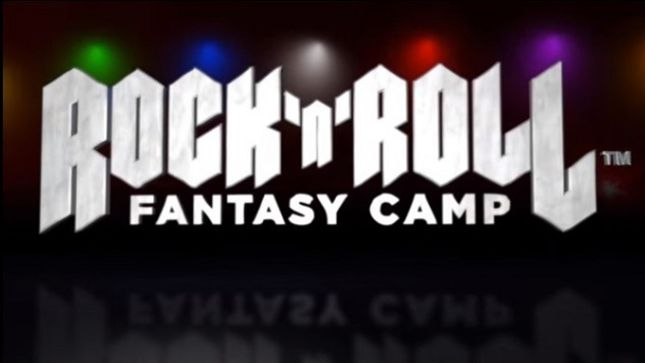 Rock and Roll Fantasy Camp is welcoming back to camp in Los Angeles Jerry Cantrell and Mike Inez of Alice In Chains and Dean and Robert Deleo of Stone Temple Pilots.

The last time these incredible musicians participated in camp was such an amazing experience, so they are bringing them back for Volume II.

The hard rock architects of contemporary classics like “Rooster,” “Would?” and “Man In The Box,” Alice In Chains have sold more than 14 million albums in the United States (nearly 35 million worldwide!) released two number-one albums, had 21 Top-40 singles, and has received an astounding nine Grammy nominations including a “Best Rock Album” nomination this year for Rainier Fog. 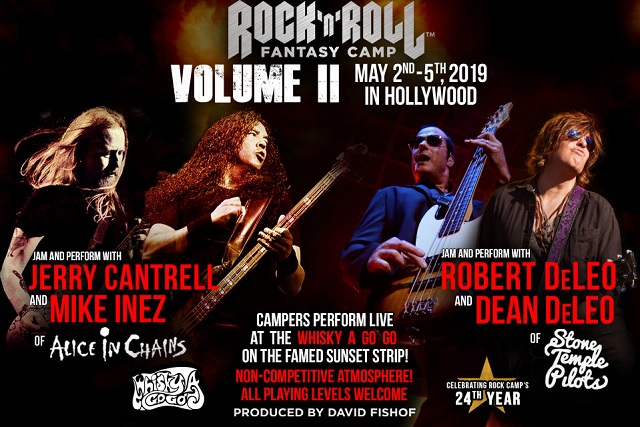 A perfect blend of hard rock, power pop and elegant groove, Stone Temple Pilots is one of the most commercially successful rock bands of the past three decades, selling nearly 40 million records worldwide. The band has had 16 Top-Ten singles on the Billboard rock charts—eight of which peaked at No. 1! —and one No. 1 album for Purple in 1994. That same year, the band won a Grammy for "Best Hard Rock Performance" for the song "Plush" from the album Core.

Also, register today and you'll receive a complimentary special VIP package where you will attend lunch with all of our rock star counselors as well as the rock star counselor rehearsal prior to the opening of camp!  Watch the counselor rehearsal as they prepare for their live show finales and join them for a catered VIP lunch. This event is held at the private Rock and Roll Fantasy Camp facility and will only be added to your package if you register now!  USE CODE "VIP" to add this limited time only exclusive event to your Rock and Roll Fantasy Camp experience.  Space is limited!  This Special Offer Is Only Good Until This Sunday February 3rd at midnight.

Make no mistake, this will be a monumental camp filled with some of the greatest musicians and music from the 90’s to the present day. Come celebrate the experience with us and celebrate the legacy of these incredibly influential and inspiring artists as you live out YOUR rock and roll fantasy by performing with them.