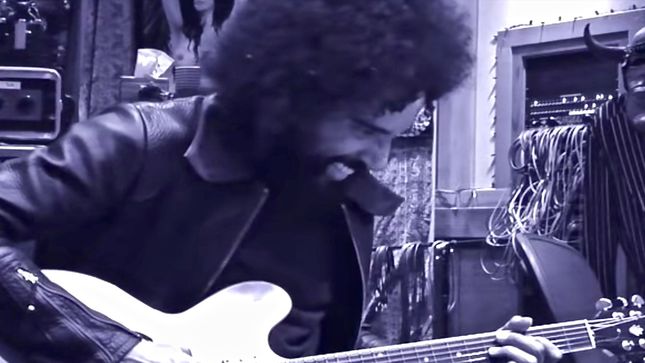 Alice In Chains have posted the video below, stating: "We put this video together 10 years ago while recording Black Gives Way To Blue, and now feels like the perfect time to share it with you. Filmed by Todd Shuss.

"In honor of the album’s 10th anniversary on Sunday, we want to give away a special BGWTB merch bundle. To partake, share a post on IG telling us your favorite song on the album and why. Tag us, and hashtag #BGWTB10. Your account must be public for us to view it. Winner will be announced on Monday at 12 PM, PT." (Shipping limited to US/Canada)