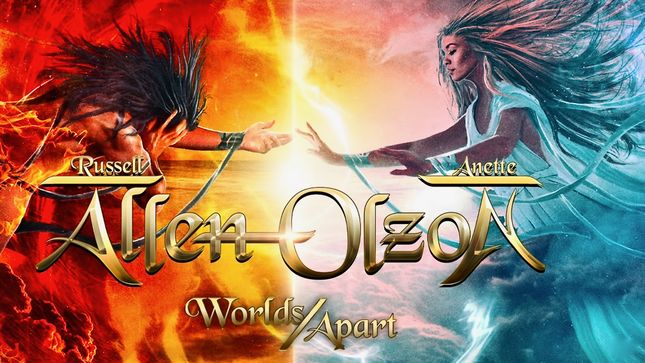 Frontiers Music Srl have released Worlds Apart, the debut album from the new project Allen/Olzon. Listen to the song "What If I Live" below, and order the album here.

Inimitable singer Russell Allen (Symphony X, Adrenaline Mob) and acclaimed Swedish guitarist, songwriter, and producer Magnus Karlsson (Primal Fear, Magnus Karlsson’s Free Fall) have collaborated successfully on three critically acclaimed albums where Russell dueted with Norwegian singer, Jorn Lande. After a break in their collaboration on said albums, where Timo Tolkki stepped in and oversaw an album, Magnus has returned to the fold, but with an exciting new twist to the formula. This time, Russell and Magnus welcome none other than the amazingly talented Anette Olzon (ex-Nightwish, The Dark Element) to the fold as Allen’s vocal partner and offer up an unbelievable new duets album.

If you love Allen/Lande’s first three albums, but also Delain, Within Temptation, Nightwish, and the like (but with a slightly heavier edge), then
this is simply an album you must hear. 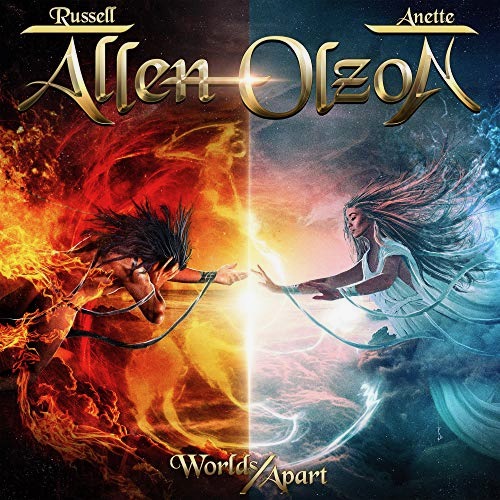