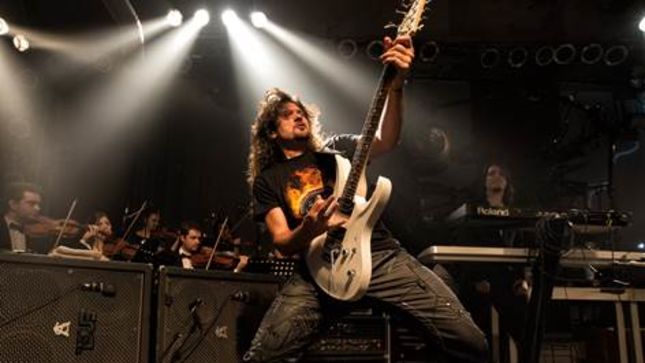 Few weeks ago, the announcement about the separation of the current Rage line-up caused some furor within the metal scene. While founding-member Peavy Wagner decided to continue Rage with new members, guitar player Victor Smolski set his mind on following his passion for neo-classical, orchestral metal and continue on the path that ended up with the Lingua Mortris Orchestra debut LMO.  This marks the birth of new band called Almanac.

“Almanac is the continuation of the concept, which I started back in 2013 with LMO,” says the guitar player and adds: “The well-known faces of LMO stay the same: both female singers Jeannette Marchewka and Dana Harnge, as well as the Orquestra Barcelona Filharmonia. On top of that I am proud to announce that we also have two outstanding male singers joining us: Andy B. Franck (Brainstorm) and David Readman (Pink Cream 69)! All of them offer me the possibility to add more variety and a new musical dimension to the new tracks’ arrangements.”

At a later point, Victor Smolski will announce the bass player and drummer of Almanac – but their baptism of fire is close: “I will present the whole new band on our first live appearance on the Musikmesse Frankfurt,” reveals the guitar wizard. Almanac will perform on April 16th at 17.30 CET on the Agora Stage.

Victor Smolski plans to enter the studio even in 2015 and record their debut album. More info will follow about that shortly.